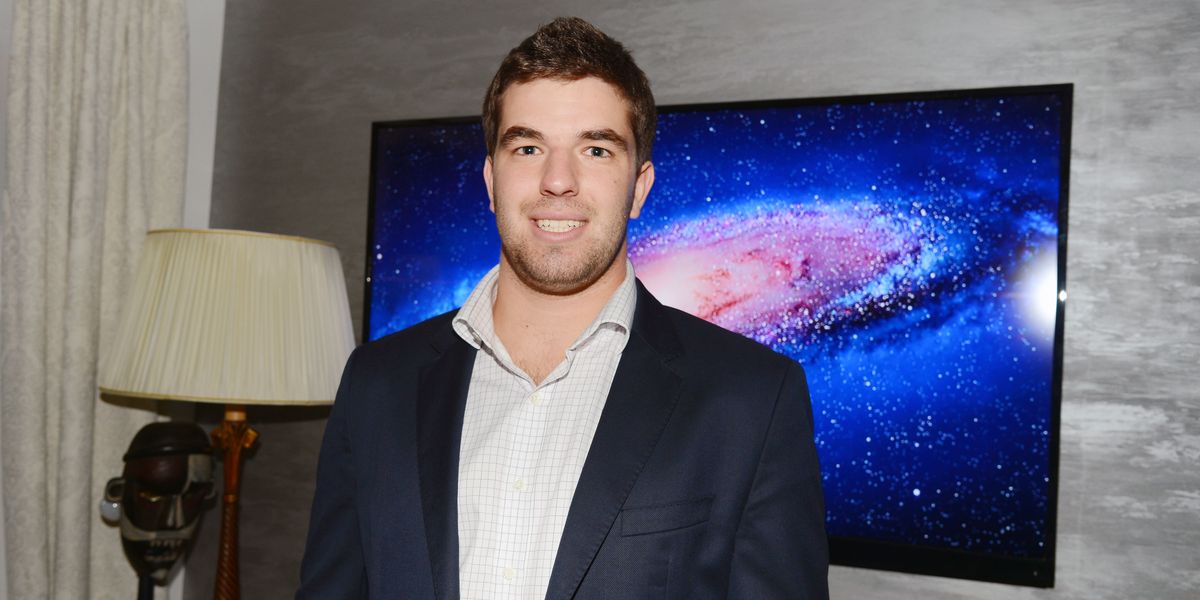 Billy McFarland, the compelling scammer who brought us Magnises and Fyre Festival, is writing a memoir from prison. New York magazine got the scoop on the entertainingly titled Promythus: The God of Fyre, which McFarland is reportedly self publishing with the help of his Russian model girlfriend Anastasia Eremenko. My favorite character from Hulu's Fyre Fraud documentary!

According to New York's Madison Kircher, McFarland reached out to freelance book editor Josh Raab in February through Eremenko. Raab told Kircher he was given access to a rough manuscript that McFarland handwrote while behind bars — he's currently serving a six-year fraud sentence. McFarland would send his manuscript pages to Eremenko as letters, and she'd dutifully type them up.

Raab, who eventually declined to edit Promythus, told New York that McFarland's manuscript has a redemption arc of sorts — the fraudster wants to tell the "raw" story of what went down at Fyre Fest rather than the biased versions depicted on Netflix and Hulu. His inspirations reportedly include the Wolf of Wall Street guy Jordan Belfort. He intends to use the book's profits to help clear his multi-million dollar debts.

The most compelling takeaway from Raab's weird experience as an almost-editor of Billy's Fyre Fest book? McFarland is supposedly planning to use Andy King, the man who he once encouraged to give blow jobs in exchange for goods and services, as its publicist.

Andy and Anastasia, seek treatment and stop communicating with this terrible man. Billy, please email me some pages.