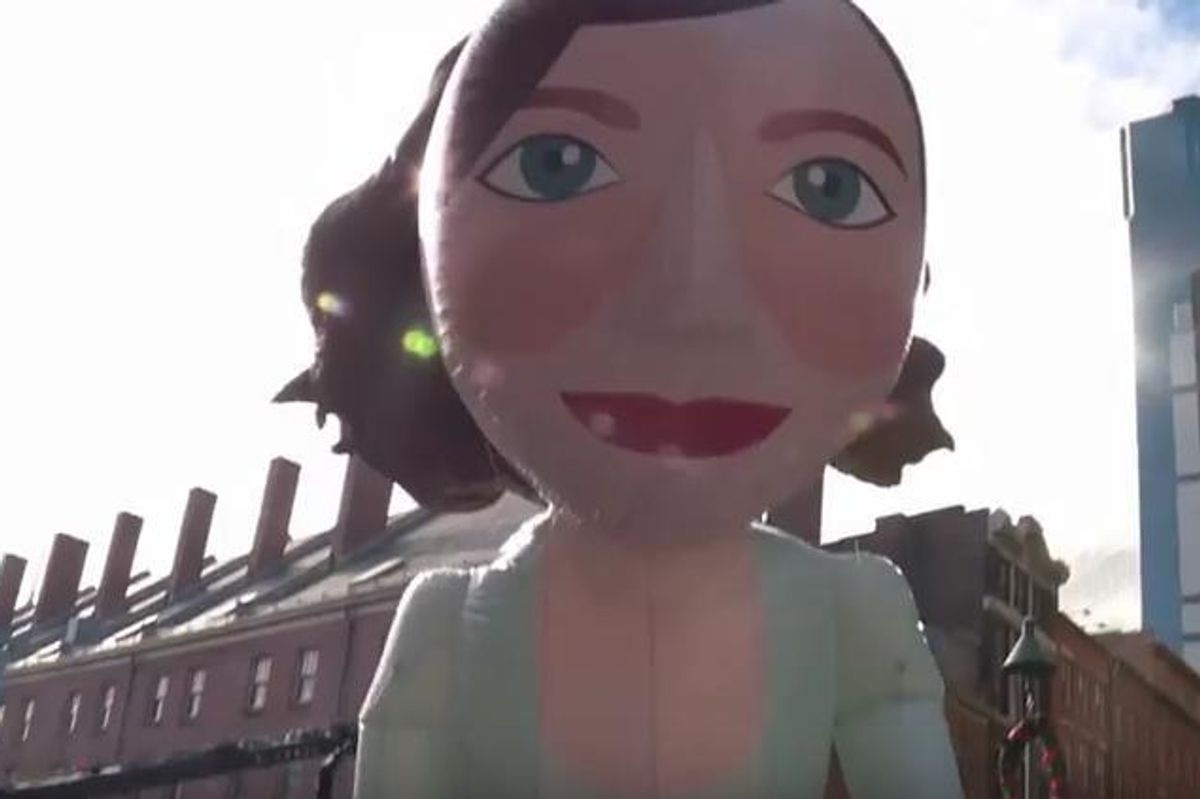 NYC-native Billy Eichner pulled out all the stops for his Thanksgiving-themed episode of Billy On the Street this Thursday, giving us his version of the often unbearable Macy's Thanksgiving Day Parade.

"The parade kicks off today with one of my FAVORITE holiday characters...ROONEY MARA!"

A United States of Tara homage: