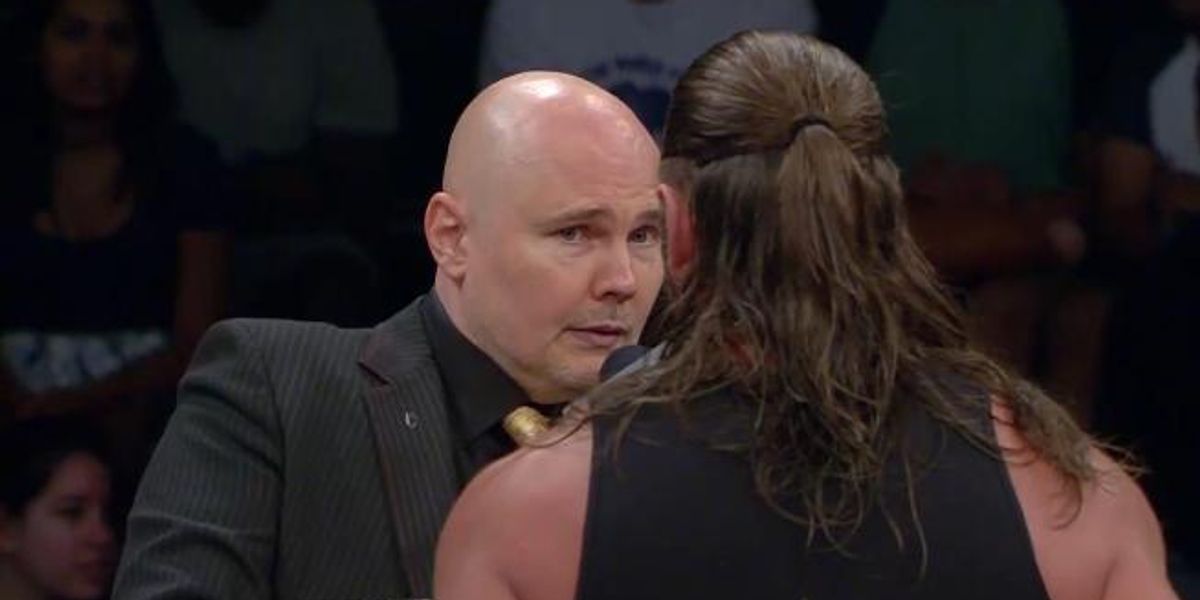 Acting as a ref for the TNA show Impact Wrestling, Corgan--clad in a pin-stripped suit--reprimanding wrestler James Storm for some illegal actions in the ring.

Storm gets in Corgan's face, for a supernaturally corny exchange.

Corgan: "I think your actions here have proven my point."


Storm: "Let me tell you something, Billy Corgan. I've beaten the crap out of a lot of men in my life, but I've never gotten a chance to beat the hell out of a rockstar. And if our paths ever cross again, I'm gonna be able to write that off my bucket last, because I'm going to smash your pumpkin."

Brb, writhing on the floor in second-hand embarrassment.