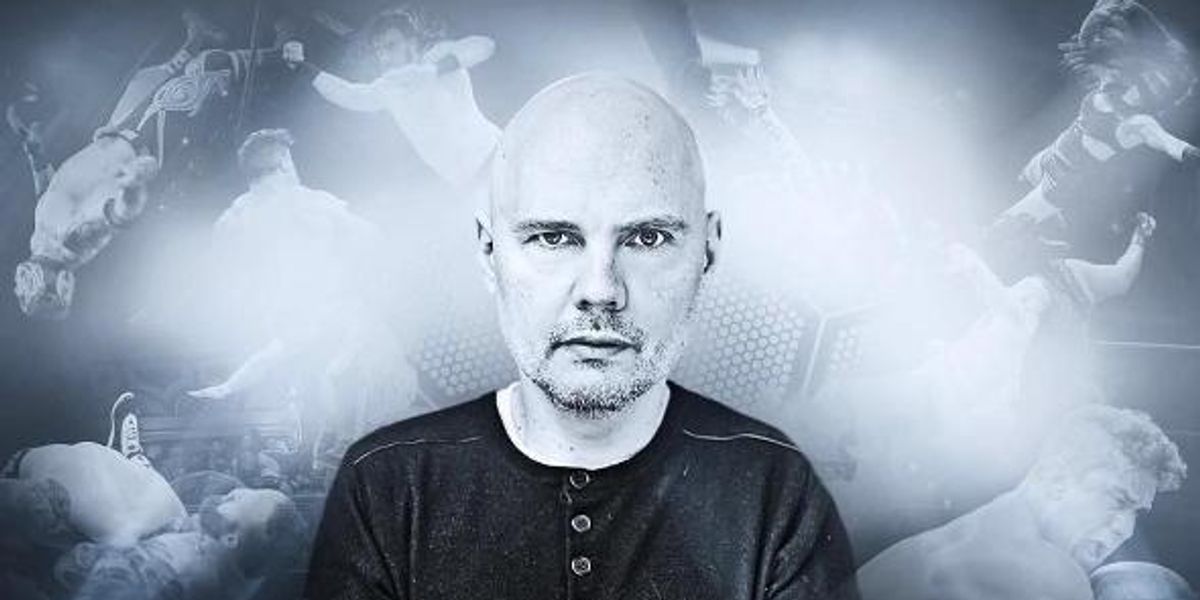 Billy Corgan Is Now The President Of A Pro Wrestling Company

In addition to being just a rat in a cage, Smashing Pumpkins frontman Billy Corgan is now the president of TNA Wrestling, the second largest pro wrestling company in America after the WWE. If you, like me, had no idea that Billy Corgan had any previous relationship to pro wrestling, let alone a long and storied history with the sport, I'll give you a minute to let this video blow a hole in the fabric of your reality...

This is a lot. So news flash - Gen X whine messiah Billy Corgan has been involved with pro wrestling for over a decade, founding an independent wrestling company called Resistance Pro-wrestling in 2011. He parted ways with Resistance when an in-the-works reality TV show for AMC fell apart and took some time off to Pumpkin out.

But the call of pro wrestling was too powerful to ignore. Last year, Corgan became Senior Creative, Producer, And Talent Development for TNA Wrestling, where he helped develop storylines for the wrestlers and wrote a brand new theme song for the Impact Wrestling TV Show entitled, 'Roustabout'. Billy also appeared several times as a character on Impact Wrestling...

Wow wow wow. Apparently Billy did an amazing job at TNA, because yesterday he was named President of TNA's parent company, IMPACT Ventures. In a statement coinciding with the announcement of his new position, Corgan said:

"I believe in this company, its passionate fans, the talented roster and the dedicated staff and crew. I am committed to this great opportunity and will use all of my resources and connections to drive the success of this company. This year we have made significant strides in establishing a strong foundation for our future and will be aggressive in continuing to evolve and grow the IMPACT brands.

Also, a message to the haters:

Congratulations Billy, we hope today is the greatest day you've ever known.