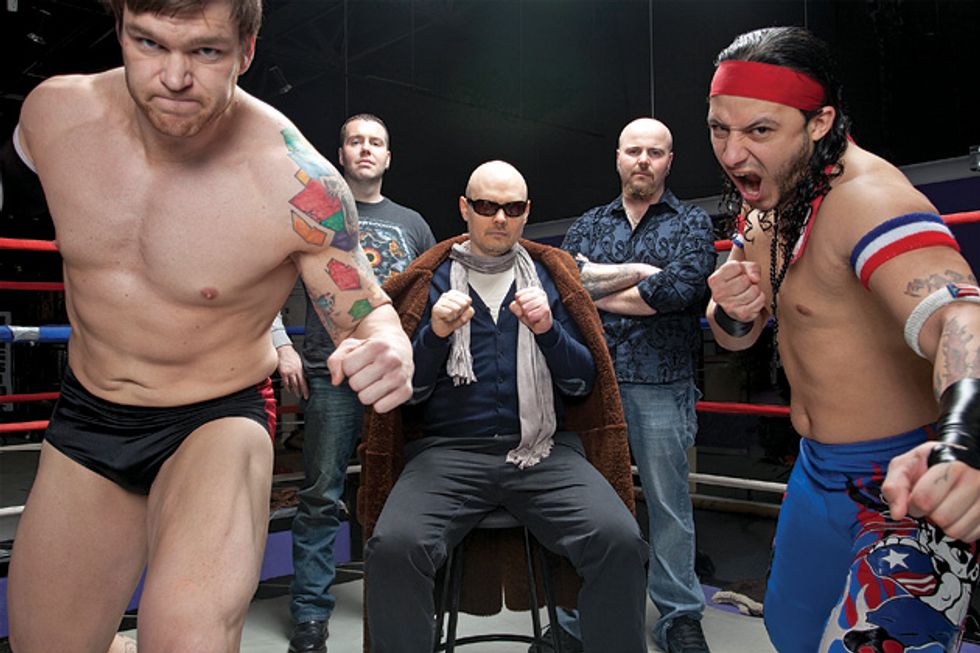 Billy Corgan Is Now Working for a Pro Wrestling Network

by Elizabeth Thompson
PAPERMAG
In this week's edition of Oh No, What Are You Doing Billy Corgan: The Smashing Pumpkins frontman and on-again/off-again F.O.C. (friend of Courtney) has announced he's going to join  TNA Wrestling (that would stand for Total Nonstop Action Wrestling) as a senior producer in their creative and talent development department. A longtime fan of pro wrestling, this isn't totally out of field for Corgan, but still: What?

According to a press release, Corgan will "develop characters and create story lines for TNA's flagship program Impact Wrestling." A quick spin through the TNA site shows Corgan could be writing arcs for wrestlers with names like Abyss, Gunner and HAVOK. In an interview with Variety, Corgan said he's less interested in sticking to comic book-esq villains-versus-heroes plots, and will instead explore race and transgender issues.

Corgan has been all over the place for years, ruining the Lower East Side, courting Jessica Simpson and Tila Tequila, posing on the cover of Paws Chicago with his two cats, and doing a music residency in a Chicago tea shop based off the writings of the Sufi mystic Rumi  -- what's another detour down WTF Lane?

His new job, per the press release, is effective immediately.