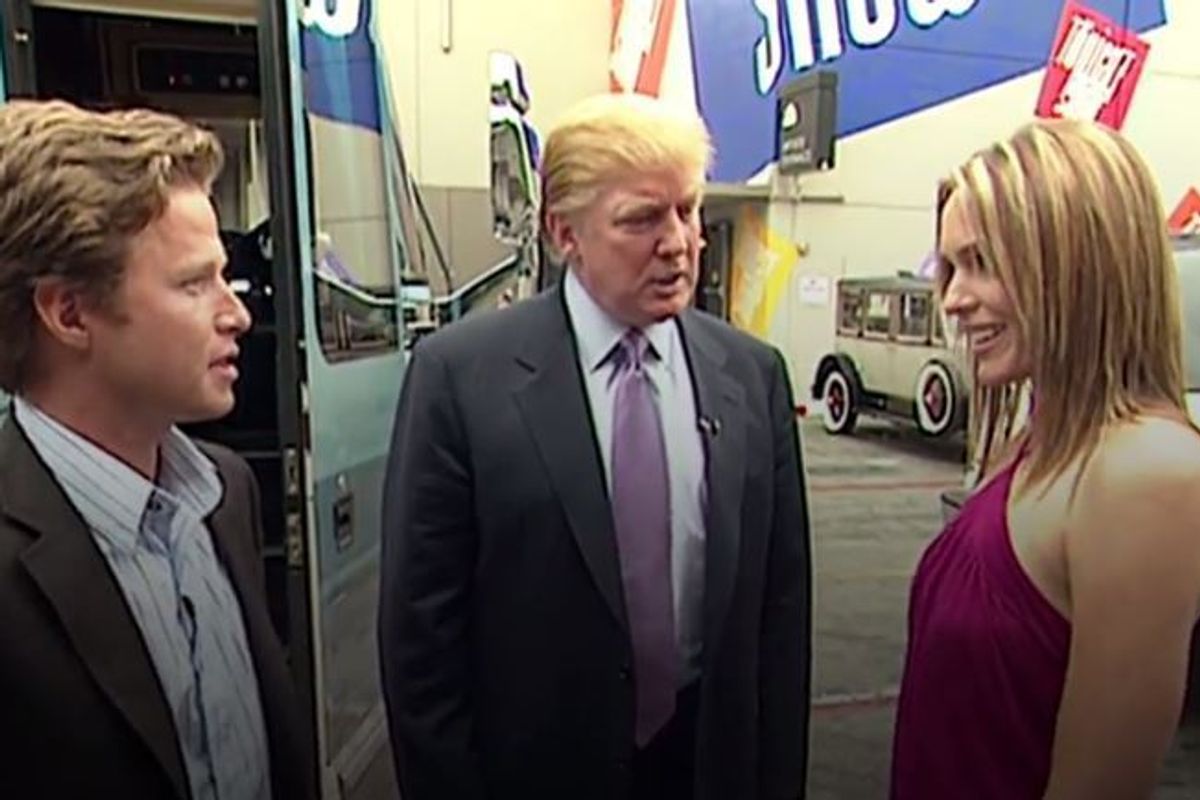 Billy Bush Will Probably Not Be Returning To The Today Show

As we now know, Billy "Locker Room Smut Daddy" Bush has been suspended indefinitely from his co-hosting job at NBC's Today Show, in the wake of the bombshell b-roll audio from a 2005 episode of Access Hollywood that was released on Friday, where Bush laughs/encourages/chimes in on Donald Trump's horrific boastings about sexually assaulting women.

Now, it's being reported that the defamed television/sentient forehead host may never return to his sweet gig, with Bush's Today Show co-hosts lightly addressing the matter, including Al Roker, whom Bush engaged in a viral argument over Ryan Lochte's fraudulent Rio de Janeiro robbery story this summer.

Of this current suspension, Roker said, "As you can see Billy Bush is not joining us today as you're probably aware. Part of that 2005 Access Hollywoodtaping with Donald Trump that's been in the news all weekend. NBC, which owns Access Hollywood, has suspended Billy for his role in that conversation pending further review."

Savannah Gunthrie also supplied a blunt summation of the matter:

A memo from NBC emailed internally to the Today Show "family," and, of course, obtained by everyone else, was a little more stern in its statement:

I know we've been deeply troubled by the revelations of the past 48 hours," the e-mail stated. "Let me be clear—there is simply no excuse for Billy's language and behavior on that tape. NBC has decided to suspend Billy, pending further review of this matter.

Other sources, including some previously employed by TODAY, speculate that Bush may never work there again.

That voicemail has since been removed.