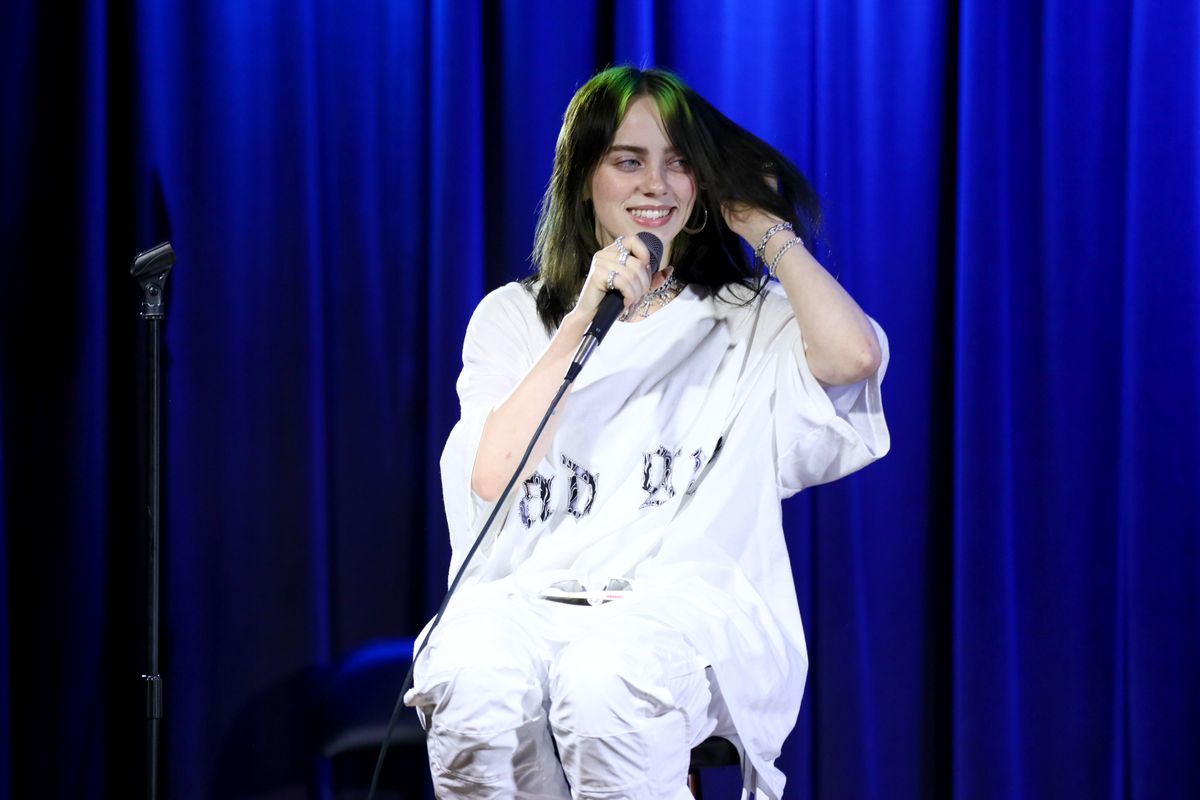 In the lead up, Eilish and Harrelson have filmed a wholesome promo clip. The premise is Eilish (17) getting shown around the iconic NBC sound stage like she's a transfer student to a new high school. Billie was famously homeschooled, so in a way this is her first big locker room experience.

Harrelson, an SNL vet who has hosted three times previously, proves a helpful and skateboard-toting guide — while Colin Jost, playing absolutely to type, makes a cameo as a jock/bully antagonist alongside Michael Che. You've also got Heidi Gardner as a class president Type A Tracy Flick type, Kenan Thompson as his usual cynical self, and Melissa Villaseñor as a woman making a joke that doesn't quite land. Sadly no Bowen Yang sightings.

We hope everyone's nice to Billie! Colin, please leave her alone. It's shaping up to be a big season for both guests and hosts: future pairings include Phoebe Waller-Bridge and Taylor Swift (!), plus David Harbour and Camila Cabello. Kristen Stewart and Eddie Murphy are also slated to host, with musical guests TBA.

Watch Billie and Woody's promo, below.