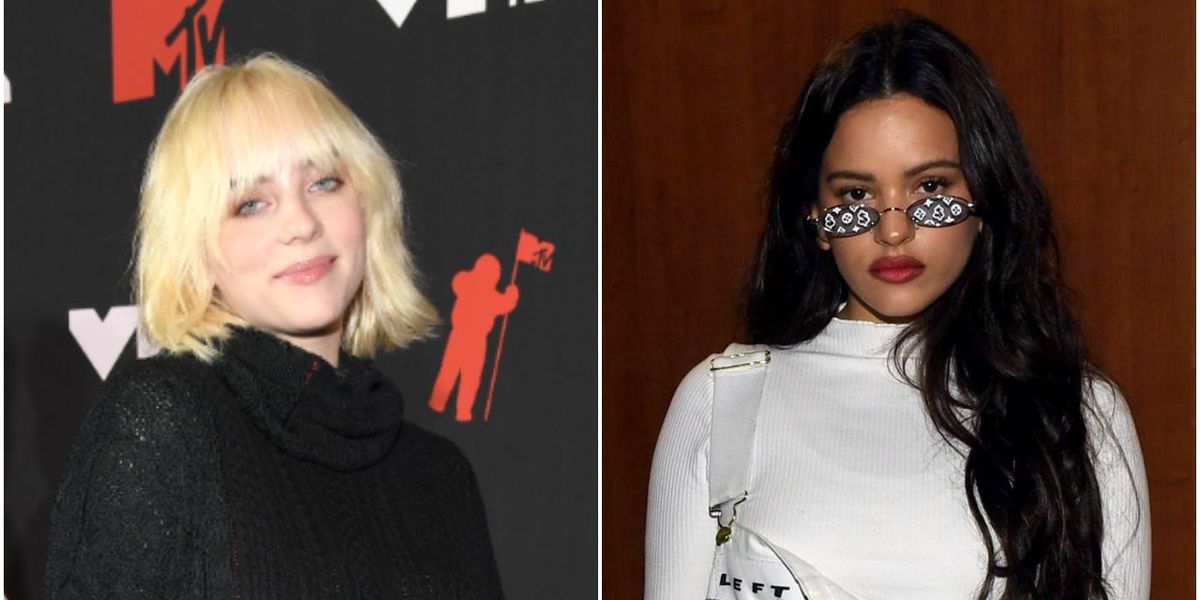 The internet isn't happy about Billie Eilish and Rosalía winning the award for Best Latin at the 2021 VMAs.

On Sunday, the duo took home the title for their song "Lo Vas A Olvidar" over the likes of Shakira, Maluma, Karol G, J Balvin, Tainy and Bad Bunny. And while a couple of the nominated songs also featured guest spots from English-speaking artists, Billie and Rosalía's win ended up reigniting the debate over who's considered a Latin artist and, for the most part, people weren't all too happy about the results.

After all, Rosalía won the very same award in 2019 for her J Balvin collaboration, "Con Altura," which already rankled a number of people given she's a white European woman. And for many, this year's win was even more problematic since Billie is also a white woman, meaning that two non-Latin American artists had somehow taken home the honor for Best Latin just because Rosalía sings in Spanish.

Related | Do Billie Eilish and J.Lo Have Beef or Are You Projecting?

"Two white women won the Latin award," as journalist Sandra E. Garcia tweeted, while another added that their win felt "like an insult."

Two white women won the Latin award. Y’all did this. Por estar en coro. I can show y’all freedom but y’all won’t like it https://t.co/WMwyYcutgf

the fact that Billie Eilish and Rosalia won best Latin at the #vma feels like an insult pic.twitter.com/gIzkeWUIC4

However, fans of Billie and Rosalía responded by defending the stars and blaming the VMAs for even nominating them, especially because of the aforementioned controversy surrounding the flamenco pop artist's last win in the same category.

"once again, this is the vma's fault for even nominating them in the first place there's no reason billie or rosalia should be dragged over [this]," one commenter argued, before a second stan wondered why people were "actually upset a billie and rosalia but not mtv."

once again, this is the vma's fault for even nominating them in the first place🤷🏼‍♀️ there's no reason billie or rosalia should be dragged over thid

there are people that are actually upset at billie and rosalia but not mtv bc lvao shouldn’t have even been nominated in the first place ?

That said, neither Billie nor Rosalía have addressed the backlash.