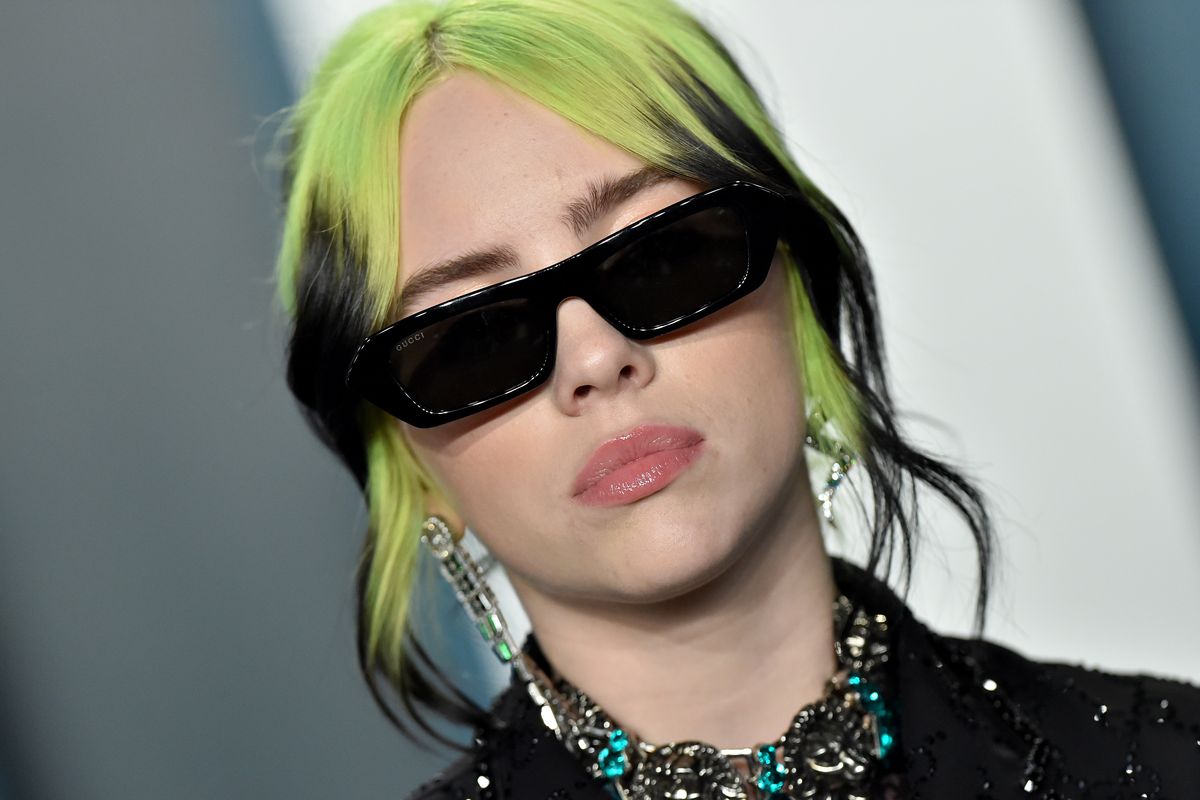 It seems like every awards show, the internet is gifted with a new #Mood reaction to fuel Twitter threads for the weeks between the live events. For this year's Academy Awards, Gen Z darling and the object of boomer rage Billie Eilish became the latest meme in her reaction to cameras filming her during Maya Rudolph and Kristen Wiig's musical award presentation. The internet is divided, however, on how to feel about her confused look. Spoiler alert: leave Billie Eilish alone already!

Neon green roots touched up for the occasion, Eilish was seated among Hollywood royalty for what ended up being a historic evening where Parasite became the first non-English language film in Academy Awards history to take home the coveted end-of-evening Best Picture award. But earlier in the night, Kristen Wiig and Maya Rudolph had the honor of presenting the award for Best Costume Design.

When the duo began a short medley before bestowing Little Women's Jacqueline Durran with the award, a camera panned to Eilish to get her candid take on their musical chops. Eilish, who was initially all smiles, seemed to show a look of agitation after realizing that audience members' eyes were on her. Ferocious boomers on Twitter were immediately enraged, waiting with bated breath for a slip-up from the young songstress, as per usual.

At this point, I feel like I speak for a large majority of us when I invoke the spirit of Chris Crocker and say, "Leave Billie alone!" As many members of the press noted, her reaction was likely due to the unprovoked camera scanning of the audience and not Rudolph and Wiig's onstage bit. Nevertheless, we have a new meme in town until the inevitable next time Eilish unexpectedly has a film crew trained on her.