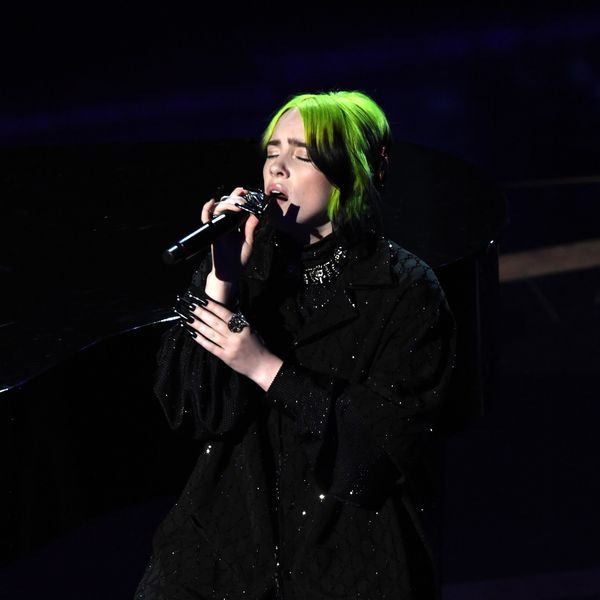 Besides the memes of Billie Eilish's reactions during last night's Oscars ceremony, the five-time Grammy winner performed a beautiful rendition of The Beatles' "Yesterday" with her brother, Finneas. Eilish's emotional vocals were accompanied by soft piano keys and violin swells.

Eilish performed the in memoriam tribute to the Hollywood stars and behind-the-scenes talent who passed away last year. As is tradition, photos were projected on a screen above her. Those honored include Kobe Bryant, Kirk Douglas, Anna Karina, Agnes Varda and Doris Day, to name a few.

Eilish announced her performance ahead of the Oscars on her Instagram Story. "Honored to be performing during the in memoriam segment for the Oscars tonight, covering a song I've always loved," she wrote. "Watch with us."

The multi-platinum singer's Oscars debut follows a successful sweep of the Grammys, during which she collected five top honors of the year, from Best New Artist to Record and Album of the Year. Furthermore, according to Variety, Eilish and Finneas are tapped to write and record the theme song for the next James Bond film, James Bond: No Time to Die. See you next year, Billie! Same time, same place.