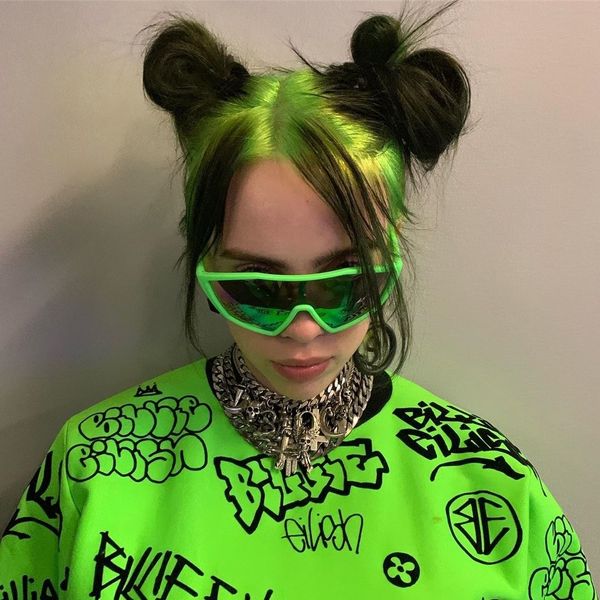 There's only one person that could revive 2018's slime green trend, and that's Billie Eilish. The 17-year-old pop star took to Instagram this weekend to show off her brand new neon hair, which she paired with a matching hoodie, sunglasses and sweatpants.

"What do you want from me," she captioned the image, posted ahead of her performance in Wisconsin. Stans of course approved, including several celebrities such as Adam Lambert, the singer whose 2009 single "Whataya Want from Me" has the same chorus as her caption. "Just don't give up," he wrote, also lyrics to his song.

"Ooh a green sister," controversial beauty blogger James Charles added. Influencer of the moment, who recently made headlines after getting engaged to YouTuber Jake Paul, Tana Mongeau, also enthusiastically noted: "you are the coolest person i know bottom line."

This isn't the first time Eilish has experimented with her hair. Since breaking into the mainstream, the "bad guy" hitmaker has become famous for her glam-grunge personal style and is often seen sporting a range of hair colors including purple, green and pink.