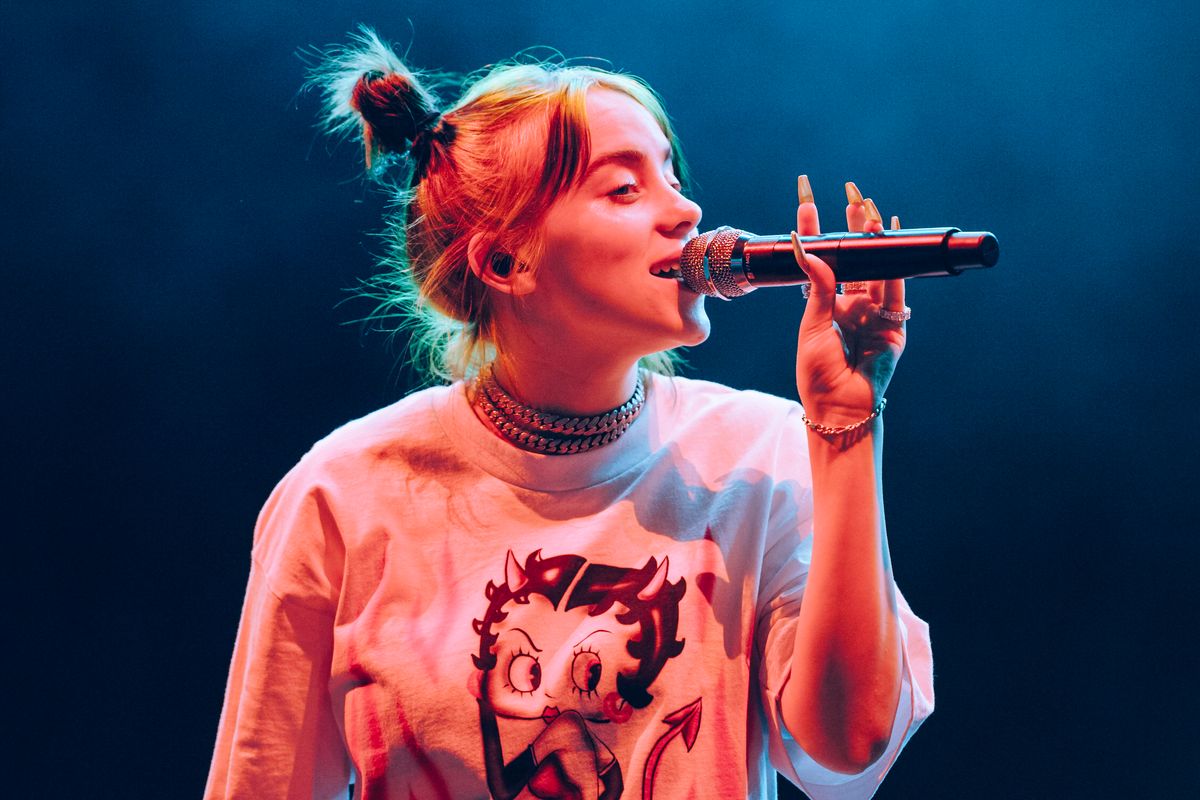 Billie Eilish Talks About Having Her Boobs Trend on Twitter

Billie Eilish has given her umpteenth cover story interview this summer to ELLE for their new women in music issue, where she's featured alongside Lizzo and Camila Cabello. Billie, a killer interview, brings it home every time. The story reveals that Billie does, in fact, own a book of Rupi Kaur poetry, recently stabbed "a hole" in her hand with one of her lethal, poison green fake nails (she's changing them out, out of fear for her horse), and recently quit Twitter out of self-preservation.

ELLE Magazine on Instagram: ““I’ve gotten to a point where I’m finally okay,” @billieeilish told ELLE for our Women in Music issue. “It’s not because I’m famous. It’s…”

In the interview, she's asked, of course, about her masc style, which is culture writers’ latest obsession. The article is transparent that Billie's pretty disinterested in talking about her style, at this point. However, in the process of dutifully answering, Billie does get talking about how gross the obsession with what she wears is, the difficulty of having big breasts as a teenager, and her fears that the overly-positive reaction to her baggy clothes will turn into backlash as her style naturally changes.

Billie indicates that she wishes it didn't feel necessary to hide her body: "It makes me mad. I have to wear a big shirt for you not to feel uncomfortable about my boobs!"

However, the one time she didn't, it blew up in her face. "My boobs were trending on Twitter! At number one! What is that?! Every outlet wrote about my boobs!" she says, speaking about a viral moment this summer, after she dared to wear a tank-top while popping out of her tour bus for a meet and greet. After the since-deleted photo started circulating, she was flooded with tweets like "Billie Eilish is THICK." The profile points out that even CNN felt it necessary (and clickable) to cover a media moment about a 17-year-old wearing a tank top.

Of course, Billie's intimately acquainted with the fact that having a female-presenting body is basically a big smoking black hole of mental health issues, on any given day of the week.

"I look good in it," she said, explaining, "I was born with fucking boobs, bro. I was born with DNA that was gonna give me big-ass boobs.... I was recently FaceTiming a close friend of mine who's a dude, and I was wearing a tank top. He was like, 'Ugh, put a shirt on!' And I said, 'I have a shirt on.' Someone with smaller boobs could wear a tank top, and I could put on that exact tank top and get slut-shamed because my boobs are big. That is stupid. It's the same shirt!"

Related | Billie Eilish on Body Dysmorphia: 'It Sent Me Down a Hole'

She makes a good point about why the buzz about her looks makes her uncomfortable: what about if, or more likely, when, she wants to dress and act differently?

Billie points out a comment left on her most recent video — hardly a sexy video but at one point, she brushes her chest with her hand — that read: "Tomboys always end up being the biggest whores."

"I can't win!" Billie says at the end of the interview. Unfortunately, she's completely right.