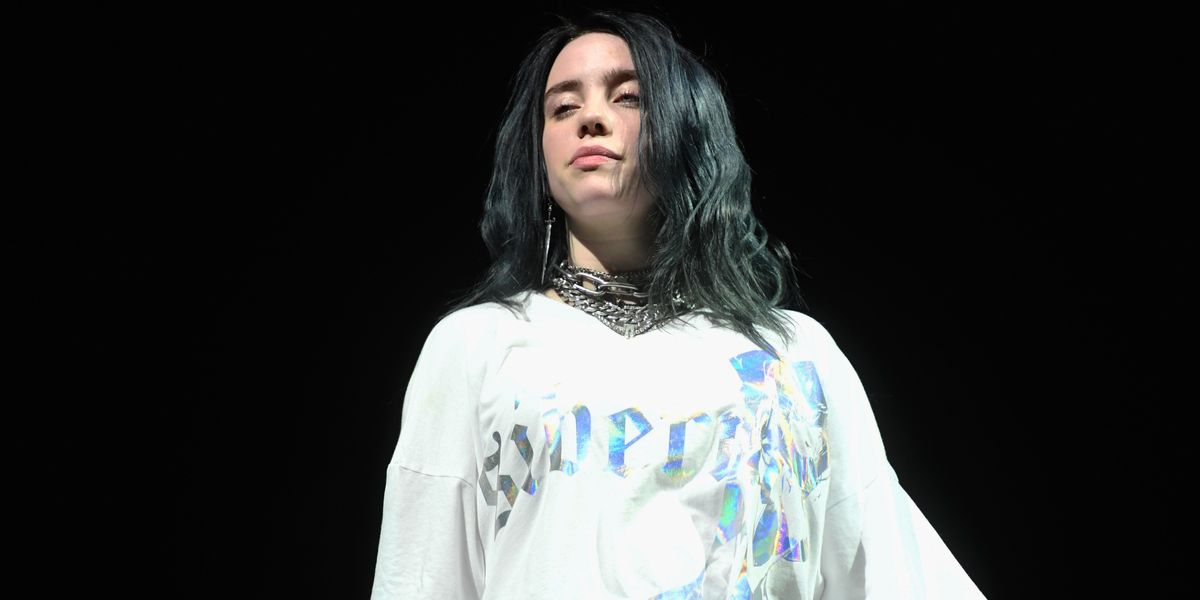 Billie Eilish Was Scared People Wouldn't Think She Was 'Cool'

Billie Eilish may be the coolest teen on the planet, but she didn't always feel that way.

While recently speaking to Billboard, Eilish revealed that she previously thought people would think she was "super basic and lame," especially compared to other young women artists.

"Right now, there are so many young females who are actually looked at as cool," Eilish said. "I remember a year when I was so anxious about my future. I was worried that because I was a girl, people wouldn't think I was cool or interesting — they would think I was just super basic and lame."

That said, Eilish also acknowledged that the "majority are giving me a really good reaction and validation for what I do," before launching into a conversation about her oft-misunderstood style.

"Sometimes I get this response from parents like, 'Thank you for dressing the way you do so my daughter doesn't dress like a slut,'" she said, in reference to her penchant for baggy streetwear and oversized shirts. "And I'm like, 'Whoa! That is the opposite of what I'm trying to do.'"

Thankfully though, Eilish ended things by making it clear that she really isn't about having her style weaponized for slut-shaming, saying, "If anything, I'm trying to make it easier for your daughter to wear what she wants."