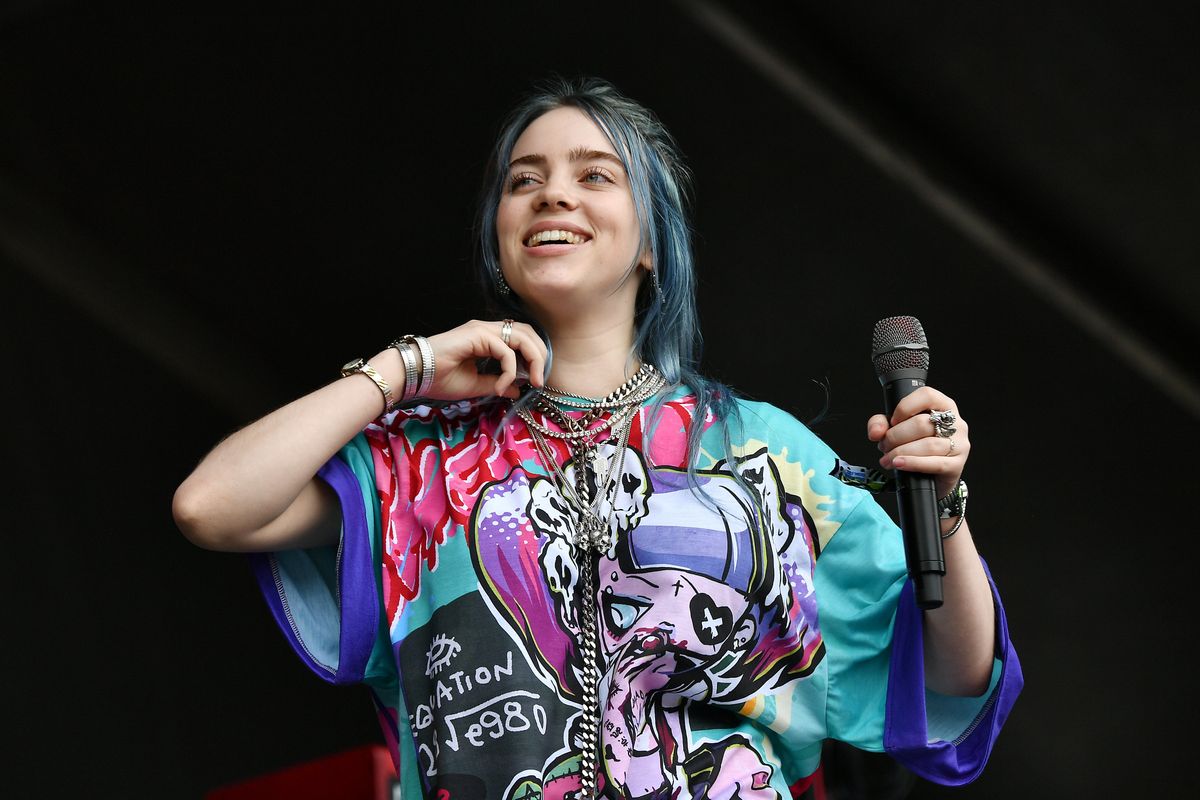 Billie Eilish gives great interviews. She talks like she's vomiting out the absolute first thing/word/image that pops into her neon-technicolor head. Sometimes that thing is utter nonsense, but it's also a level of honesty most artists lack. She speaks strictly in a woozy Gen Z dialect ("dude," "deadass" and "shit" follow most phrases). Her enormous eyes are nearly as expressive as Meryl Streep's. And generally, she is very strange. Plus, she's okay with and even thrilled about grossing or freaking out her interviewer.

As such, she went absolutely off about a few things that she loves in her long overdue Pitchfork "over/under" video. She repeatedly emphasized how much she loved pooping (a topic that came up independently before she was even asked to rate it), describing a day where she passed eight elegant bowel movements as the greatest of her life. She also explained that she likes sucking on old jewelry because it tastes like blood.

These were remarkable and enlightening tidbits in their own right. However, I ask that you and your family sit down together to take in the euphoric moment where Billie's asked to rate Avril Lavigne, who is her spiritual, if not musical ancestor. I realize you can simply watch the segment, which starts at 9:33, below. However, I decided to write out an illustrated theatrical transcript to ensure you take in the emotional roller coaster of Billie's voice and face, as she tries to express the size and gravity of her love for Avril.

Billie's answer starts with making a perfect "o" (see below) with her lips to choke out an incredulous "oohHOOOOH," rolling her head back and bulging her eyes out — in disbelief that anyone would suggest that Avril's cultural rating could ever be high enough.

"UNDERRATED. Oh my god. Avril Lavigne was everything to me, dude" she exclaims, speaking slowly with emphasis on every word and lolling her head back.

When she finally regains her composure (after whimper-moaning "I love Avril... I really..." for a while), she becomes gravely serious: "I love Avril Lavigne. I only love her. There's nothing else there. Just love. Only love. There's like almost no artists like that. Like Avril Lavigne and Justin Bieber, I only love. Like her, Tyler, Gambino and Bieber, to be honest, made me. I would not be... And Lana, probably. Yeah. There's no way." Returning to a tone of incredulous worship, shaking her head: "My god. She!"

Then her eyes light up, as if she's just remembered this fact and can't quite believe it's real. "She has my number though," she says both flirtatiously and like she's going to cry. "She texts me sometimes. It's so cool. She's like, 'Hey babe, it's Avril xo.' Oh my god. SHEESH."

The monologue (and the thought of Billie and Avril trading purple devil emojis) is enough to make a fan of either weep, and beg for the collab.