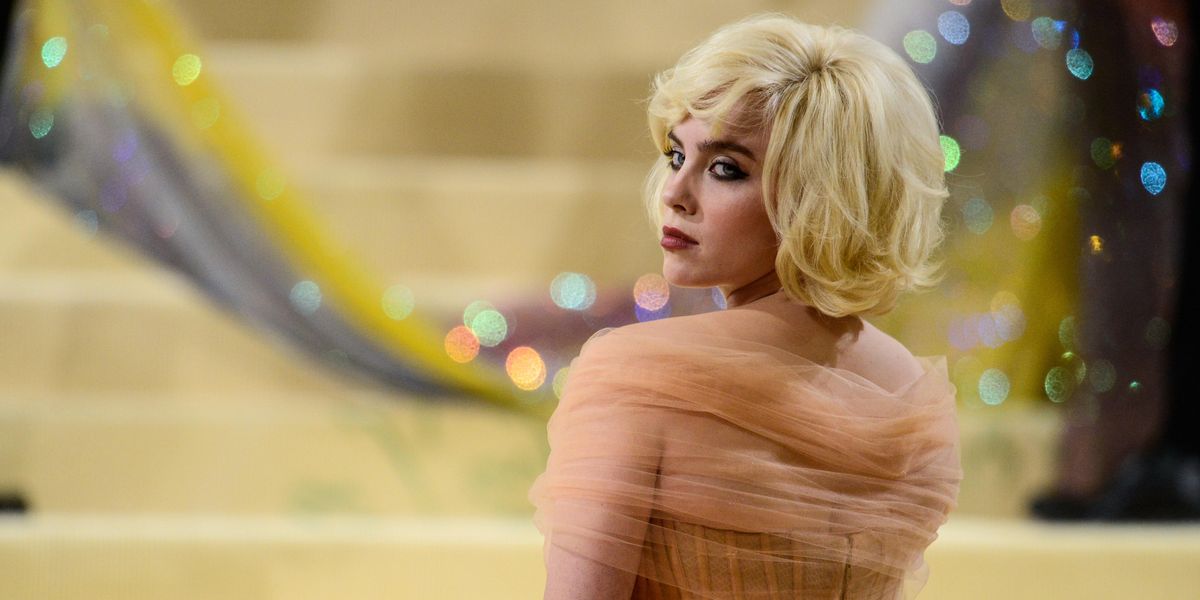 The Met Gala may be the equivalent of a celebrity prom or Hunger Games cosplay depending on who you ask, but one thing for certain is that it's another stage for famous people to use their platforms and net worth to make change in the world. At this year's Met Gala, Billie Eilish was able to make a difference by wearing a peach Oscar de la Renta gown that will impact the legacy brand for years to come.

According to the New York Times, the brand's CEO Alex Bolen said that in order to get her to wear the dress, Eilish made one strong demand — that Oscar de la Renta terminate the sale of all fur forever. The CEO said that she refused to work with them unless this happened so, despite not doing it when the public and countless others called for it, Oscar de la Renta finally did.

Eilish took to Instagram to announce the news, writing, "I am beyond thrilled that the entire team heard me on this issue, and have now made a change that makes an impact for the greater good, not only for animals but also for our planet and environment too. I'm honored to have been a catalyst and to have been heard on this matter. I urge all designers to do the same."

To be clear, the brand's CEO had stopped including fur in runway designs. But Oscar de la Renta had been selling it in stores, even though the widow of the original Oscar de la Renta thought that it was "barbaric."

According to the Coalition to Abolish the Fur Trade, the company announced in August through anti-fur organizations that it wouldn't be selling fur products anymore. It also revealed that its fur contractor license would end in September and that "no new products that use fur and bear the Oscar de la Renta trademark will be offered for sale."

Look at Eilish — saving the world, one brand at a time.