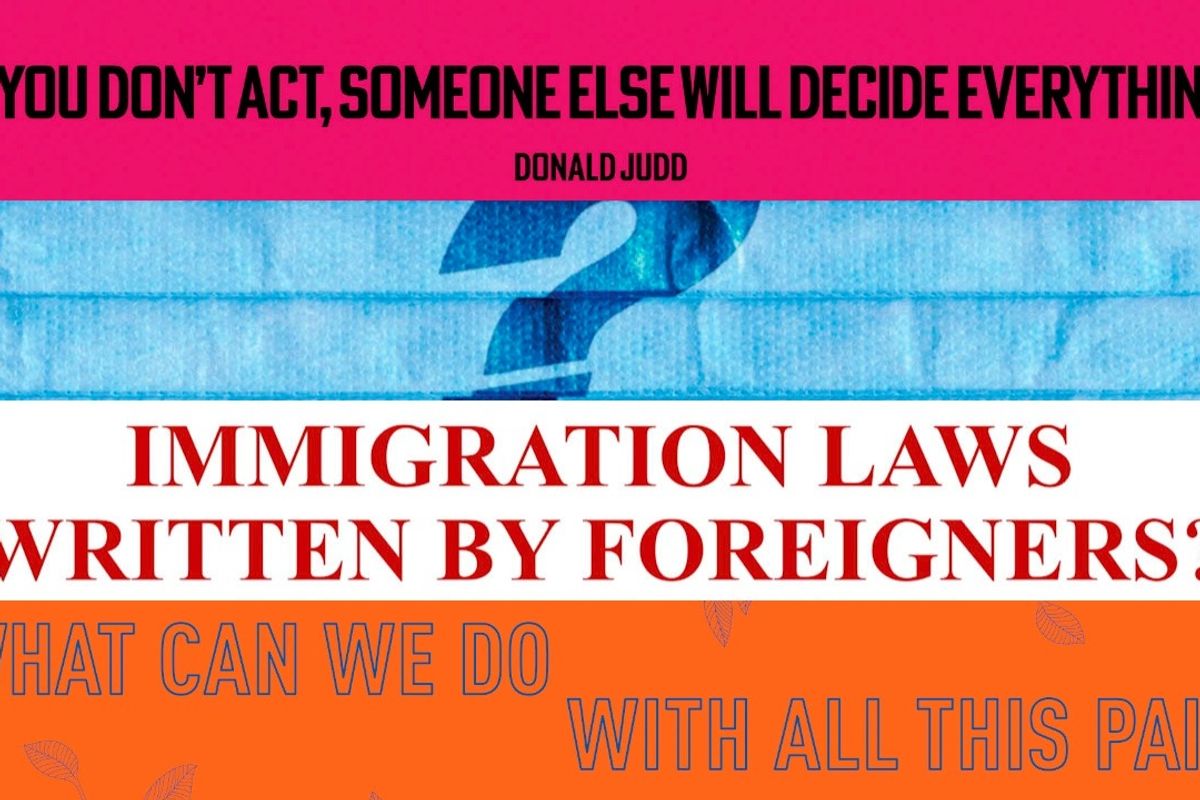 What do you really want?

22 days before what is arguably the most important presidential election in US history, Maggie Rogers has one question — and yes, it's plastered on a giant billboard in Maryland. What do you really want? And, it inevitably follows, what are the consequences of that desire?

Related | Forget Columbus Day and Check Out #IndigenousPeoplesDay Instead

Rogers' billboard, along with dozens of others (one for every US state and territory) is being unveiled today, with the hope that it prompts a response — ideally one rooted in civic participation. It's all part of an ongoing campaign, created by artist-led collective For Freedoms, which seeks to disrupt our collective understanding of what politics is supposed to look like. For Rogers, using art to engage with folks politically was an obvious choice.

"Some of the most impactful art in my life has been the art that has interrupted me," Rogers says. "A song overheard on the radio. A mural on a Brooklyn street. Art that's found me and completely changed the course of my day. Art that's given me permission to change my thinking. That's what this billboard campaign is all about."

Rogers is calling for people to ask questions and challenge their tightly held beliefs in an era where our country feels more divided than ever before. It's no small thing. Celebrating Indigenous Peoples' Day is political; so is, apparently, wearing a mask or requesting a mail-in ballot. Often it feels like we're under constant pressure to pick a side: blue or red; liberal or conservative; for or against. But rather than calling for bipartisanship, For Freedoms is taking a different route: they're decidedly anti-partisan, and hope to help folks "replace the binary with a broader range of values and options through creativity."

Co-founders Hank Willis Thomas, Eric Gottesman, Michelle Woo and Wyatt Gallery launched For Freedoms in 2016, during yet another divisive election season. It started with a simple question: can art prompt civic participation? Then, it manifested in a series of billboards that popped up all over the country, pushing for increased public dialogue and, here's hoping, actual change. This year, the group is building upon their previous success with the 2020 Awakening.

"Art has the ability to ask vital and expansive questions," Gottesman says. "This year, our artist-produced billboards, and our 2020 Awakening campaign, address urgent questions about listening, healing, awakening and justice, pointing to a world that we all want to live in."

This year's campaign will feature work from over 70 artists — like Rogers, Ai WeiWei, Guerilla Girls, Meena Harris and more. Obviously, it's a stacked roster.

"What happens when some of the most creative imaginations co-opt the largest, most unavoidable public advertising spaces across the nation?" Asks For Freedoms producer taylor brock. "How does your experience change when you're driving down the road and expect to see yet another reductive political slogan or an ad for the latest iPhone and instead are confronted with a work of art? This confrontation forces you to pause, even if it's just for a moment — that pause is what this campaign is all about."

The 2020 Awakening follows a series of actions already taken this year by For Freedoms. Most recently, the group staged The Grand Procession on October 3, a march that took over a huge swath of Manhattan. It was disruptive, but also symbolic; on October 3, 1860, a similar march took place in the name of emancipation, organized by the Wide Awakes, a group of abolitionists. This year, For Freedoms has borrowed the name and created an entire guide to participation, with an overarching call-to-action: Wide Awakes Arise!.

"The Wide Awakes of 1860 are an example of the political power possible when a group of people decide to use creativity, specifically in the form of song and fashion, and convening in order to imagine the unimaginable," brock says. "Unlike the Wide Awakes of the 1860s, our goal is not focused on turning the course of one specific election. Though — of course — that may be a part of it. But rather we hope to radically shift the way that we, as a whole, interact with both one another and our contemporary political system."

For Freedoms consider the Wide Awakes to be an independent movement, in that anyone can join and participate — no membership required. Beyond this current campaign, the group plans to continue exploring "how viewing creativity as an essential American value can help form a more perfect union." In 2020, that might sound idealistic, but the alternative — traveling further down the road of conflict and division — is bleak. In anti-partisanship, perhaps there is hope for a more united future.

Images courtesy of For Freedoms