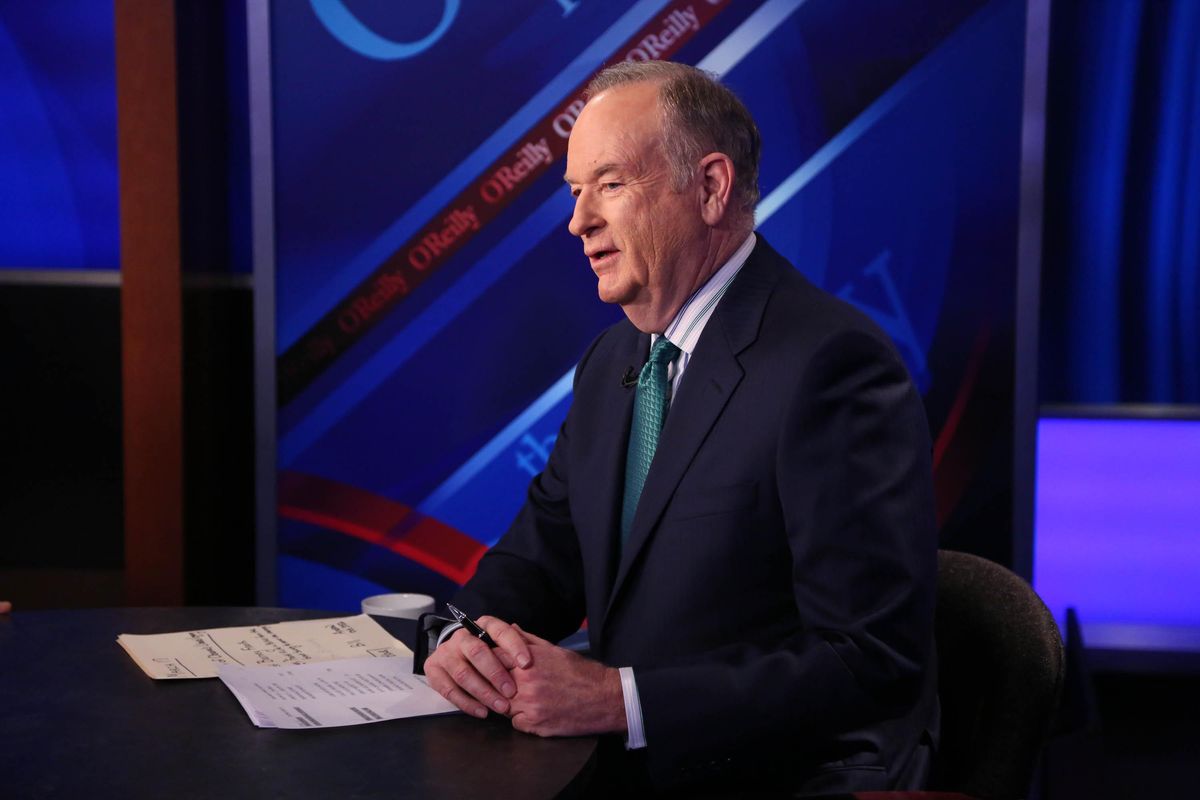 Less than a month after the New York Times published a damning investigation into a bevy of sexual harassment allegations made against Bill O'Reilly, the embattled primetime host is officially out at Fox News.

It's official: Bill O'Reilly is out at Fox News pic.twitter.com/D8XrbZ0ETH
— NowThis (@nowthisnews) April 19, 2017

Despite over $13 million in settlements with complainants, profuse denials, and an endorsement from the pussy-grabbing president of America himself, O'Reilly just couldn't keep the advertisers from jumping off his sinking ship and so Rupert Murdoch finally pulled the plug.

"After a thorough and careful review of the allegations, the company and Bill O'Reilly have agreed that Bill O'Reilly will not be returning to the Fox News Channel," 21st Century Fox, Fox News's parent company, said in a statement.

After the allegations came to light, women both outside and within Fox began calling for his departure. The firing comes less than a year after another flood of harassment allegations resulted in the ouster of former Fox CEO and professional creep Roger Ailes. By the time of his firing, at least 50 advertisers had pulled their ads from O'Reilly's show, a fact that was not lost on much of the internet.

I realize this is hard to believe, but Bill O'Reilly's firing suggests the people who ultimately control TV are corporate advertisers
— Jon Schwarz (@tinyrevolution) April 19, 2017

It took $13M in settlements, 60+ sponsor defections and new allegations, but Fox has finally shown Bill O'Reilly the door.

Capitalist agenda aside, the news was still a huge deal for survivors of harassment and assault and their friends and family, which translates to roughly the entire world. The internet is celebrating in kind:

It's always good news when a man is actually held accountable for sexual misconduct, but when that man is Bill O'Reilly pic.twitter.com/8ul2XxXHWP
— Adrienne Marie (@STINGRAYdrienne) April 19, 2017

“sorry, all the bikes are booked. Maybe try FlyWheel?"

What are you wearing to the "Bill O'Reilly is Cancelled" party? I'm wearing vintage Versace.
— Morgan Jerkins (@MorganJerkins) April 19, 2017

excited for bill o'reilly to go back to his day job as the gaping tentacled maw in the star wars desert
— Matt Bellassai (@MattBellassai) April 19, 2017

As we say goodbye to Bill O'Reilly, through all the sexism please don't forget all the homophobia too. Bye Felicia! https://t.co/GCj1J4nMyl
— Alex Morash (@AlexMorash) April 19, 2017

Does this mean I can have my father back from the Bill O'Reilly Hate & Fear Mongering Bubble?
— Joey C (@WickedWitch89) April 19, 2017

Bill O'Reilly has been offensively wrong on every issue of substance and importance for decades. The world is a better place for his absence
— John Iadarola (@johniadarola) April 19, 2017

The playlist for the Bill O'Reilly Is Cancelled party! pic.twitter.com/vfrfQytyBN
— ¡Lauren! (@mc_laurenn) April 19, 2017

Though we hope not to see him in the Trump White House anytime soon, here at PAPER we do have some words for O'Reilly during this difficult time: