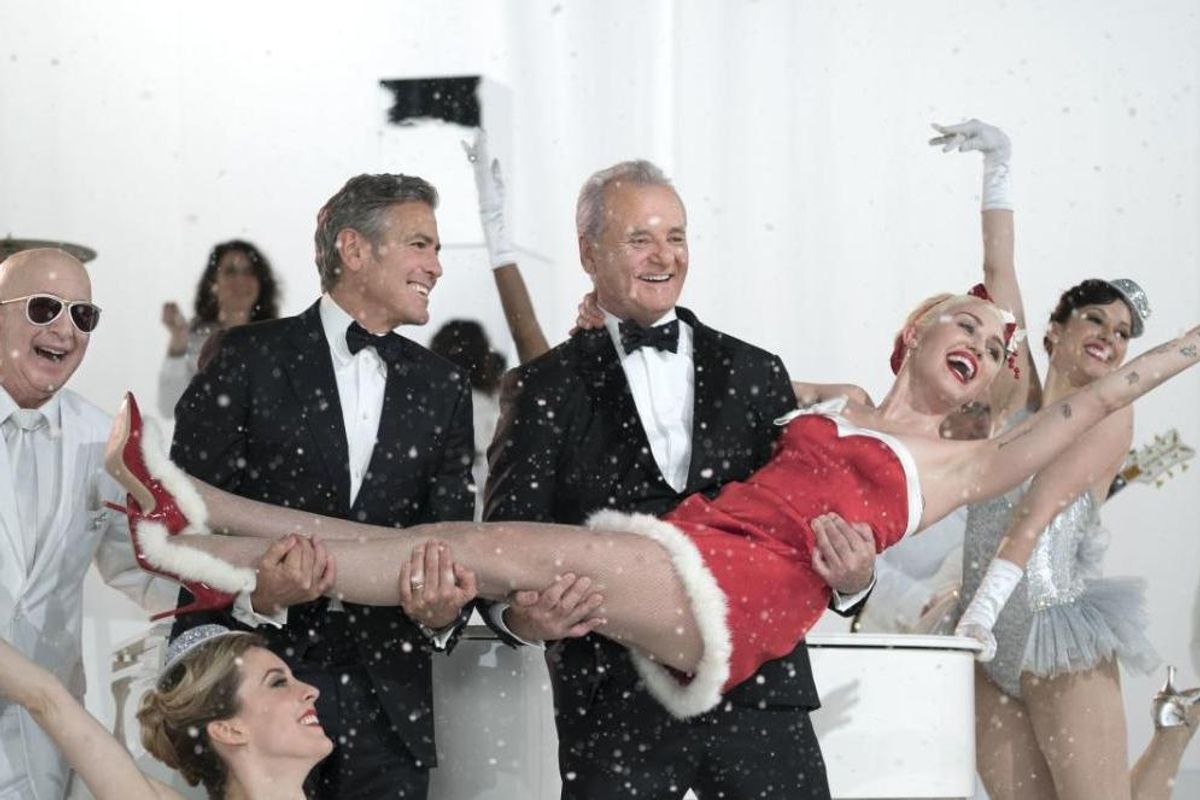 Watch the first trailer for his upcoming holiday special on Netflix.

Ever since we first heard that Bill Murray would be starring in a Sofia Coppola-directed Christmas special for Netflix alongside a slew of famous people like George Clooney, Amy Poehler and Miley Cyrus, we've been waiting to see a glimpse of the production. And today we've got our first taste of A Very Murray Christmas, which shows Uncle Bill preparing for a live holiday show broadcast inside NYC's iconic Carlyle Hotel only to panic after he learns that a blizzard is going to thwart his plans. Like a cross between an old-school Andy Williams Christmas special and one of Hugh Hefner's retro episodes of Playboy's Penthouse, the trailer shows how Murray saves the show with a series of performances and pop-ins by friends and hotel staff.

The special airs on December 4th, the same day a 7" will come out featuring Murray, Phoenix (who will appear on the show), Paul Shaffer, Jason Schwartzman, and Buster Poindexter singing an original song, "Alone on Christmas Day." Watch the trailer above.