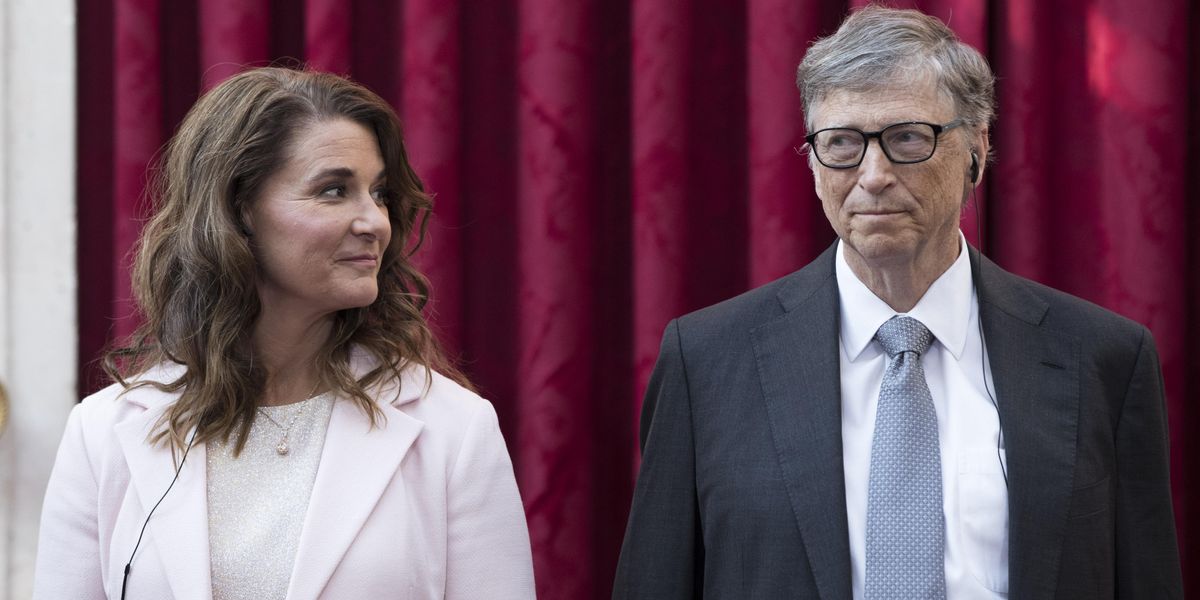 Adding to the growing list of celebrity splits from Kim and Kanye to J.Lo and A.Rod, Bill and Melinda Gates announced yesterday that they were getting a divorce after 27 years of marriage.

"After a great deal of thought and a lot of work on our relationship, we have made the decision to end our marriage," the two wrote in a joint statement they shared to their individual social media accounts. "We continue to share a belief in that mission and will continue our work together at the foundation, but we no longer believe we can grow together as a couple in this next phase of our lives. We ask for space and privacy for our family as we begin to navigate this new life."

The news came as somewhat of a shock, if not for being especially scandalous but just sort of unexpected. Outside of their philanthropic work together as the head of the Bill & Melinda Gates Foundation, the couple wasn't especially public about their personal life (not that any of us were actually paying that close attention to be fair) making the abrupt announcement all the more jarring. According to court filings, Melinda had described their marriage as "irretrievably broken" but apart from that, details surrounding the reasons for the split are sparse.

That being said, the internet coped with the news the only way it knows how: memes, lots of memes.

“Seeing Bill and Melinda Gates not Excel at their relationship has me like “Word?” I wish our Windows weren’t close… https://t.co/qZW5khLyQR
— Oluwajomiloju (@Oluwajomiloju)1620077738.0

“bill gates trying to get melinda back”