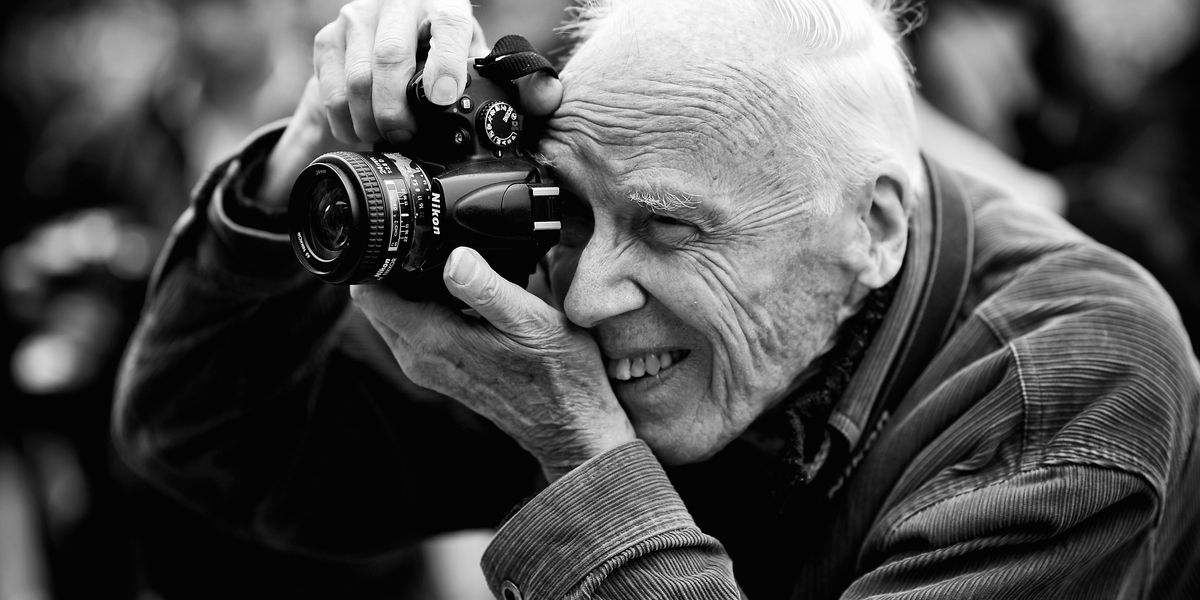 The Times of Bill is a new documentary by Live Rocket founder Mark Bozek — narrated by Sarah Jessica Parker — on the life of the legendary New York Times' fashion photographer Bill Cunningham. He was most famous for his candid street photography, and his iconic presence was always expected at fashion week before he passed in 2016. He also was known for documenting the love between gay men, even before LGBTQ folks were widely accepted by the media and New York City.

What most of the public doesn't know is that Cunningham also photographed every NYC Pride Parade, but has never published a single photo from this collection — until now. The photos in the gallery, below, show never before seen photos taken by Cunningham throughout the years from New York Pride.

In 2010 documentary Bill Cunningham New York , the photographer reveals to director Richard Press that he has never been in a romantic relationship. "Do you want to know if I'm gay?" he answers Press. "Isn't that a riot... no, I haven't... it never occurred to me."

But regardless of his relationship status, former colleague Dan Shaw writes for The Cut, saying that he was so devoted to using his platform and art to celebrate gay pride and love. "If you study Bill's career at the Times, he emerges as an incognito activist who has celebrated gay pride week after week even as he excused himself from the increasingly sexualized society that he chronicled," writes Shaw. "Without being partisan or political, he has raised awareness of the vital role of gays in New York's culture."

Aside from the photos, filmmaker Bozek and the Cunningham estate have also released a one-minute preview of the new documentary with PAPER Magazine. In the clip, Cunningham talks about Gay Pride and his experiences photographing at the parade. Watch the video below.

The film is set to roll out later this year and early 2019.