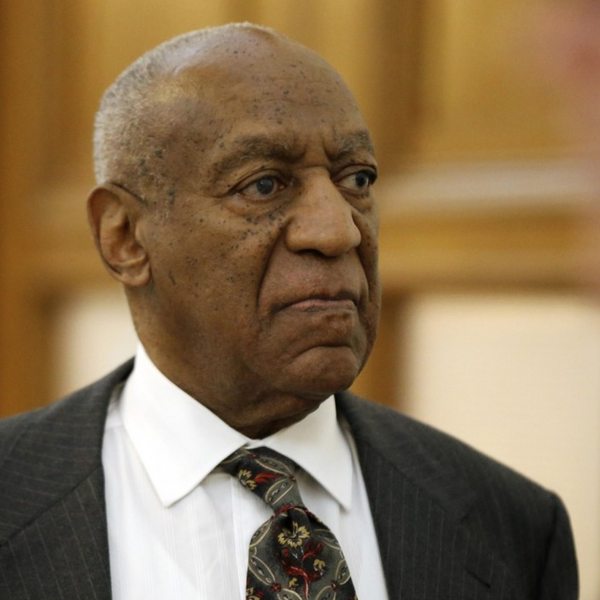 Andrea Constand and many supporters of the #MeToo and #TimesUp movements had their day in court when Bill Cosby was convicted last month of three counts of aggravated indecent assault against Constand, a former Temple University women's basketball administrator. The conviction was celebrated as a landmark victory for the movements, which gained increased momentum in all sectors of the entertainment industry last fall in light of dozens of allegations of sexual assault against Harvey Weinstein that went on protected for decades.

The trial itself brought out its share of protesters against Cosby, including one who jumped the barricade outside the courthouse where the proceedings took place.

Lawyers for the disgraced comedian — who has since been removed from the Oscars Academy — asked presiding Judge Steven O'Neill to postpone sentencing until closer to the end of the year. As such, the sentencing is slated for September 24. Cosby turns 81 in July, and considering that his convictions will likely be combined into one charge carrying a standard sentence of 5 to 10 years, could end up spending the rest of his life in prison.

Since his April 26 conviction, Cosby has been on court-ordered house arrest in his suburban Philadelphia mansion. He is only allowed to leave home to visit lawyers or attend doctor's appointments.

Before the September sentencing, Cosby must undergo a psychological assessment that will determine whether or not he is a sexually violent predator. Under Megan's Law and because of his conviction, Cosby must also register as a sex offender.

Constand is reportedly expected to speak at the sentencing. NBC News reports that Judge O'Neill said in court order that the hearing would last for two days.