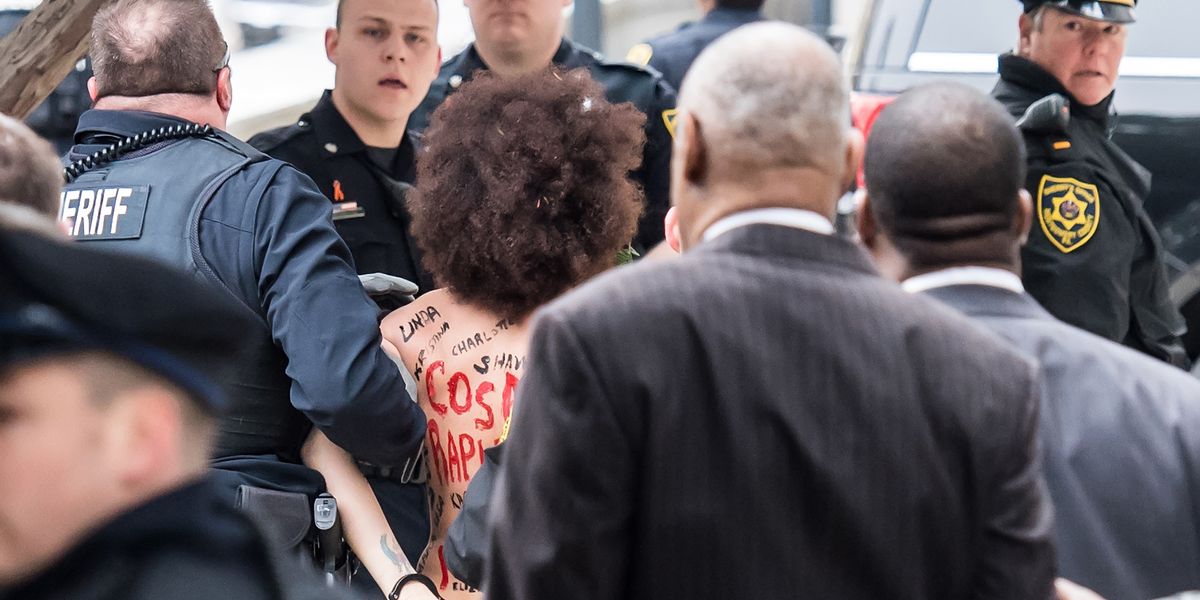 Yesterday, a woman jumped a barricade in front of Bill Cosby as he walk to the first day of his sexual assault retrial. The protester has since been identified as Nicolle Rochelle, a former actress who appeared in four episodes of The Cosby Show between 1990 and 1992. Rochelle been charged with disorderly conduct. If she is convicted, she will have to pay a fine.

Rochelle, who was topless when she protested, told People that she hopes that she makes Cosby uncomfortable, saying, "He's a man who's disempowered women's bodies for decades...I wanted to make him uncomfortable and to make people think about women's bodies...People are like why is she naked? I hope this causes people to engage more. Of course, I have no idea what Bill Cosby was thinking but I would hope that he stops for a minute and think about his own truth. At the moment, 61 women aren't allowed to testify against him. That's pretty appalling. The very least I could do is lend my body to this cause."