Your Parents Were Cooler Than You 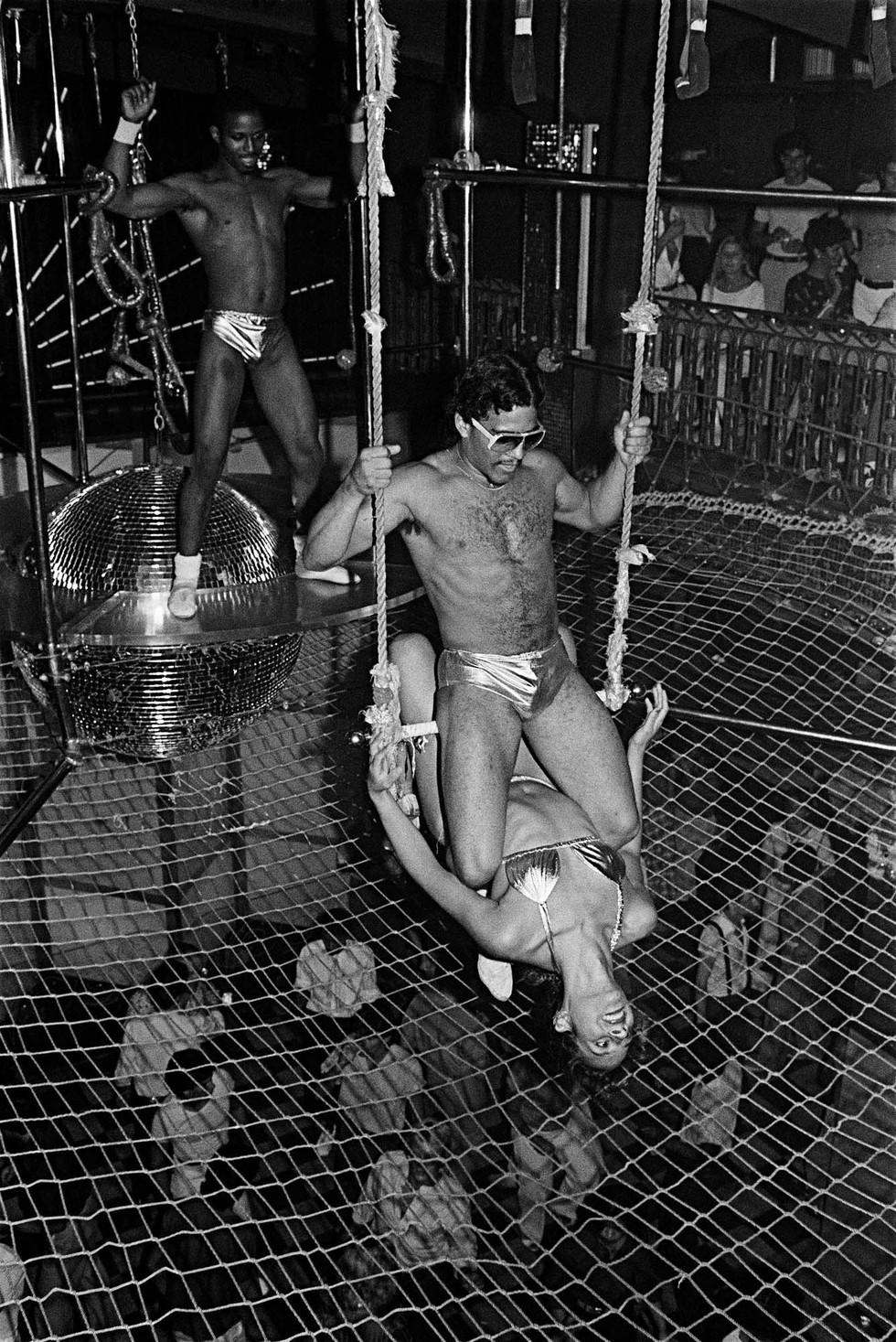 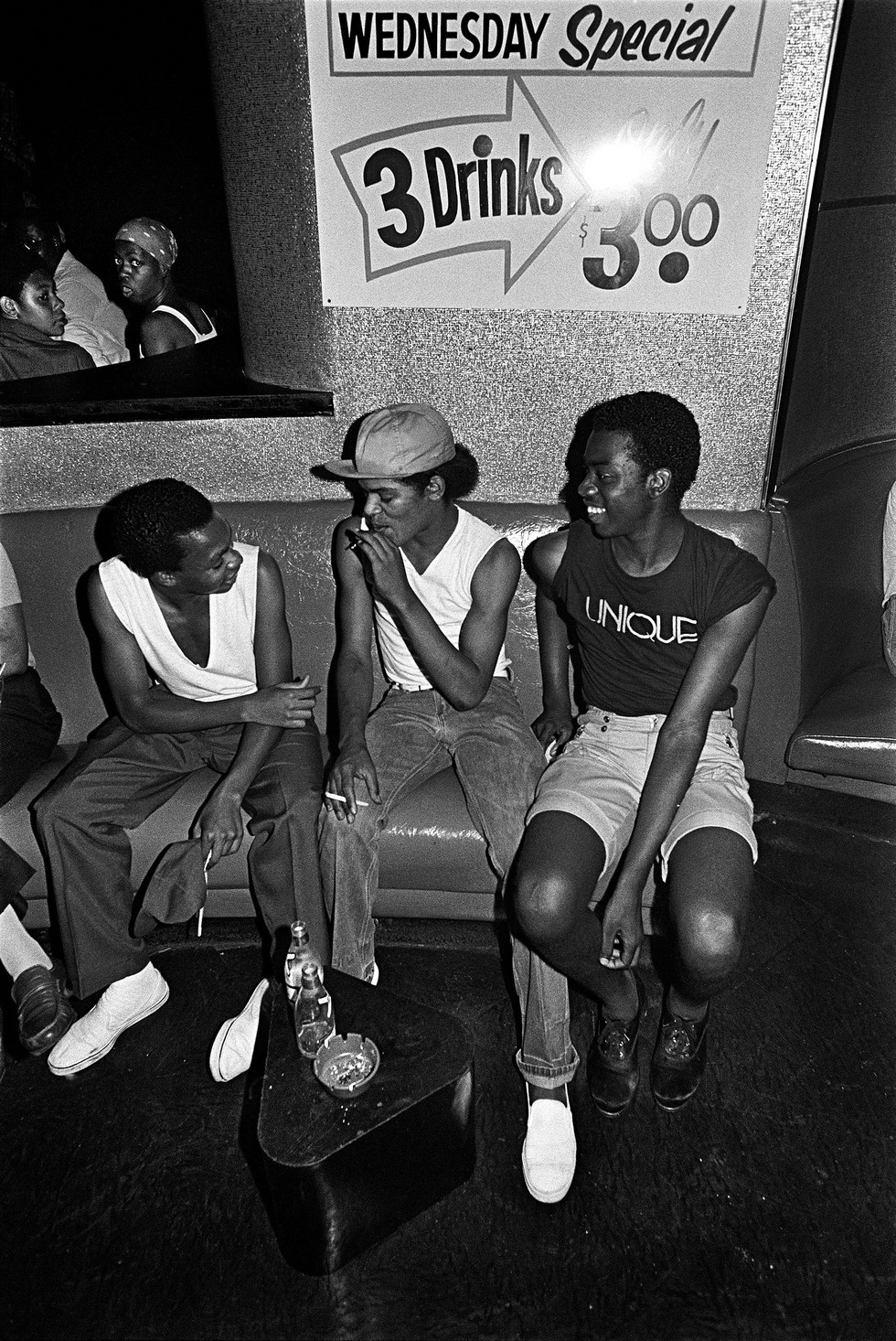 "Better Days was a young, gay African-American and Latin crowd, where DJ pioneer Tee Scott played the records. It was a tough part of the city to get to, but inside it was friendly and inexpensive. The sound system and lighting were pretty crude initially, but were gradually improved by Scott. The young crowd was fun and the people would roll out at 7am." 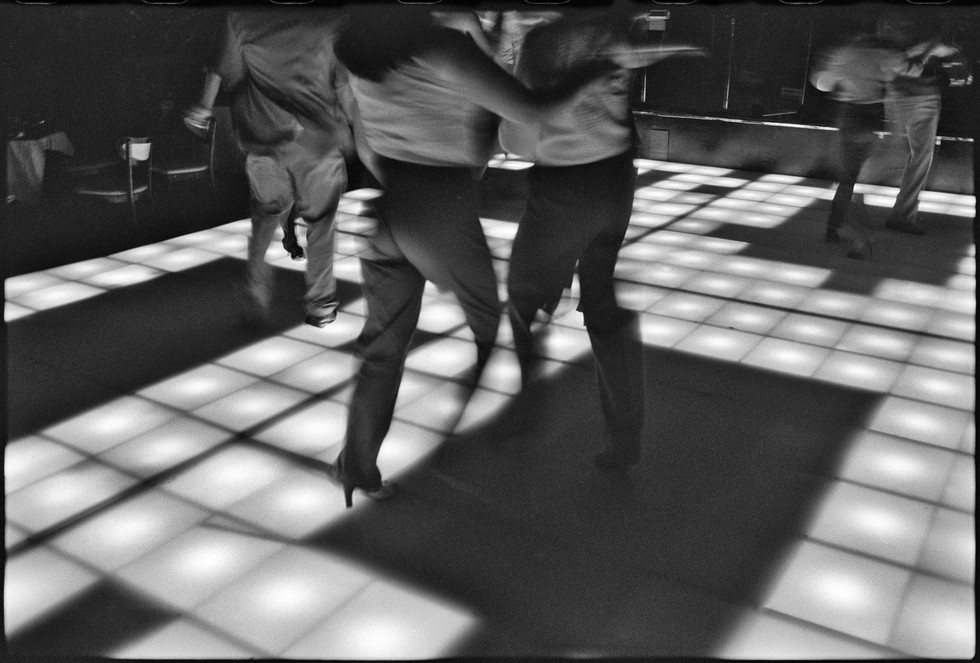 "2001 in Bay Ridge, Brooklyn was famous for being the location for the movie Saturday Night Fever, and featured the classic illuminated disco dance floor. It was pretty much a local and bridge and tunnel crowd and advertised the movie connection with a couple of posters in the lobby. The owner of the place complained to me that after several years he was still waiting to get paid his location fee." 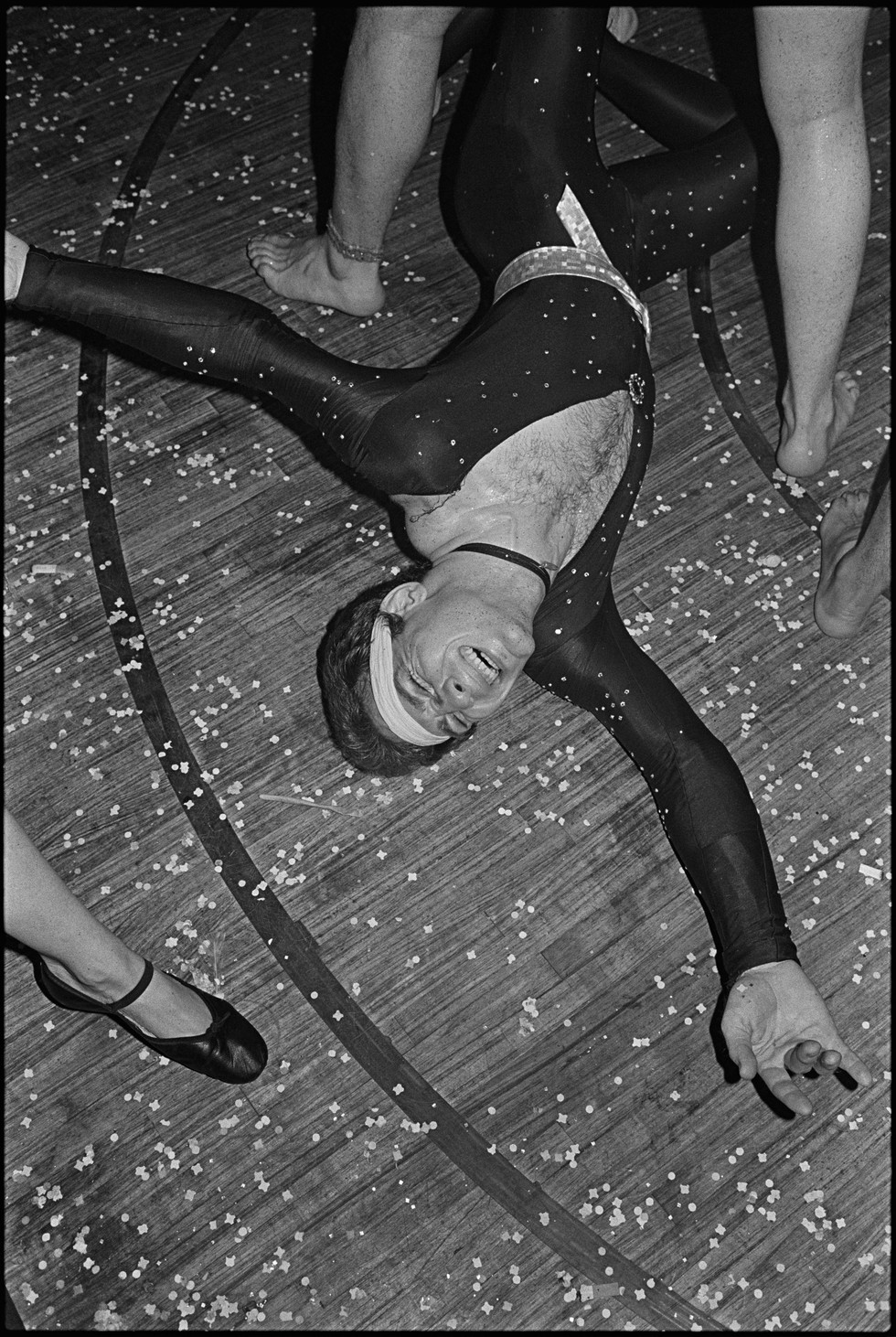 "Le Clique was a roaming disco that popped up in different locations throughout Manhattan. Its creators, Stu and Marlene Feinstein, conjured outrageous parties with acrobats, actors, dancers, special effects and staging." 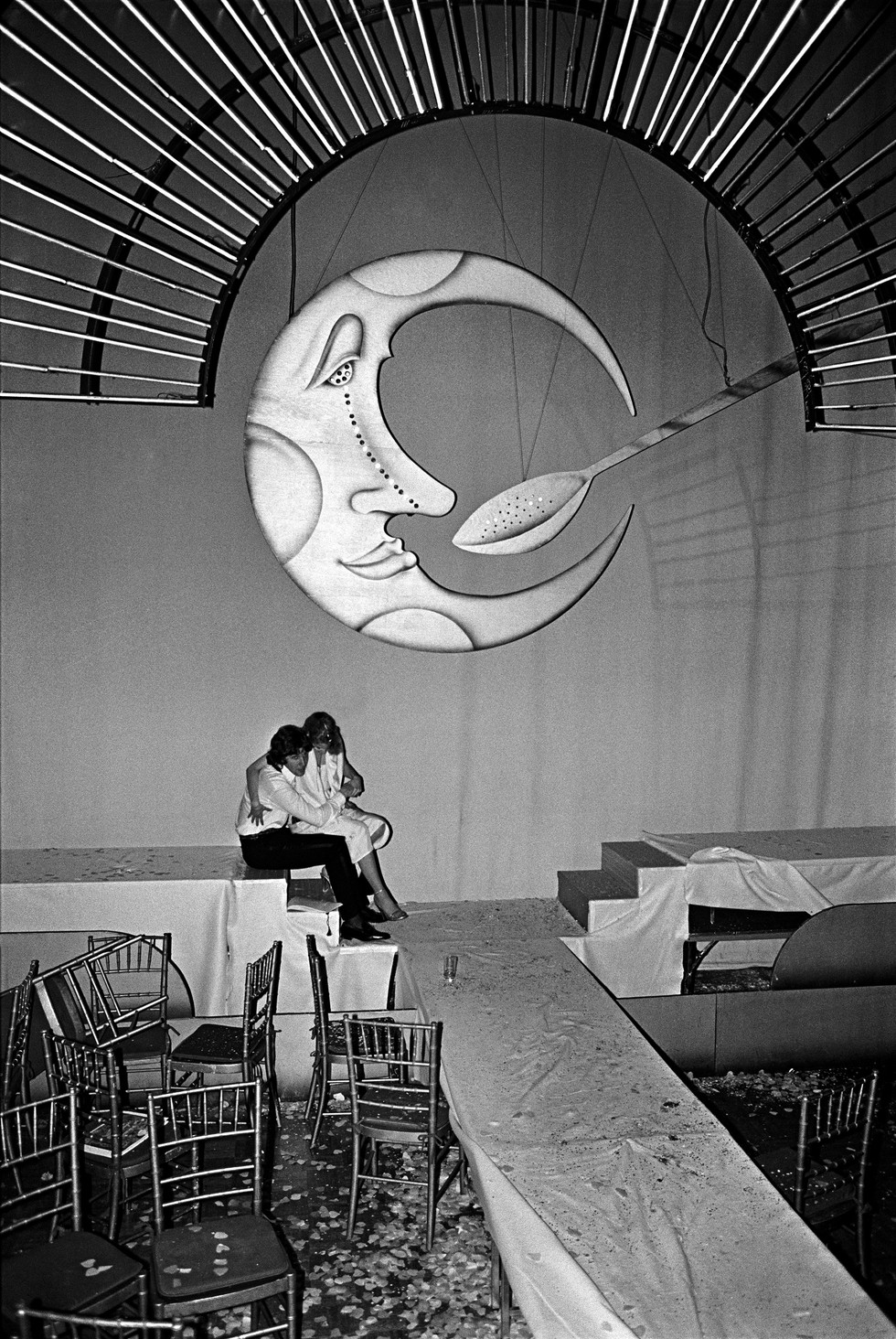 "This shot was taken at Studio 54 at closing time one night, I noticed this couple under the famous Moon and Spoon. Romance, in a blitzed-out Studio 54 kind of way." 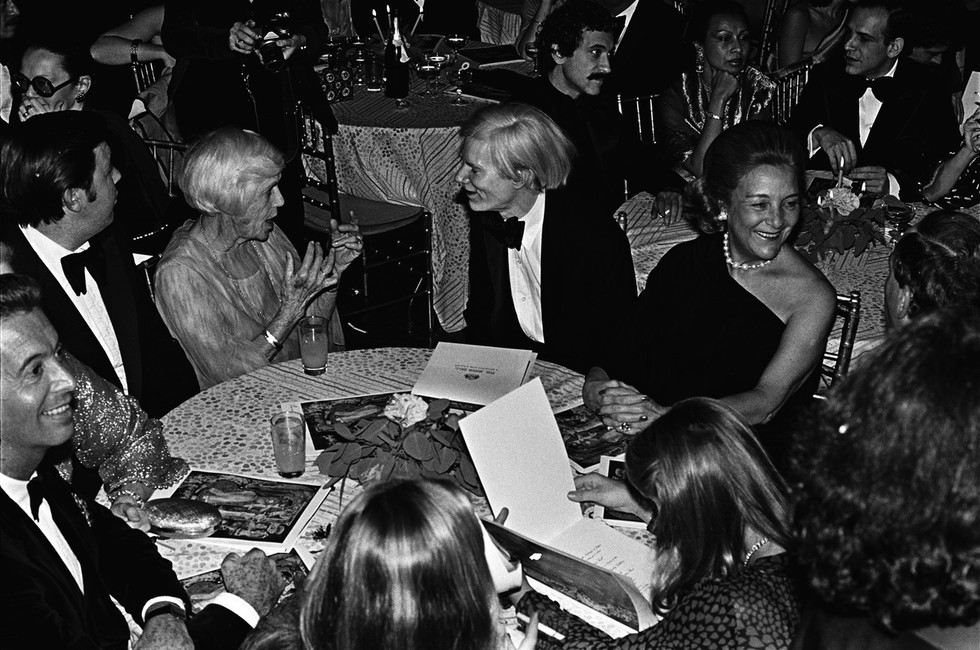 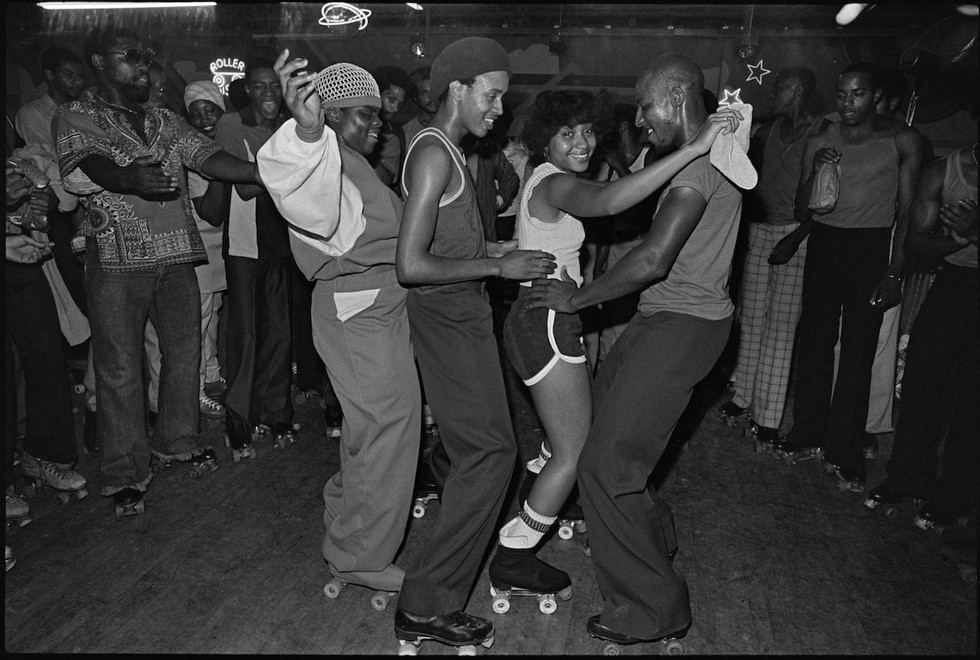 "The Empire Roller Skating Rink in Crown Heights, Brooklyn opened in 1941 and finally closed its doors in 2007. It converted into a roller disco in the 70s and then the roller rink organ was replaced with a sound system and DJ booth. Empire was usually packed with an African-American crowd but top skaters of all races and creeds also came. It was a great place to shoot with good vibes all around." 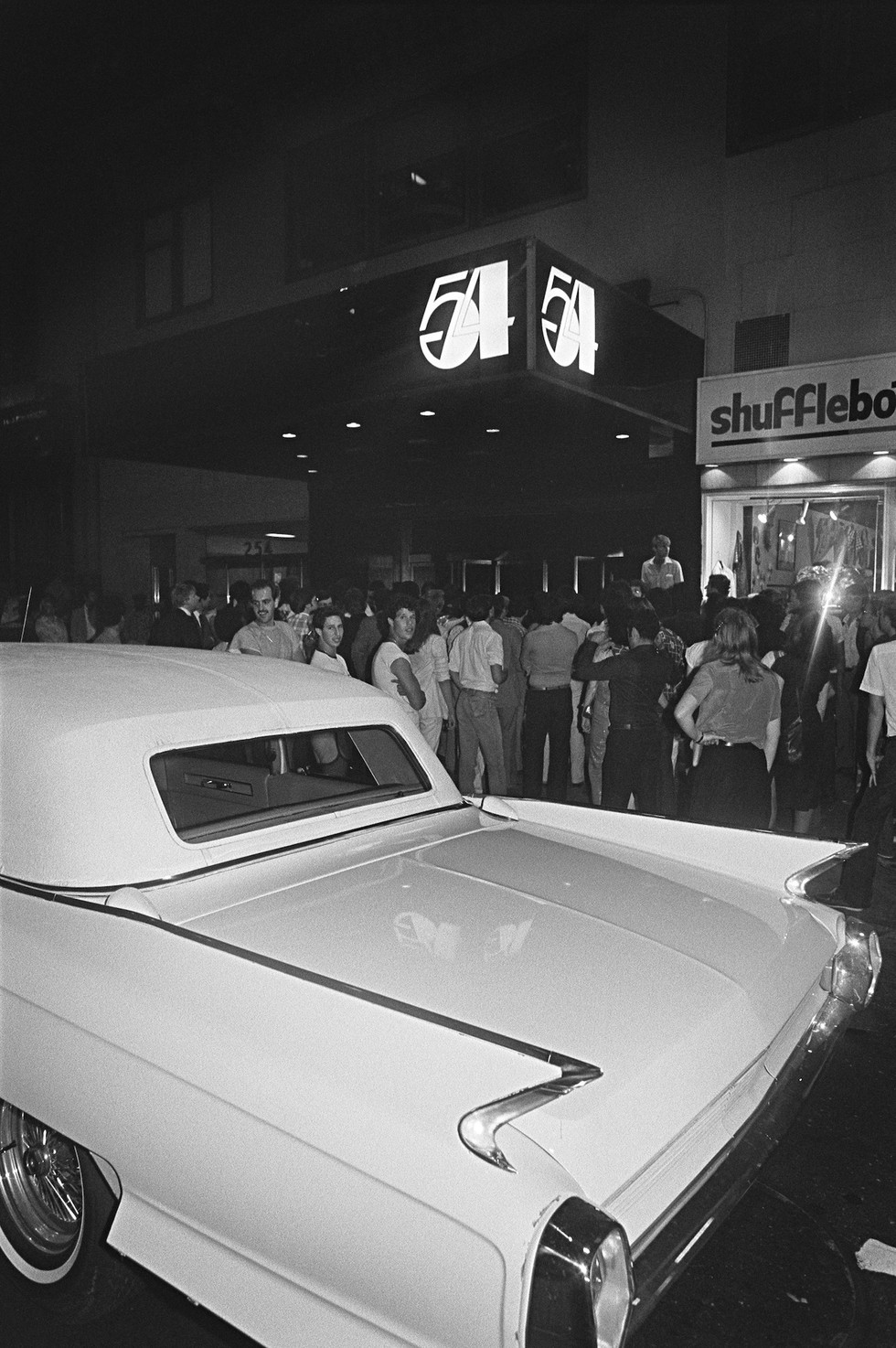 "Marc Benecke called the shots outside Studio 54, along with Steve Rubell. This was the scene most nights as people waited for hours to be chosen to enter the grand party. Sometimes pulling up in a Bentley or Cadillac helped, but not always. Nobody was interested in getting into Shufflebottoms, the club next door." 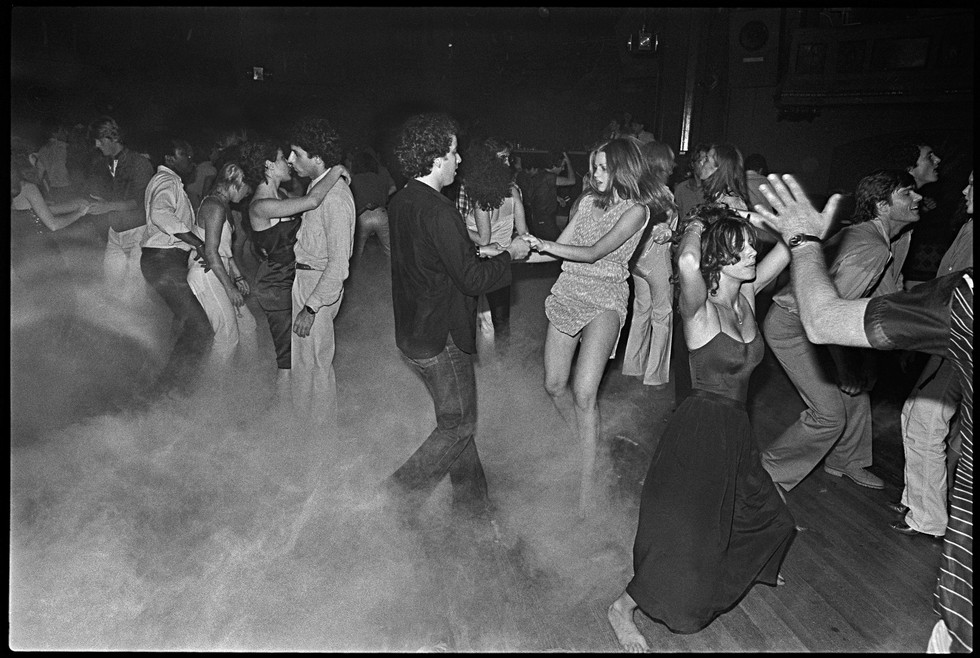 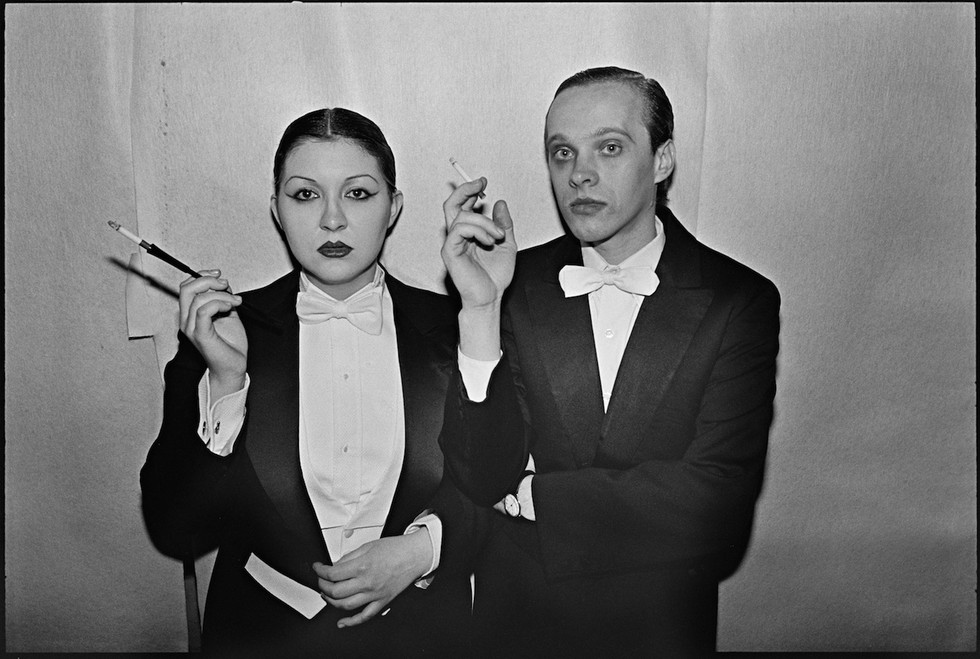 This is one of the first shots I took at Studio 54 – the couple reminding me of a pre-war Berlin cabaret image. I had this image stuck in my mind throughout the entire Disco project. These were the people that I found the most intriguing, those who had a whole other life at night and became their fantasy character. 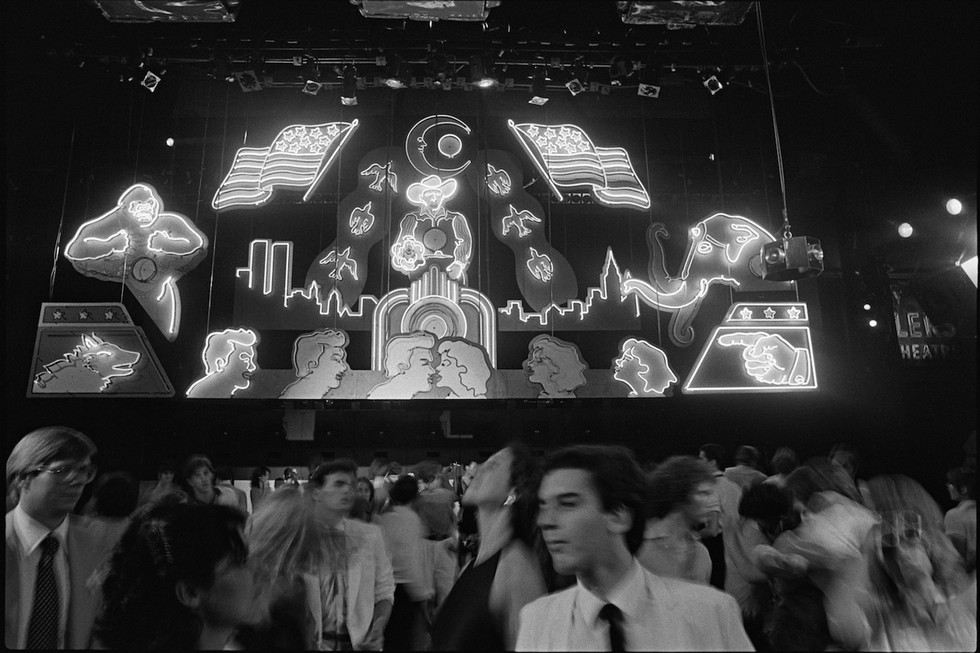 "At Xenon the giant neon light panel would drop down from the ceiling in the middle of the night creating an amazing backdrop. This was one of the many features that Xenon incorporated into their changing environments." 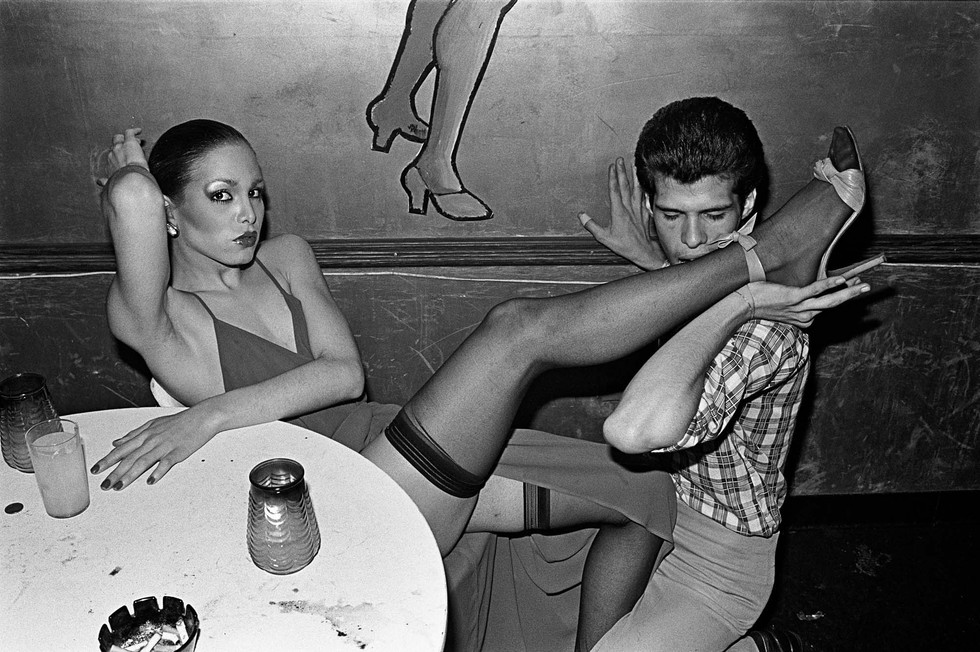 While New York City's late-70s nightlife scene has been well immortalized, there are still photos from the era and its glitzy haunts -- Studio 54, Xenon, the Mudd Club, and Hurrah, among them -- that capture your imagination. Such is the case with Bill Bernstein's images, many of which have never been published, that appear in a new book and new exhibit appropriately -- and simply -- titled, Disco. For the most part, Bernstein chose not to focus his lens on the famous faces we've seen a million times (Bianca Jagger, Liza Minnelli, Andy Warhol et al.) and instead shot, in his words, "the Posers. The Watchers. The Posers watching other Posers watching the Watchers, watching the Dancers, watching themselves." The resulting photographs show young people of all races, ethnicities, orientations and backgrounds letting loose under the shiny disco ball and tripping the light fantastic in a sea of lamé, glitter, speedos and skinny ties. The book, which comes out this month via Reel Art Press, coincides with an exhibit at London's Serena Morton Gallery running from December 3rd through January 24th, 2016. In the meantime, take a look at some of our favorite images from Bernstein's work.


Related Articles Around the Web
You May Also Like
Famous People