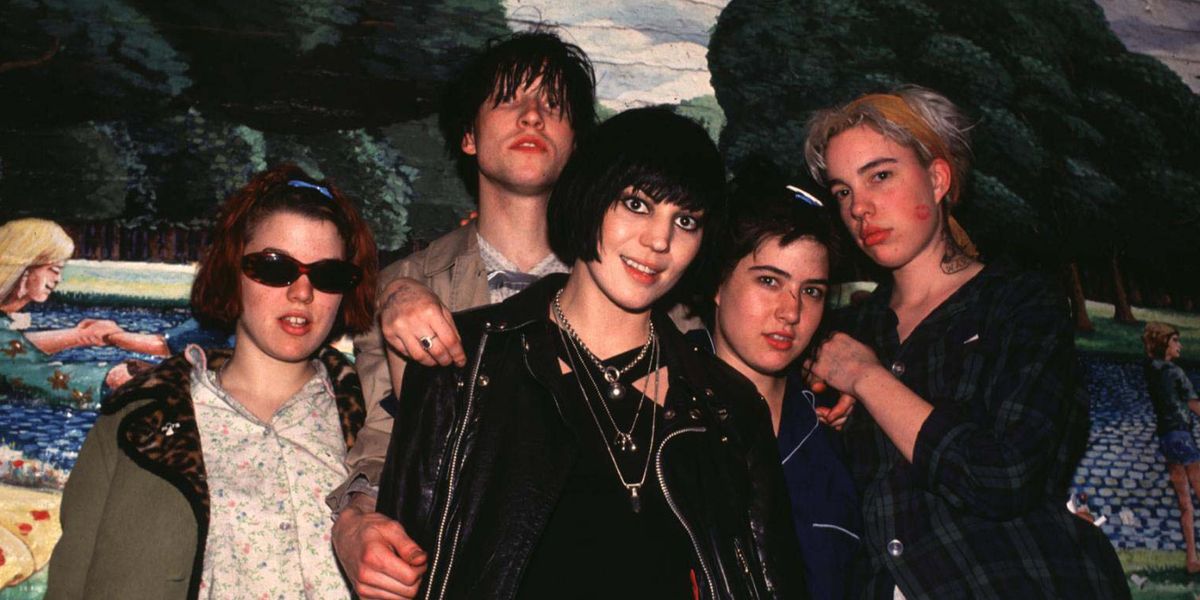 Bikini Kill aka Kathleen Hanna, Tobi Vail and Kathi Wilcox disbanded in 1997, but the world never stopped talking about them. Their legend status has only become more crystal clear in the past few years, as we've entered a spell of post-Trump Riot Grrrl fever, and young people look to the past for protest music that speaks to their anger and anxieties.

It was fitting when Bikini Kill announced early in 2019 that they'd be reuniting. Last week, they played their first show in 22 years in Los Angeles and last night, they played the seventh stop on their tour in Brooklyn at King's Theatre. The word on the street is that, of course, they still shred, they're still magnificent, and they still have lot to say about Trump, feminism, aging and everything else.

Kathleen was even overheard last night instructing fans to stop calling her their "riot mom."

Age has never impeded mens abilities to be seen as rock stars, and Bikini Kill did their part to prove the same for women, bringing out punk elder stateswoman, 60-year-old Joan Jett of "Bad Reputation" glory last night to help them out with their anthem, "Rebel Girl." The pair are old collaborators: Joan latter played guitar, produced and sang on several tracks off Bikini Kill's 1998 compilation The Singles, according to Rolling Stone.

The scene was a euphoric, intergenerational feminist punk dance party: Kathleen and Joan embrace before launching into a raucous performance of the song, with Joan contributing guitar and backing vocals while Kathleen hurls herself around the stage.

Bikini Kill have one more show in Brooklyn at the Kings Theatre, before heading to Europe, and then back to the US for this year's Riot Fest.