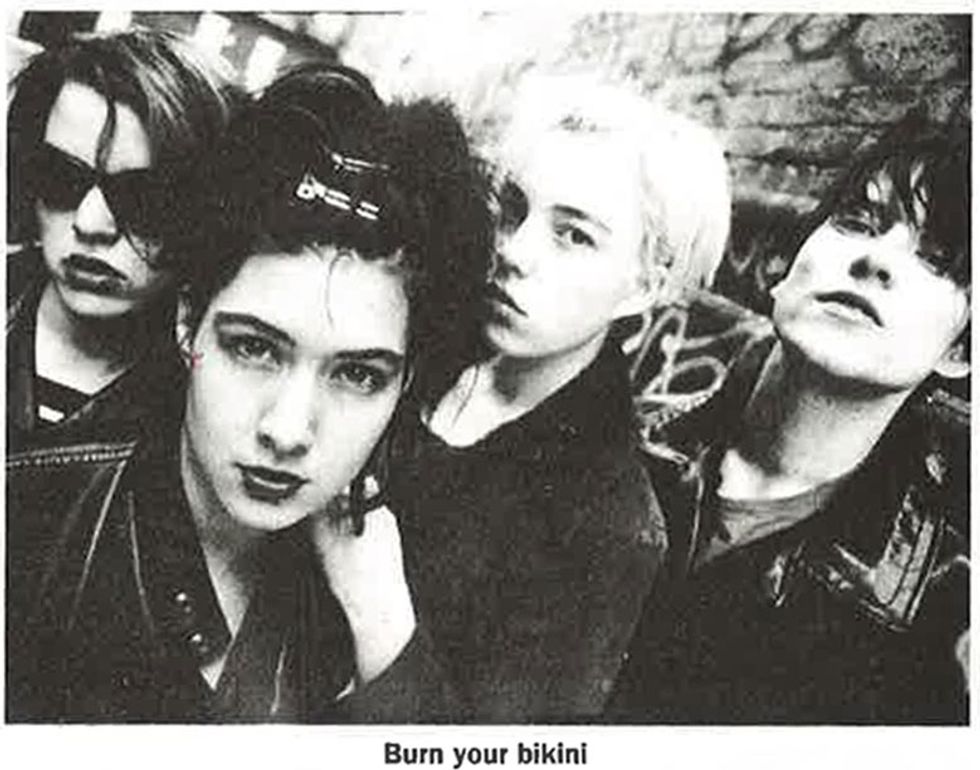 Bikini Kill Is Re-Issuing Their 1991 Demo Tape, Including 3 New Songs

The collection of work will be re-released on CD, vinyl and digitally as well as a limited-edition replica cassette version only available via mail.

The songs were mixed by Fugazi's Guy Picciotto and mastered by John Golden for this reissue.

The full track list for Revolution Girl Style Now, which includes songs from their self-titled EP and their Yeah Yeah Yeah Yeah album, is below:

Watch a trailer for the demo below, which includes footage from Bikini Kill's first-ever show.
Famous People