They're tight! They're comfortable! They're shockingly kind of flattering? As athleisure that doubles as both performance gear and something suggestive (a February New York Review of Books piece quoted Trump's former golf caddy as saying that "Golf is a lot like cycling shorts. It can reveal a lot about a guy"), bike shorts check all the influencer boxes. They even keep your thighs from connecting in uncomfortable ways. Can we wear Spanx on their own yet? 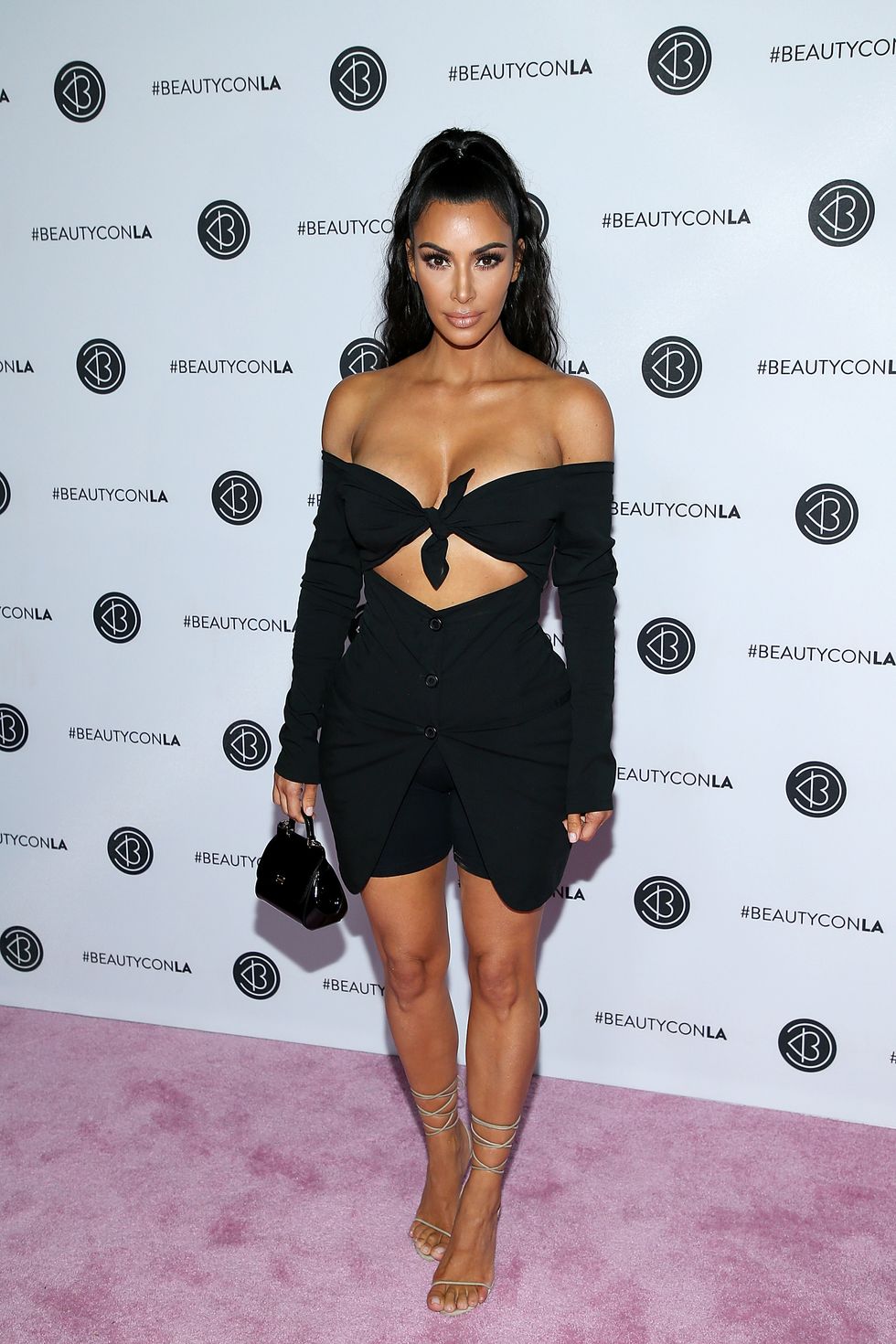 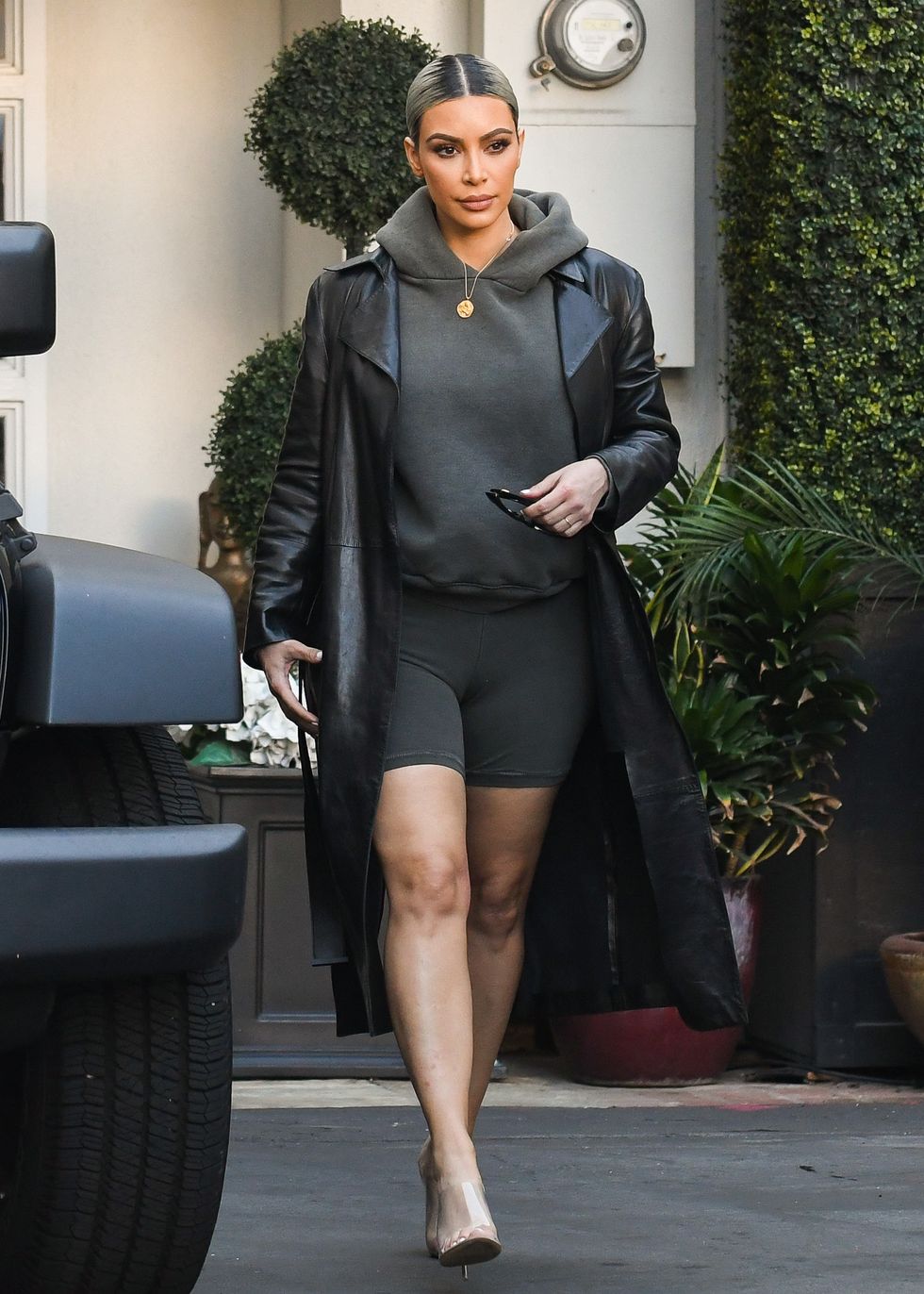 Related: The Glamorous Life of The Clermont Twins

At the spring 2018 Off-White show, designer Virgil Abloh showed his final look on Naomi Campbell, white bike shorts with a matching tailored blazer. The collection was directly inspired by Princess Diana — Campbell's outfit referenced images of the late Princess of Wales leaving the gym. The same pictures have since become a touchstone for street style enthusiasts and hypebeasts alike. "[Diana] was a strong individual that despite her position had her own personal taste and it came out through the clothes," Abloh told Vogue. "There is no stylist at play here." 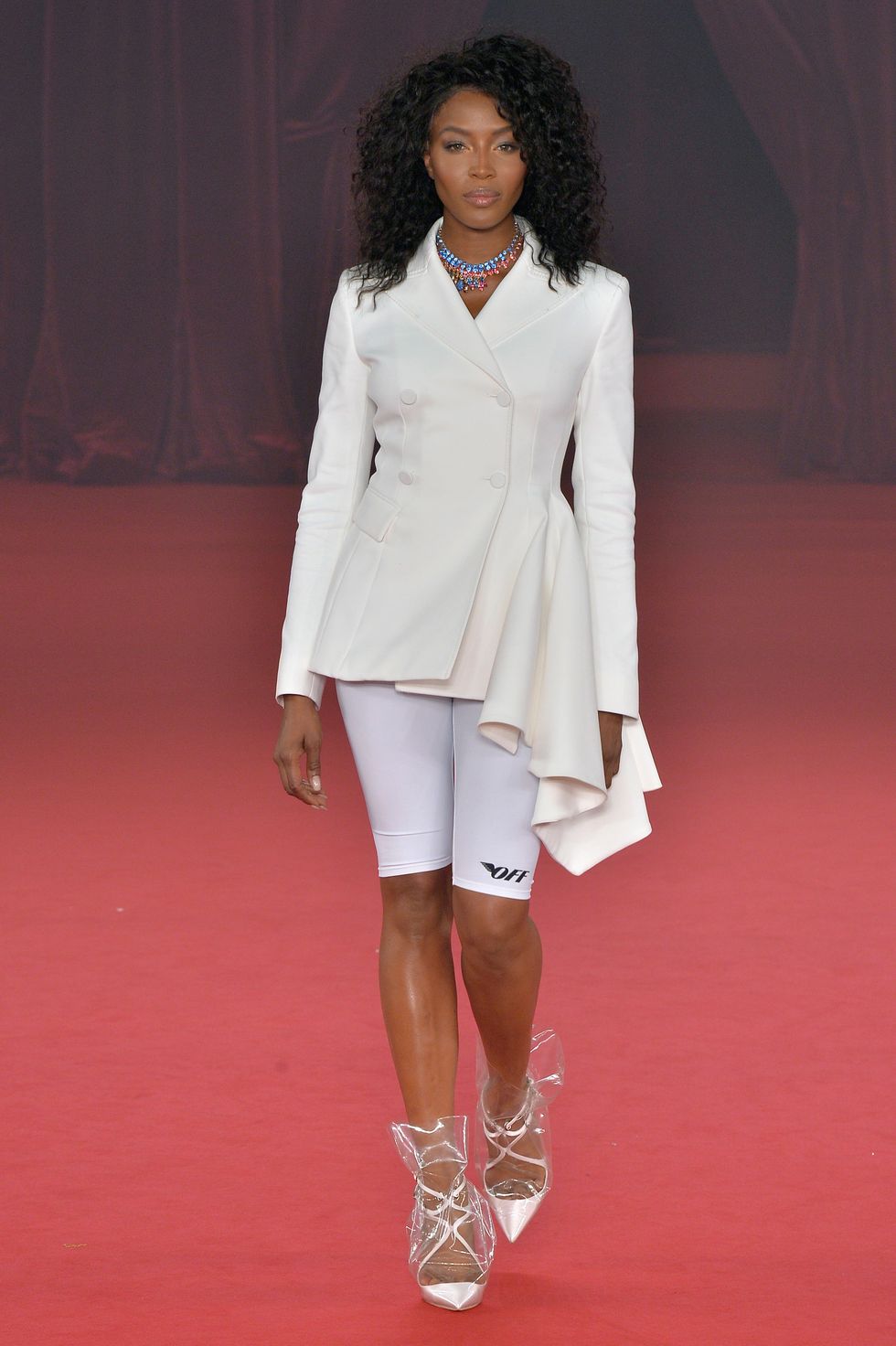 Though bike shorts have been a highly visible trend for some time now, for spring 2019 designers dug in. They were everywhere. Certain brands align with the overall bike short aesthetic ('90s nostalgia mixed with gleaming futurism, á la The Matrix, an overused reference that will haunt us until the end of time). It wasn't a surprise to see them pop up again at Off-White. Marine Serre, who describes her (gorgeous) work as "futurewear," showed a white pair with a green swirl, matching a top with her signature half-moon logo. Prada, which mixed a 1960s-style femininity with athletic references, showed silk bermuda shorts that were cut so close to the body that they echoed cycling styles. 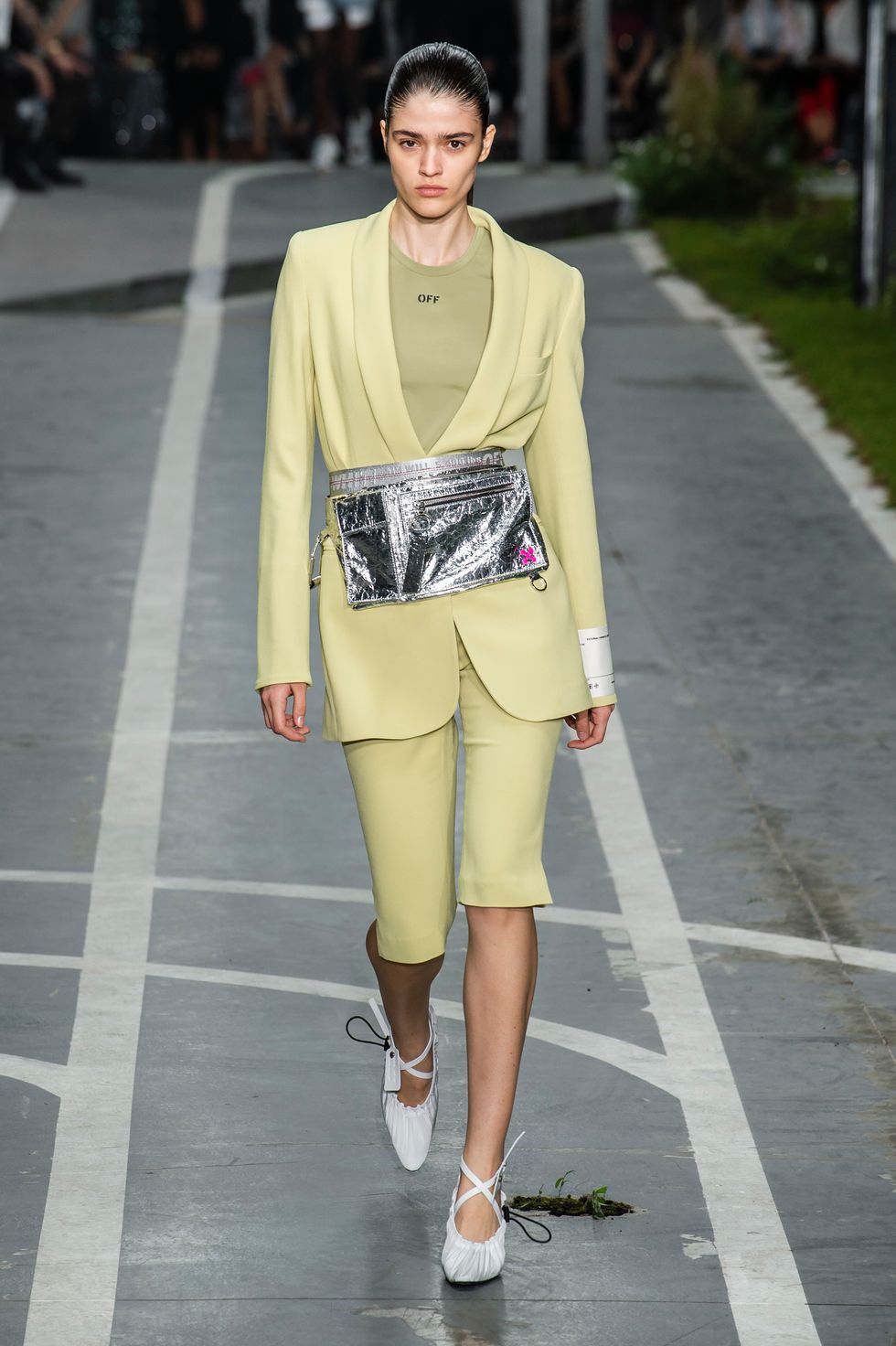 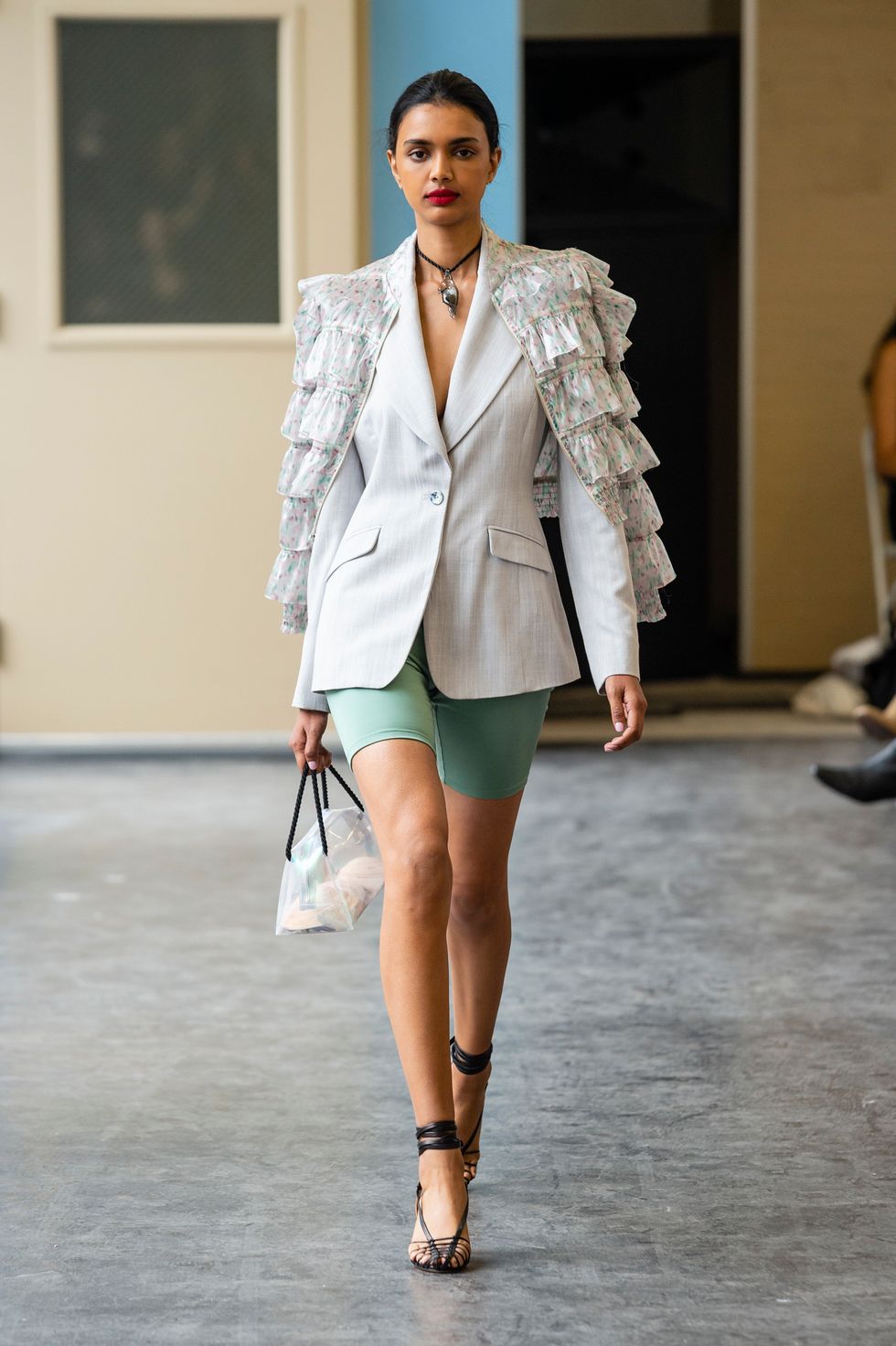 Especially when styled with the aforementioned blazers, cycling shorts have a Eighties Lady air, the feel of women in suits changing out their heels for sneakers. They're sleek, flattering, comfortable. They're here to stay — for at least one more season.