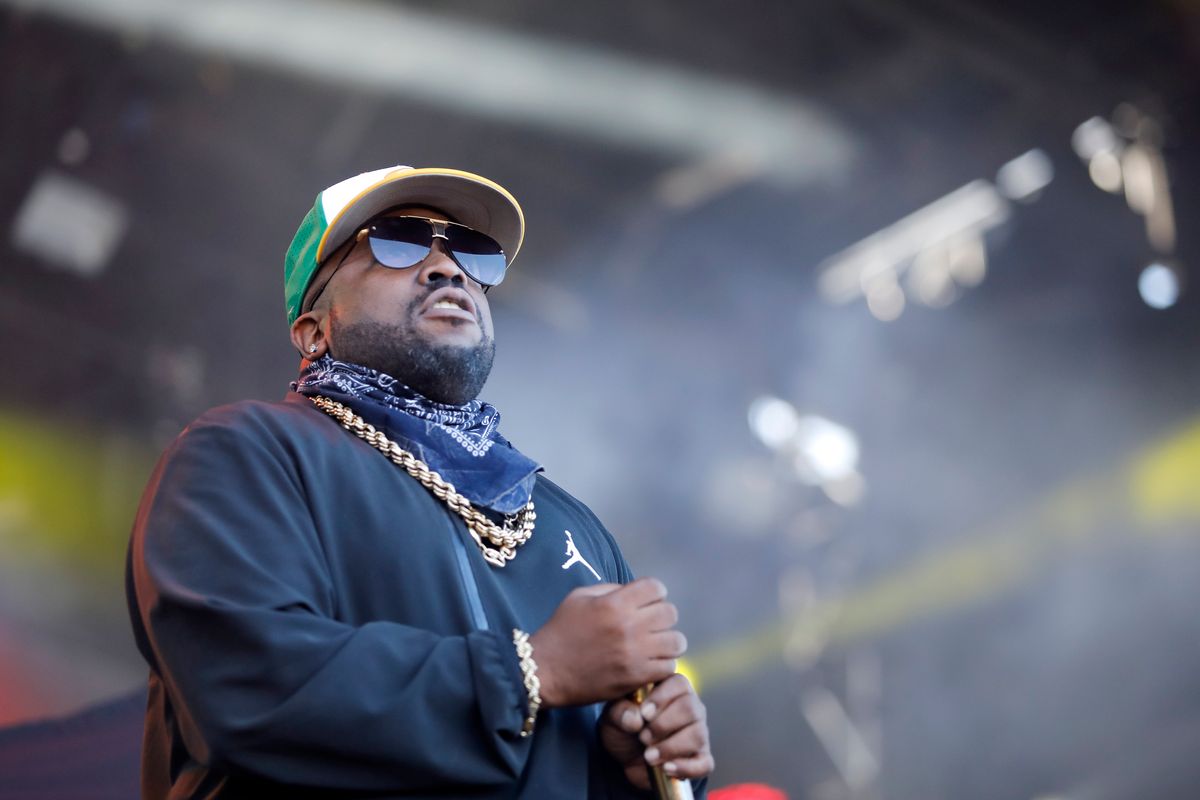 No disrespect to Taylor Swift, but Big Boi hinting at the possibility of a collab with ethereal legend, Kate Bush, on his upcoming project is actually today's biggest music news.

The OutKast rapper has apparently been a longtime fan of Bush, citing her as one of his all-time favorite artists up there with Bob Marley. In an interview with SiriusXM Volume. Big Boi recounted meeting the notoriously reclusive singer at one of her shows during her 22-night residency at London's Hammersmith Eventim Apollo in 2014. "At the end of the show, she invited me and my wife back to the dressing room to have a glass of wine," Big Boi said, adding that the two kept in touch and met up for dinner a few years after that where they talked about their kids and Bush introduced him to Armagnac.

So when pushed about whether or not we might finally see a Kate Bush collab on the upcoming Big Sleepover album, Big Boi coyly smiled and teasingly added "stay tuned. Just stay tuned."

Considering how much of an open secret it is that Big Boi has been trying to work with Kate Bush for years, it's exciting to think that it might have finally happened. Having been a stan since middle school, you know Big Boi will do Bush justice. It's also been years since we've heard anything from Kate Bush and the prospect of new material alone is worth the excitement.

Big Boi has yet to set a release date for Big Sleepover, but has said that he would rather wait until the global pandemic subsides, "we like to get out the campaign when it's time to kind of move around and shake hands and kiss babies and really get out there and perform the music. Because that's one of the best parts of doing it: creating in the studio for a year and a half, and then being able to see the reaction on people's faces." Hopefully that ends up being sooner rather than later, but in the meantime we'll being doing as Big Boi says and staying tuned.