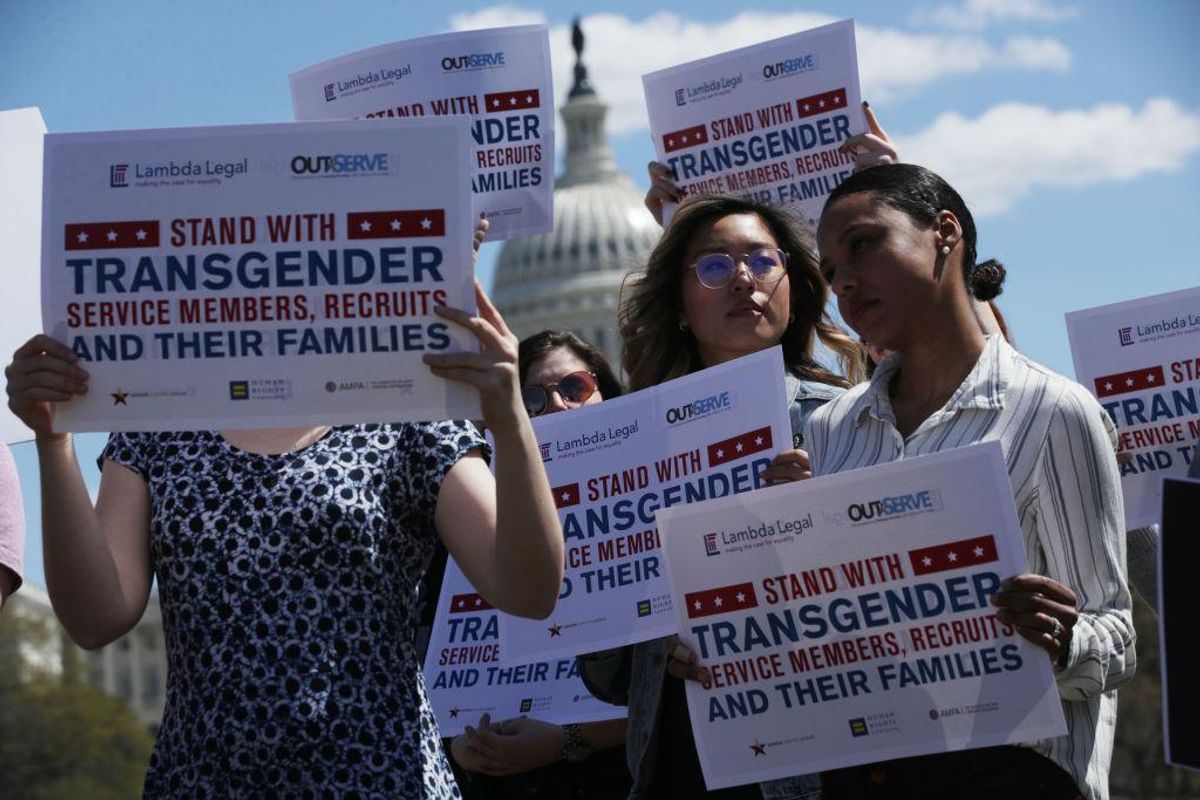 Most of the Biden presidency so far has been a mass-undoing of Trump's most unpopular policy mistakes, and it looks like this second week is no different.

This morning the President signed an executive order repealing Trump's ban on trans people serving in the military, which means that once again all Americans who are qualified may serve in the armed forces. Per the White House, "President Biden believes that gender identity should not be a bar to military service, and that America's strength is found in its diversity."

The order is effective immediately, and will also retroactively correct military records of trans people who were affected by Trump's order. Famously announced via Trump's now-deleted Twitter, the trans ban was put in place in 2017, reversing an Obama-era policy that allowed trans people to serve openly in the military. (Ah, the back-and-forth.)

Biden's new Secretary of Defense Lloyd Austin came out in support of Biden's move, saying, "If you're fit and you're qualified to serve and you can maintain the standards, you should be allowed to serve, and you can expect that I will support that throughout."

instead of letting trans people back in the military they should keep the ban and just kick all the cis people out too
— matt (@matt)1611547264.0

Other big reversals on the Trump era over the past week have included the United States rejoining the Paris climate accord, a reversal of the so-called "Muslim travel ban" and halting construction of the controversial border wall. Biden also announced a host of new COVID-19-related orders to help citizens battle the virus by providing direct relief.

And we're still looking ahead at a busy week, with Biden reported to be considering steps to improve prison conditions and eliminate the use of private prisons, establish regulatory actions to combat climate change and initiating open enrollment under the Affordable Care Act.

We won't hold our breath for total revolution just yet, but this new political era is certainly a little less stressful than the previous one.