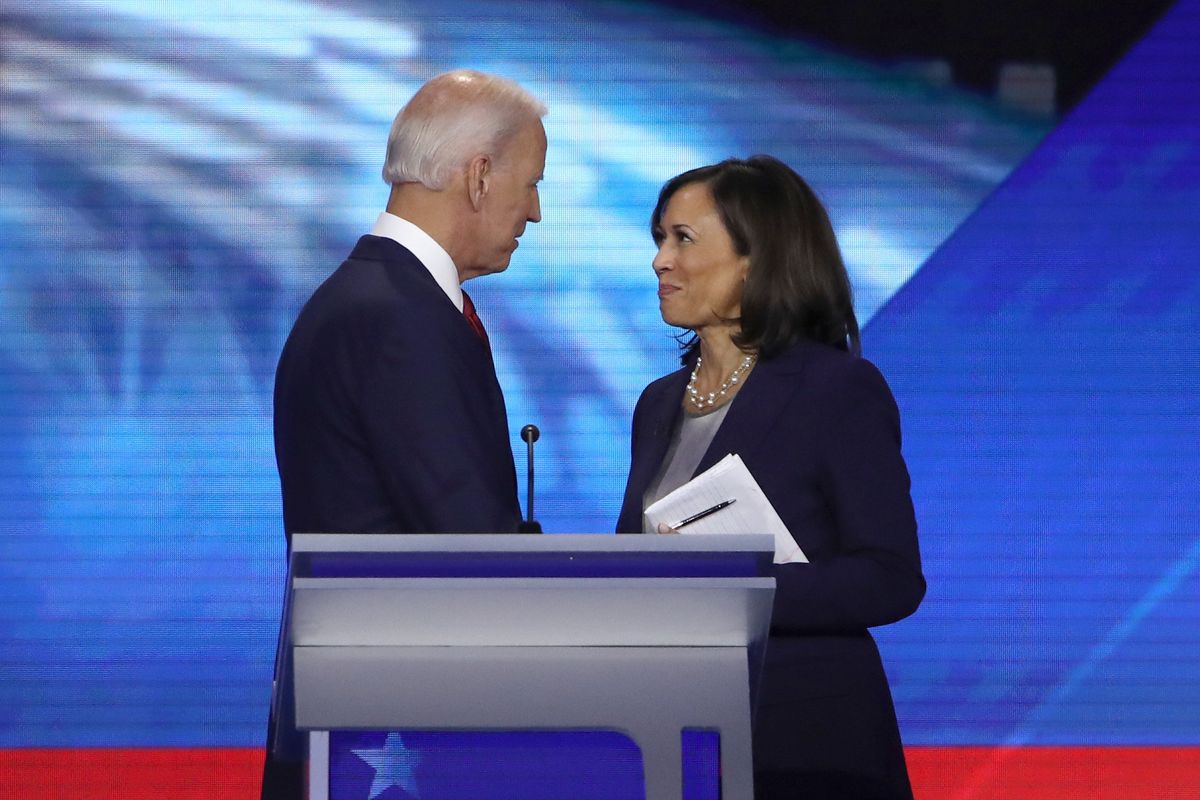 Democratic presidential nominee Joe Biden has picked former rival Kamala Harris as his running mate. The Californian Senator will become the first Black woman as well as the first person of Indian descent to be nominated for national office by a major party, per the New York Times.

After months of heavy speculation, Biden reportedly texted the pick to his supporters this afternoon: "Joe Biden here. Big news: I've chosen Kamala Harris as my running mate. Together, with you, we're going to beat Trump.''

Related | 10 Democratic Reps Weigh in on the Party's Future

Biden had previously announced only that his VP would be a woman. Harris was a forerunner alongside the likes of Susan Rice, Elizabeth Warren and Karen Bass.

It's an historic moment for the Democratic party. The daughter of immigrants, Harris has frequently paid tribute to the people of color who carved out political careers before her. She announced her presidential run on Martin Luther King in 2019, and the former attorney has said she was inspired to attend law school after attending civil rights marches as a child.

"She's been a fighter and a principled leader and I know because I've seen her up close and I've seen her in the trenches," Biden told supporters of Harris during a June fundraising event.

.@JoeBiden can unify the American people because he's spent his life fighting for us. And as president, he'll build… https://t.co/FBloyvb1KU
— Kamala Harris (@Kamala Harris)1597179385.0

Harris burned bright on the campaign trail throughout 2019, and she notably clashed numerous times with Biden on the debate stage. But policy disagreements aside, the two are reportedly good friends, and this endorsement assures Harris's political future.