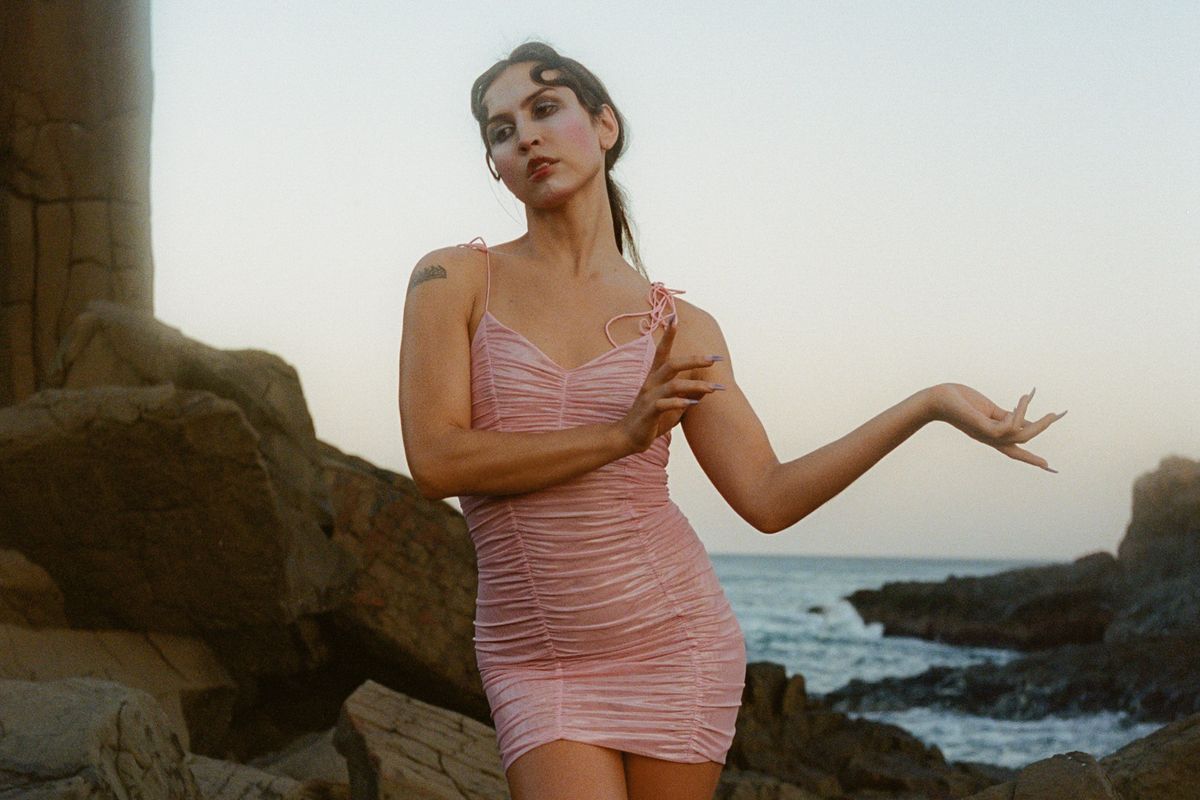 Bhenji Ra Is Taking Her Time

Catching up with the performance art icon and activist.

Bhenji Ra is investing in a lot of self-care these days. As well she should be: The artist has become known for her consistent service to the world as a beacon of truth. She works tirelessly to dismantle patriarchal notions of gender through original, immersive dance and visual art experiences that transcend easy categorization.

As such, Ra has performed alongside kindred spirits ranging from Mykki Blanco to Cakes da Killa. She has also always been outspoken about the outmoded gender politics of Australia, and is unafraid to challenge the institutional status quo. Ra once stated in an interview when asked how she felt about being involved with the Sydney Opera House, that while such an honor is nice and essential, it's also "just what should happen."

We couldn't agree more. Ra continues to break barriers and thus, create and demand safe spaces for trans, nonbinary, and queer people of color. We caught up with the artist, who is working on new choreography at various art residencies through Europe, to chat about where she's at now, the state of the LGBTQ climate in Australia, and why shows like Pose matter.

What are you spending your time thinking about and working on lately?

Well, I'm currently in Portugal working with a choreographer and floating between art residencies until the European summer is over — spending a lot of moments in the studio, by the lake, conversing with lovers through Google translate and quieting any access noise that I've gathered in the last 6 months. I had a pretty intense surgery in May so in a way this is a type of sabbatical for me. I'm taking space to heal not just physically but mentally and emotionally, finding ways to come home to my body and all that.

It's had me thinking a lot about the importance of time, especially for trans people of color, we deserve time, time to be, time to breath, time to come into our selves. Trans people currently exist in a space of urgency, our narratives and bodies are becoming more visible, bringing both new possibilities and new dangers. We are finally making moves and taking up spaces we have previously been erased by, yet trans violence and murder is on a rise globally. So there's this urgency and pressure to speak up and be visible but its coated with the possibility of death and violence.

There's literally no space to breathe. So I'm thinking about how to shift this system of labor into a system of support and care. This world would have us think we are disposable, but it's a capitalist lie built on colonialism to run us dry, in fact the world needs us more than ever and we have every right to take our time. So, yeah, I'm taking my sweet ass time.

"We are making moves and you will probably see us taking over your space in the near future."

What are your thoughts on the current climate for LGBTQ people in Australia?

On a national level maybe people would believe there are shifts being made especially with the recent Yes [same-sex marriage] vote but I'm yet to feel those waves. I felt there was so much rhetoric created by conservatives during the campaign that suggested gay was okay, like gay as in "modern family type gay," but transness and gender non-conforming people were something completely alien, threatening and undeserving of space.

There is a scary rise of conservatism in Australia and the people being targeted are trans and gender non conforming people, not to mention people of color, refugees and of course Indigenous Australians. Those who benefited from the Yes vote need to find ways to support those most vulnerable right now, what's the point of having this acronym if there's no reflexivity? On a personal, micro community level, my girls are killing it, as in my house. I'm so proud of all my daughters and sons. Have you ever seen spaces being created by trans femmes of color for trans femmes of color? Not ever in Australia. We are making moves and you will probably see us taking over your space in the near future.

How do you feel about representation of voguing culture in popular shows like Pose? How would you wish to see the vogue communities represented in media? What is media's role in doing so?

I fucking love Pose, and I think those who call it corny are missing the point and are lame! The series, although a little superfluous in its Ryan Murphy fashion, captures moments so specific to the trans experience it had me gagging, like, that's me! I mean, I'm sure you can be critical about the way our experience is packaged, what role does authorship come into play when the director is a white man but seriously, never before has there been this amount of trans women of color playing the roles of trans women of color! It's a huge shift in telling our story especially with someone like Janet Mock behind so much of the script writing. And if we are talking about the representation of Vogue culture we have to ask ourselves what is a vogue community, what does it look like, well, its black, trans and femme and I think this is often neglected by those who want to talk about or experience what vogue culture is today.