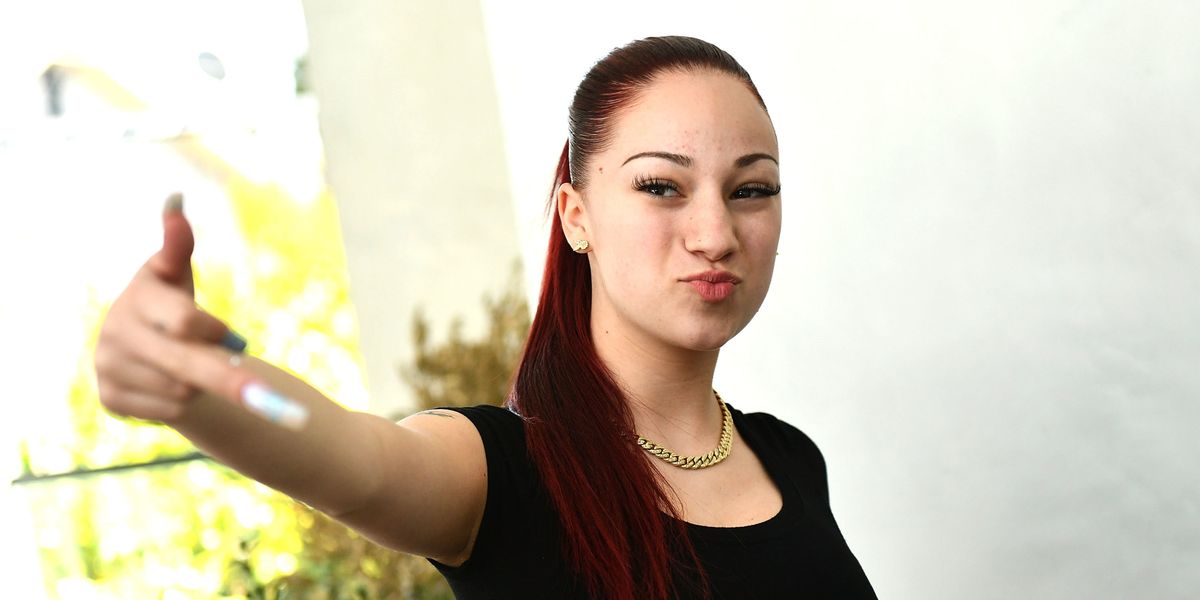 We are blessed to be living on the same internet as Meaghan Garvey. She's one of the sharpest and brightest music journalists working today, and when she writes something, we take notice. For Complex, she embarked on a day-long, uh, adventure with Danielle Bregoli, that involved a verbal altercation in a nail salon, finger tattoos, and silver earrings.

The story begins with the teen rapper and her entourage scouting a proper place in Brooklyn to get her nails done. Bregoli prefers to be sporting long acrylic nails at all times — a propensity, we learn, that she's picked up at the tender age of 10. Her publicist gets into an argument with one of the other nail salon patrons who calls Bregoli out for saying the salon is not "hood" enough. From there, Garvey unlocks some mysteries about her rapping career, her taste for bagels with bacon, and charmingly, her lying streak. It's quite the profile.

Still, we were left being unable to decide if we like her or not. On one hand, her level of cultural appropriation and profiteering is pretty gross; on the other, Garvey notes that Bregoli doesn't appear to have any friends her age. We also learn that her relationship with her mother was highly dramatized on Dr. Phil; they appear to get along as fine as can be expected, given Bregoli's taste for crime. Bregoli even paid off her mom's mortgage as a Christmas gift.

Below is a sampling of our Bhad Bhabie Feelings, as produced by Garvey's emotional rollercoaster of a story. We are still wondering how we are "supposed" to feel.

Bemusement: "I wasn't stealing cars at like, six. But I've always been bad. I used to drive this little Barbie car and tell random people, 'Fuck you!' and flip them off," said Bregoli, of her criminal inclinations.

Sympathy: "Her father, a sheriff's deputy for the Palm Beach Police Department with whom Danielle is currently estranged, separated from her mother not long afterwards. Her mother, Barbara Bregoli, was diagnosed with breast cancer when Danielle was four," writes Garvey.

Exasperation: "If anyone ever knew I did something, it was because I told them. 'Cause I'm a really good liar, so I end up snitching on myself."

Furor: "These are just gonna break!" she yelps over her shoulder to Ariana. "I need acrylics! We need to go somewhere more hood!" writes Garvey, as Bregoli expressed frustration that the nail salon only does gel extensions, not acrylics.

Welp: "But I'm not desperate to do anything. I could go back to Boynton [Florida] if I really wanted to. Don't get me wrong, I'm grateful for everything, but I don't wanna make it seem like I wouldn't be able to survive without fame. 'Cause I did it for 13 years," says Bregoli of her rapping career. Bregoli is 15.