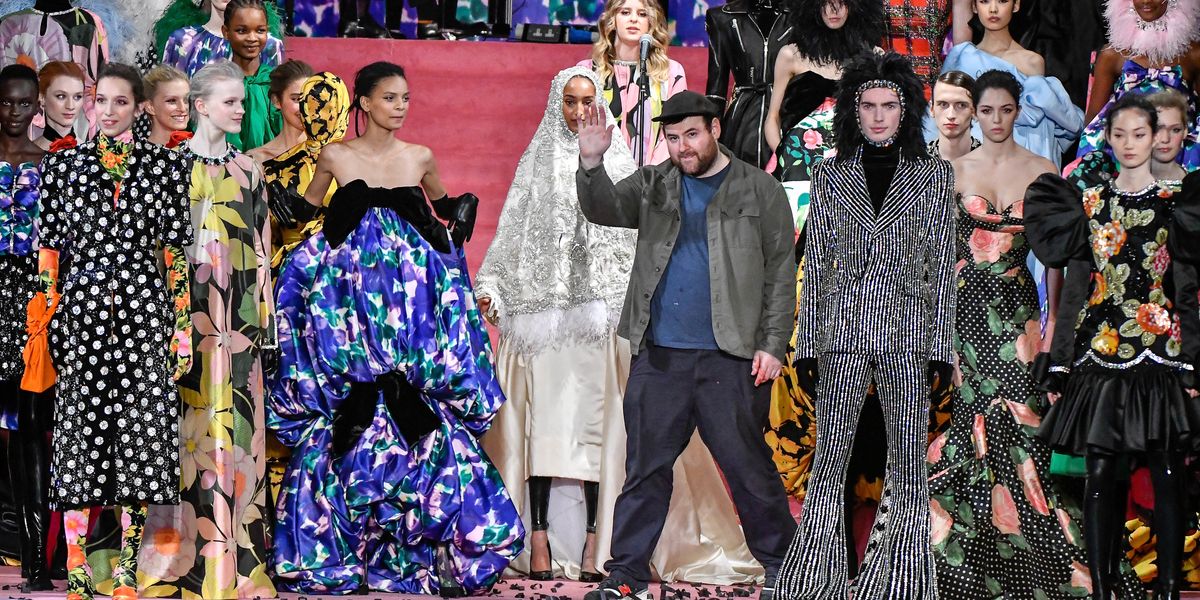 While some parts of the world like France and Italy are starting to reopen, the fashion industry is still at a standstill in the UK, which is home to a large group of small independent designers and young creatives.

To help these businesses get back on their foot, the British Fashion Council has set up a £1,000,000 emergency fund for designers affected by COVID-19. These grants were announced today and are being awarded 37 British fashion businesses including Richard Quinn, Roksanda and Matty Bovan.

"Over the last couple of weeks, we have seen an astonishing amount of applications come through from British designer businesses all over the country, asking for help to survive the crisis," said BFC Chief Executive Caroline Rush in a statement. "Our hope is to re-open the fund for future rounds, to help as many businesses as possible and ensure the future growth and success of the British fashion industry."

Fund recipients will be given a maximum of £50,000 as well as access to BFC business support and mentoring from the BFC's Fashion Business Network. The money was pooled together from the BFC's talent support grants like the BFC/ Vogue Designer Fashion Fund and BFC/ GQ Designer Menswear Fund, which normally would've gone to one winner.

The BFC Foundation Fashion Fund and "A Material Difference" fundraising initiative is similar to what Vogue and the CFDA launched in New York recently with "A Common Thread," which accepts donations to support American fashion talent also affected by COVID-19.

See, below, for the complete list of designers who received grants.

British Fashion Council on Instagram: “The first recipients of grants from the BFC Foundation Fashion Fund for the Covid Crisis have been announced, including…”