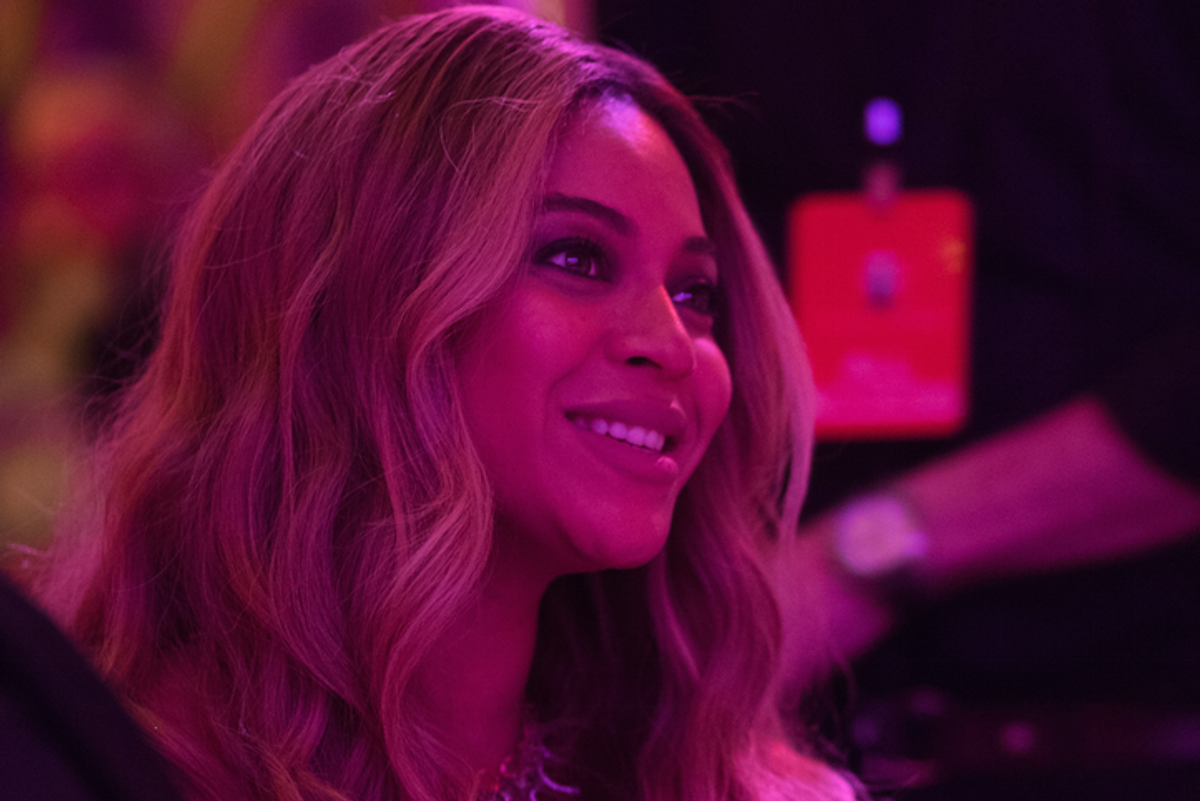 It's become part of our culture to assume almost every female celebrity has had work done, especially when our current facial beauty ideal has become very specific: high cheek bones, a sculpted jaw, big lips. Lip injections, in particular, have become so ubiquitous that we've come to recognize the signs – usually puffed up skin around the lips themselves – and after Kylie Jenner's acknowledgment of going under the needle, the largely obvious procedure seemed to barely make news anymore.

Apparently, though, the "have they, haven't they" debate is still a source of fascination for some outlets. Gossip site MediaTakeOut recently published an article that pointed to pregnant singer Beyoncé's potential lip enhancement and her publicist, Yvette Noel-Schure, was not here for one bit. In fact she went off.

In a statement to gossip cop, Noel-Schure implied Beyonce's noticeably largely lips were at the result of her pregnancy.

"What do you know about the effects of pregnancy on a woman's entire body? Please tell me," she said. "Did you know that in addition to weight gain there is often a dramatic change in the blood flow in the system and increased fluid, causing swelling? Do you know that often women's gums get swollen? Do you know that it sometimes affects our speech, our ability to chew intently and a host of other things?"

She continued: "But the sacrifice to our faces, our feet, and our entire bodies is something we welcome because we bring beautiful humans into the world who will one day combat your hate and negativity. I stood silent during Beyoncé's first pregnancy when you thought it was OK to bully her like the cowards you are, when you accused her of never being pregnant, but I simply cannot this time."

Finally, she really hammered the point home, calling the sites editorial team "the saddest individuals" with "the coldest, despicable heart[s]."

"You need to find something else to do with your time and maybe stop by a store that has happiness on sale because you need to buy some."