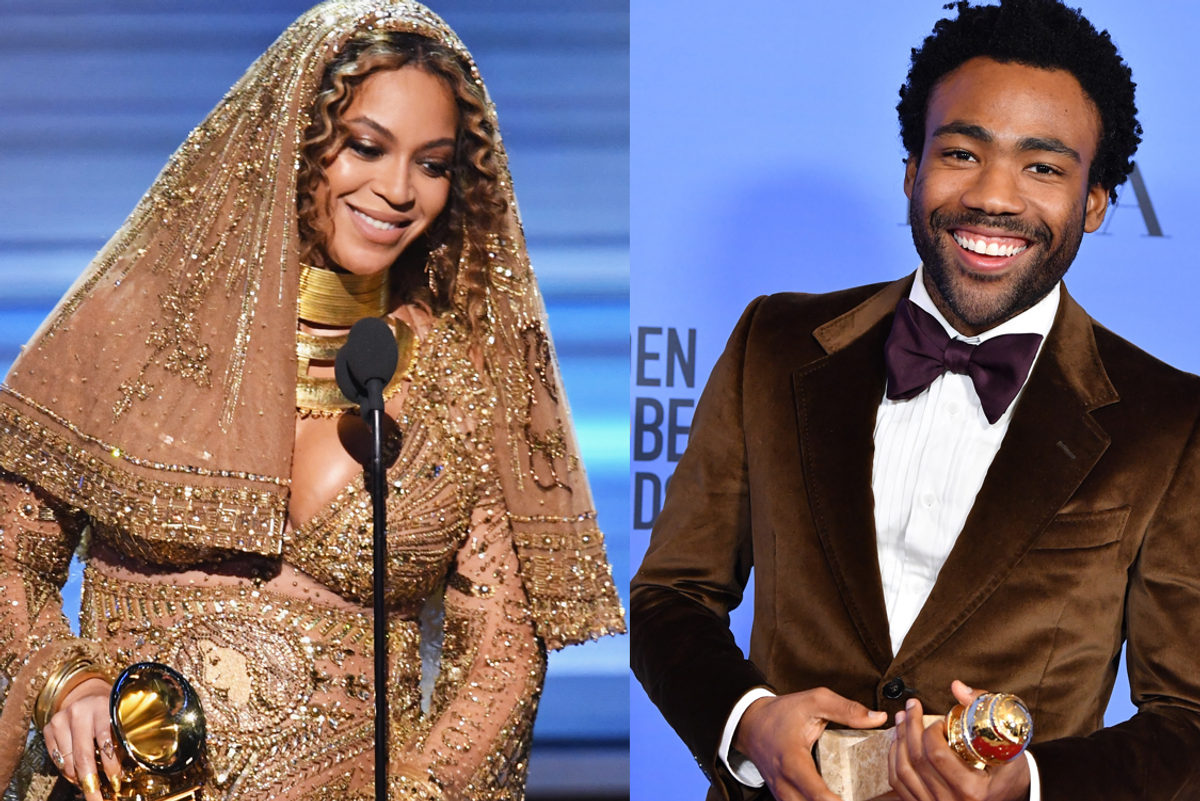 Beyoncé and Donald Glover can add yet another award to their impressive respective hauls from visual album Lemonade and TV show Atlanta, both winning one of the most prestigious honors offered in the entertainment industry.

The Peabody Awards is The University of Georgia's Grady College of Journalism and Mass Media's recognition of 30 stories that aptly represent social issues onscreen. Other winners include Julie Louis-Dreyfuss' hit ensemble-comedy Veep and BBC One drama Happy Valley.

"Winners represent sharp explorations of character, community, and craft in the best stories of today's scripted television landscape," the awards said in a statement.

Here is the full list of entertainment programming winners, as released by the Peabody Awards.

Donald Glover's enchanting series on the struggles of two young black men trying to make it in Atlanta's rap scene blends vibrant character study and rich socio-political commentary in delivering a detailed and textured exploration of a Southern city.

Co-created by Pamela Adlon and Louis C.K., the result of this searingly funny and beautiful show is an at-times raw examination of the vicissitudes of working motherhood, crackling with feminist verve and energy, that consistently cuts new ground.

BBC One (BBC One, Netflix)

A fresh take on the British crime drama that deals boldly and unflinchingly with the darkest human behavior while keeping its heart and even a tart sense of humor. Series creator Sally Wainwright has given us perhaps the greatest female lead on television today in Catherine Cawood, played by Sarah Lancashire in a stunning performance.

A true original that melds contemporary politics and serialized storytelling with a throwback approach, "Horace and Pete" is a truly independent and groundbreaking demonstration of how quality television is expertly produced for the new media environment, all the while building upon decades of artistry and craft.

"Lemonade" draws from the prolific literary, musical, cinematic, and aesthetic sensibilities of black cultural producers to create a rich tapestry of poetic innovation. The audacity of its reach and fierceness of its vision challenges our cultural imagination, while crafting a stunning and sublime masterpiece about the lives of women of color and the bonds of friendship seldom seen or heard in American popular culture.

A dark and timely examination of sexual abuse at the hands of privileged celebrity, "National Treasure" is an engrossing series that explores the loyalty of family and friends during crisis, the impact of sexual abuse on victims, and the legal system itself. As in real life, there's no neat ending in this dramatic rendering of one man's choices and the collateral damage he creates.

A rare show blessed with a perfectly cast ensemble, including the comedic genius of Julia Louis-Dreyfus, VEEP is a workplace comedy that not only captures the zeitgeist of the current bizarre political moment but transcends its own form to deliver a sobering message, with sharp dialogue, street savvy–and lots of laughs.

[h/t The Wrap]
Image via Getty.