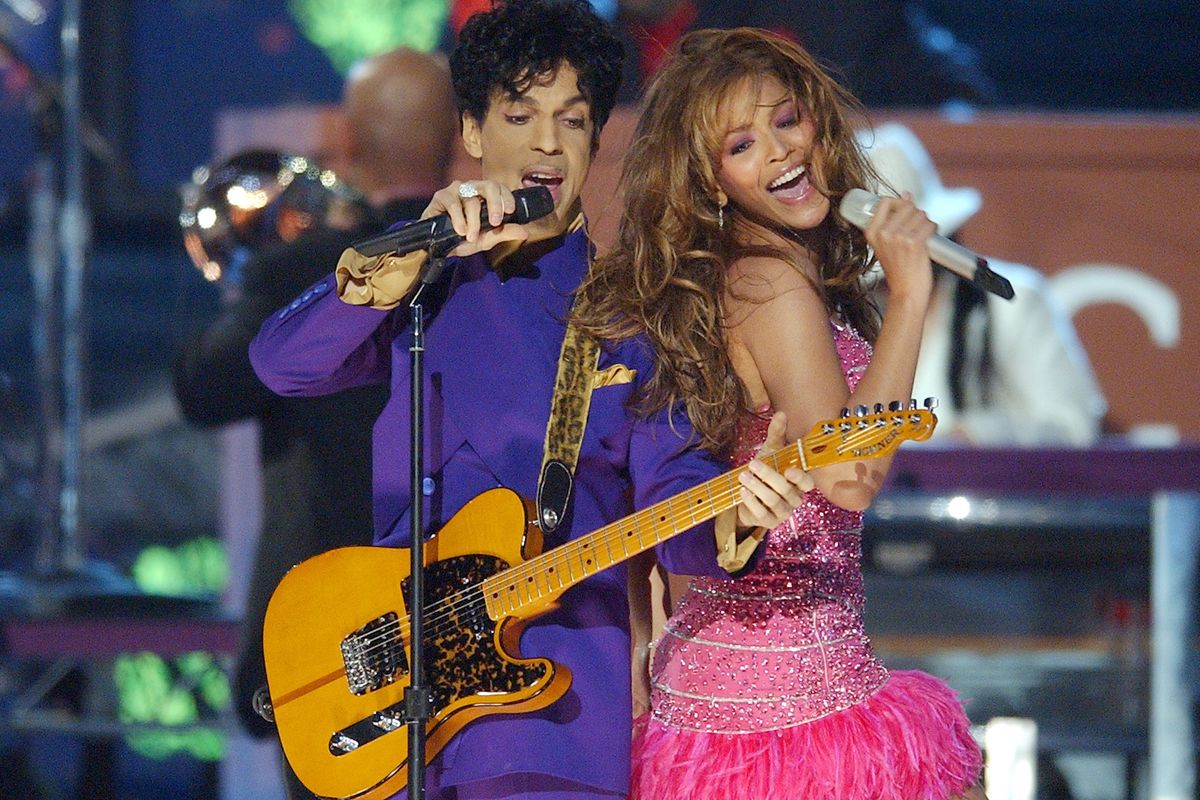 Beyoncé Wrote The Foreword To A New Book About Prince

Prince, the funkiest angel in freak heaven, is the subject of a new photography book by Afshin Shahidi ( Yara's dad!), called Prince: A Private View. Shahidi met Prince in 1993, becoming his cinematographer and one of the only people allowed to shoot Prince and his legendary 3121 house parties later in life. As if that wasn't enough of a stunt, Shahidi got one of the only divas on earth that Prince didn't shade, BEYONCÉ, to write the foreword. Entertainment Weekly got their mitts on an exclusive preview of Beyoncé's reflections on Prince: "Truth be told, the word 'icon' only scratches the surface of what Prince was and what he remains to me." Same, girl. Same.

The book is set to be released on October 17th, and you can see some exclusive photos from the collection here. In the mean time, let's watch these two crazy kids set fire to the rain at their 2004 Grammys performance of a Purple Rain medley with a dash of "Crazy in Love." Prince closes out the eyebrow-scorching set by telling the crowd, "Don't hate us cuz we fabulous," before tossing off his guitar and strutting offstage, and it's pure purple magic.