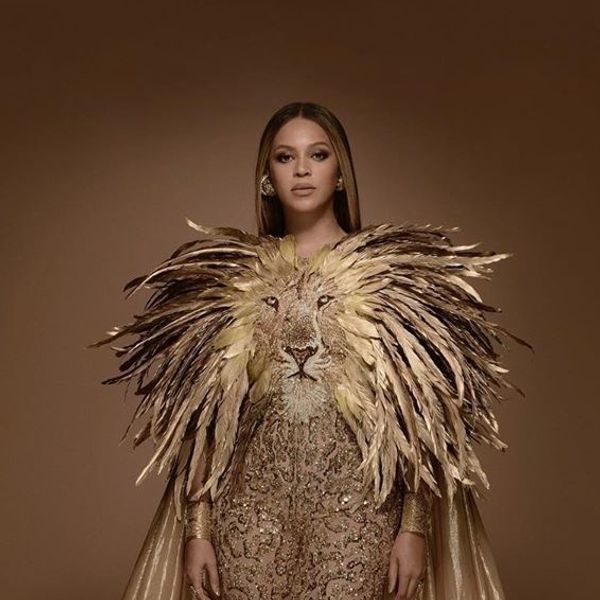 With Disney's The Lion King remake coming out this summer, the queen Beyoncé — who plays Nala in the film — channeled her inner Mufasa at the 2019 Wearable Art Gala.

The event, which is hosted by Bey's mother Tina Knowles-Lawson, was held at the WACO Theater Center with the theme "A Journey to the Pride Lands"—which explains why the red carpet was filled with references to African culture and Lion King. Knowles-Lawson told the Los Angeles Times, "Wearable art has to be over-the-top. It can't just be a dress with a little necklace. You've gotta really go there with it!"

And though Bey usually skips the red carpet, both her and her daughter Blue Ivy were most definitely in attendance. On Instagram, the singer revealed her glorious outfit with a gallery of photos, showing off the glittery catsuit with a lion's face on her chest, and feathers for its mane. To tie everything together, she also had a grand golden cape.

At the end of the gallery, the artist also added a bonus video of Blue lip-syncing to "Circle of Life."

Other celebrities in attendance at the gala were Chloe x Halle, Lena Waithe, Tiffany Haddish, Kelly Rowland, Michelle Williams, Daniel Kaluuya, Marsai Martin and more. See all their looks in the gallery below.