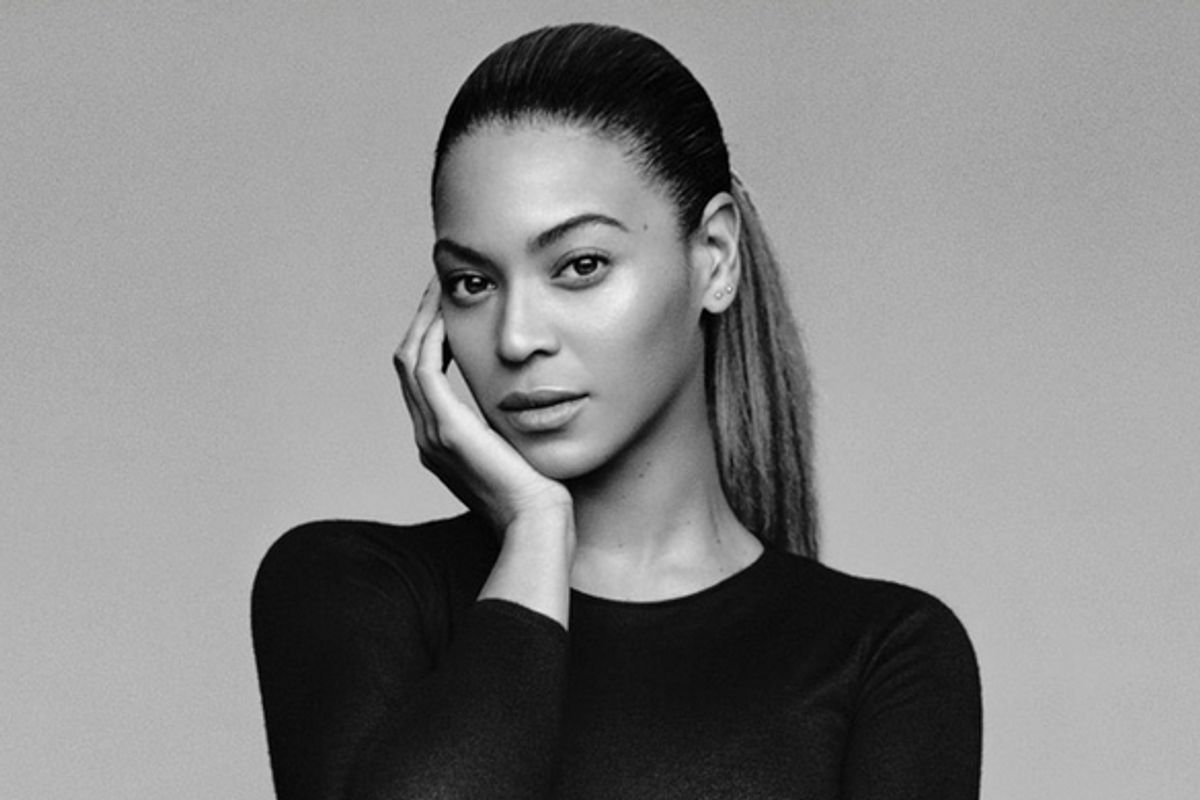 This 'track list' for the forthcoming Bey LP sprouted up today...

As many experts are pointing out, it's fake as fuck.

this is the most ingeniously fake track list i have ever seen https://t.co/bvW6QAA6Wf
— rob harvilla (@harvilla) March 30, 2016

But super inventive, nonetheless--can you imagine how earth-shattering these collaborations would be?

Seriously, whoever conceived of a duet with Adele called "Lemonade Taste" deserves a medal (and probably a really good therapist).