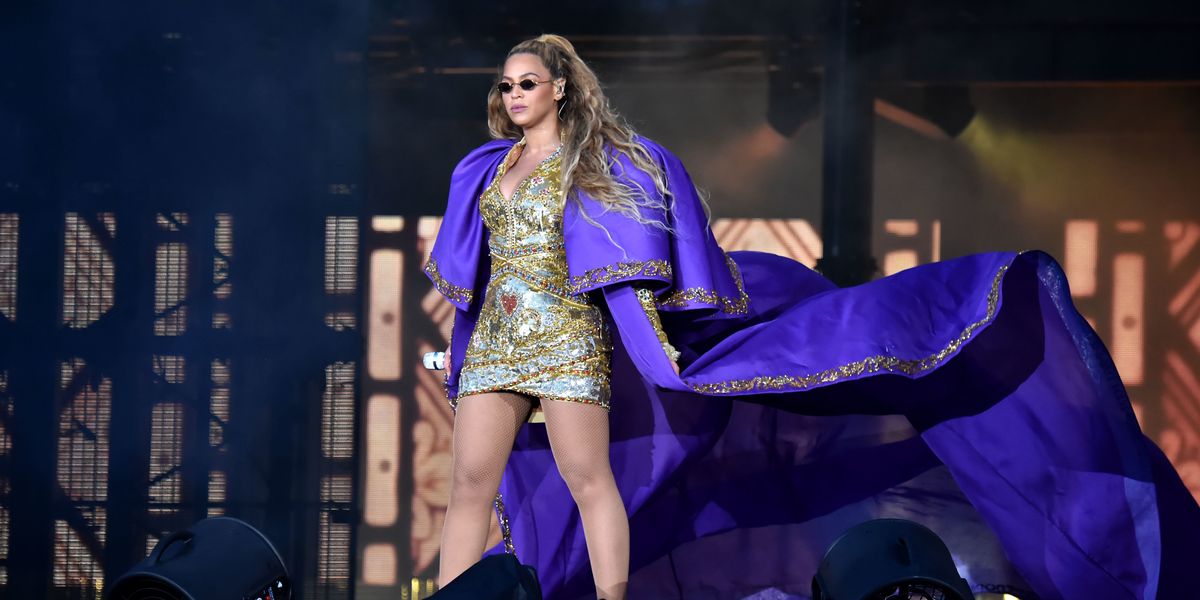 There aren't many things Beyoncé can't do. There was that time her hair was caught in a fan and she kept singing, and recent footage from one of her OTRII shows even revealed her to sneeze in time with the beat, but this latest malfunction not even Beyoncé could bounce back from.

Related | Those Were Not Beyoncé's Babies

On her Warsaw stop, Beyoncé was confronted by the realization that her floating stage—a popular addition to artists' live shows since Kanye West incorporated the concept into his 2016 Saint Pablo tour—was not going to allow her off. Instead the platform, which was designed to lower Bey back to the primary stage, stranded her above the crowd.

The crew naturally rushed over to the queen en masse, offering her a ladder for a precarious climb down. Naturally, she was dubious, and went back and forth looking for other options (even taking time to do a little dance routine and blow kisses to fans!), before gradually descending, each of her feet held by a stage hand.

It seemed to be a highly stressful situation for Bey and the Hive alike and one that the singer, to her credit, managed as gracefully as possible. Check out fan footage of the incident, below.

The floating stage had a malfunction and got stuck at the end of the show so Beyoncé had to use an emergency ladder… https://t.co/7xbCxBBwn5
— BEYONCÉ LEGION (@BEYONCÉ LEGION)1530458899.0