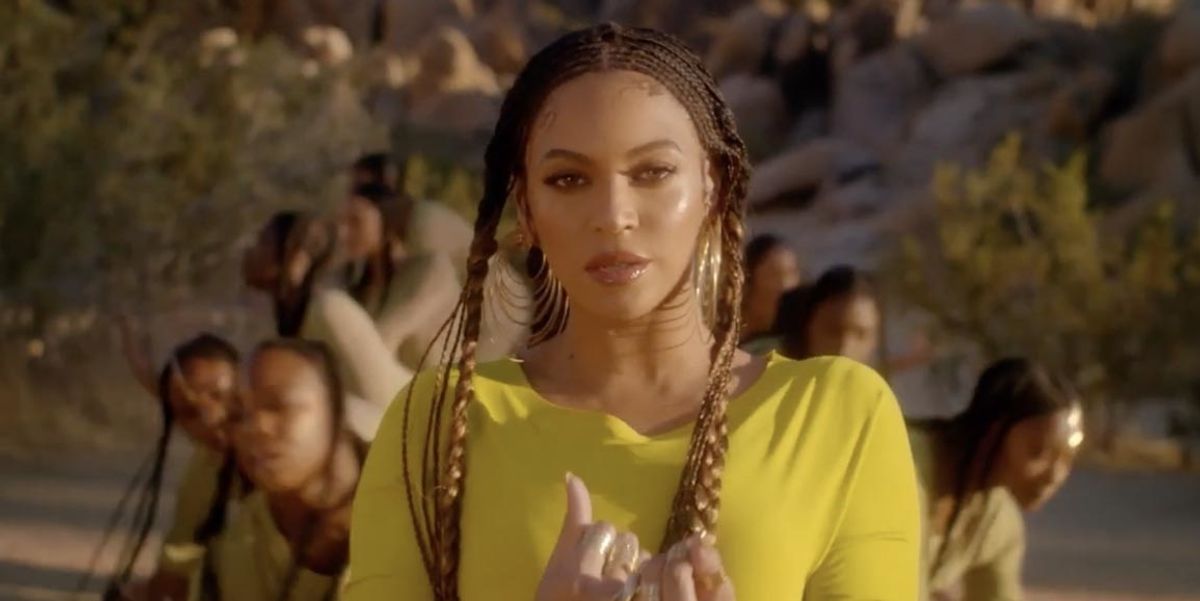 My skin? Cleared. My outlook on life? Renewed. And why you ask? Because mother Gaia incarnate, Beyoncé, has gifted us a cinematic music video for her new single "Spirit" and it's predictably glorious.

Taken off her upcoming Lion King-inspired album, The Lion King: The Gift, which features contributions from Kendrick Lamar, Childish Gambino, Jay-Z, Blue Ivy Carter, Tierra Whack, 070 Shake, and Jessie Reyez, the gospel-influenced "Spirit" sees Beyoncé at the top of her game, reminding us just how much of a vocal powerhouse she is.

In an interview with ABC News, Beyoncé underscored the personal importance of the new project explaining, "This soundtrack is a love letter to Africa and I wanted to make sure we found the best talent from Africa, and not just use some of the sounds and did my interpretation of it."

It's clear that Beyoncé has been taking a few cues from her sister Solange in this latest music video. From the hypnotic choreography down to the eye-catching monochrome outfits that easily pop against a sprawling desert backdrop, it is exhilarating to see the influence of visual albums like When I Get Home and Dirty Computer on the cinematic eye candy that is "Spirit." The new video also features footage from the upcoming remake of The Lion King, which features Beyoncé as the voice of Nala, interspersed throughout and a scene-stealing cameo from Blue Ivy, adorned in the same purple gown and dyed-red hair as her mother.

The Lion King: The Gift, drops this Friday, July 19th, which is coincidentally the same day the movie hits theaters, as well. Watch the official video for Beyoncé's "Spirit," below: