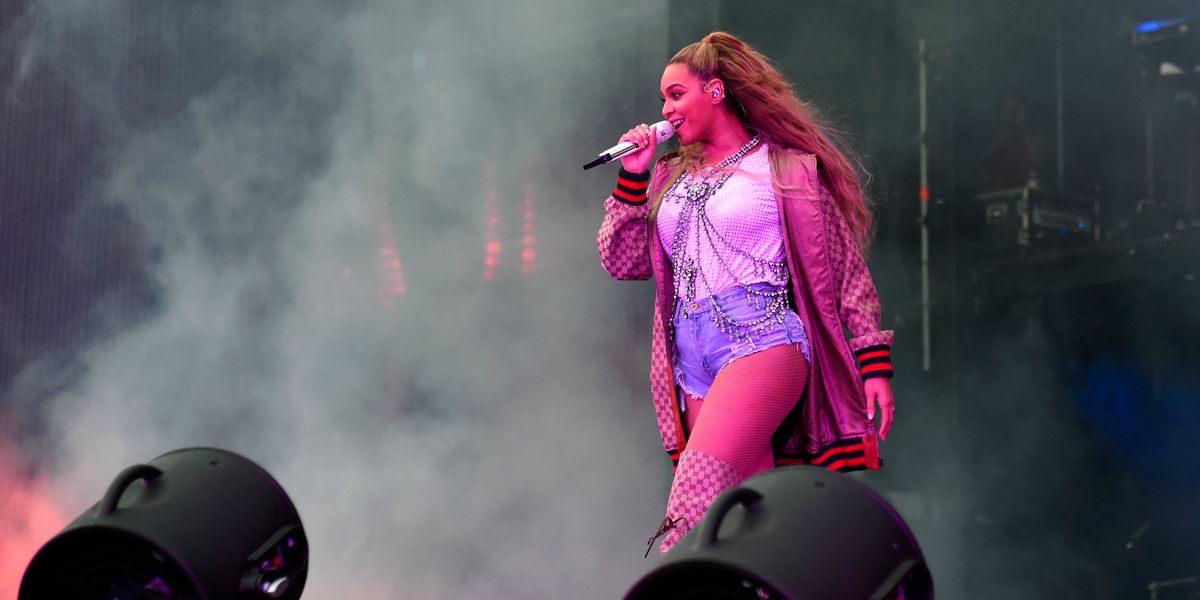 Even a Sneeze Looks Intentional in a Beyoncé Performance

Beyoncé is, without a doubt, the greatest performer of our time. Her #Beychella performance, the first headlining performance by a black woman in Coachella's history, was an inspiring ode to HBCU culture, a demonstration of perfect choreography, and a chance to see Solange and Bey adorably dancing together.

Queen Bey is also known to perform through injuries, to fire someone for missing a lighting cue, and to keep singing even when her hair is caught in a fan. Though no one needs convincing at this point, she recently gave us further proof of her talent and professionalism. While performing a set for her and Jay-Z's On The Run II tour, Bey found herself needing to sneeze (or cough) and managed to time it perfectly with the song's beat drop. In the resulting footage, the sneeze somehow looked intentional.

A little light research into the Beyoncé canon indicates that this isn't the first time either: