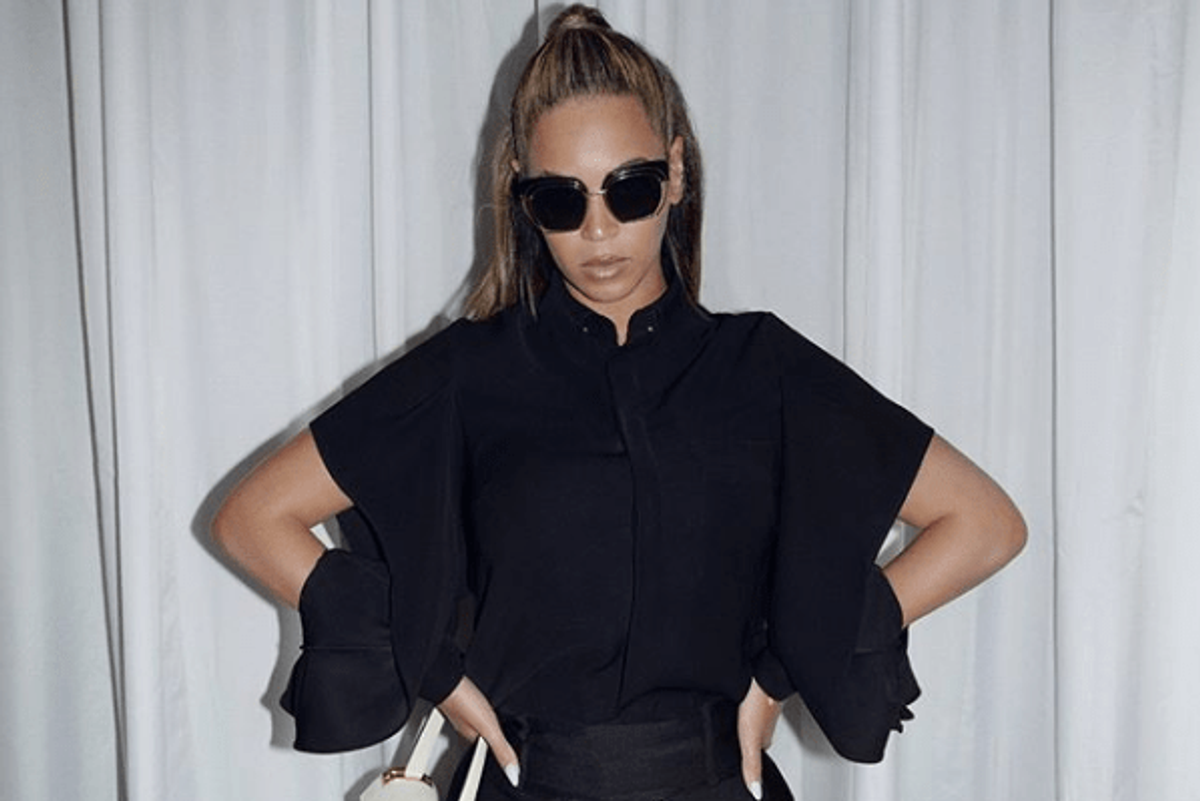 Beyoncé Shops at Target, Too

Beyoncé, the highest paid female artist of 2017, worldwide superstar, and mother of three was spotted on an extremely rare public outing, to Target, of all places, in San Clemente, California.

It's not everyday you see @Beyonce at target 🤩🤪 pic.twitter.com/3nI8bVqONh
— taylor 🦋 (@MsTaylorOlivia) December 7, 2017

still looks like it was taken with a potato but pic.twitter.com/LE3dBJioiQ
— taylor 🦋 (@MsTaylorOlivia) December 7, 2017

We'd say that maybe it was the pop star's dopplegänger, but Bey was also with her mother, Miss Tina Lawson, and her eldest child Blue Ivy, who was riding in a shopping cart (as children do). Shoppers caught the family browsing the toy and children's bikes aisles, and while it is holiday shopping season, it is also rare to see Bey out in public. Naturally, this became a full-fledged moment. (Bey is so private that she apparently changes her email every week).

Also keep in mind that Beyoncé rarely does anything (publicly) that isn't meticulously planned or purposeful. When the Queen of Marketing forever changed the album drop by releasing 2013's self-titled album all at once, videos and all, she famously showed up to a Walmart in Massachusetts to hand out gift cards after Target and Amazon refused to sell the full album. She and Jay-Z also posed for the paparazzi (another rare occurrence) in an elevator on Hov's birthday this year, which many took as a slick nod to the infamous 2014 elevator incident at the Met Gala.

Either Beyoncé's assistant called in sick, she's gearing up for a new project drop, or she really does love a good Target run, just like us.