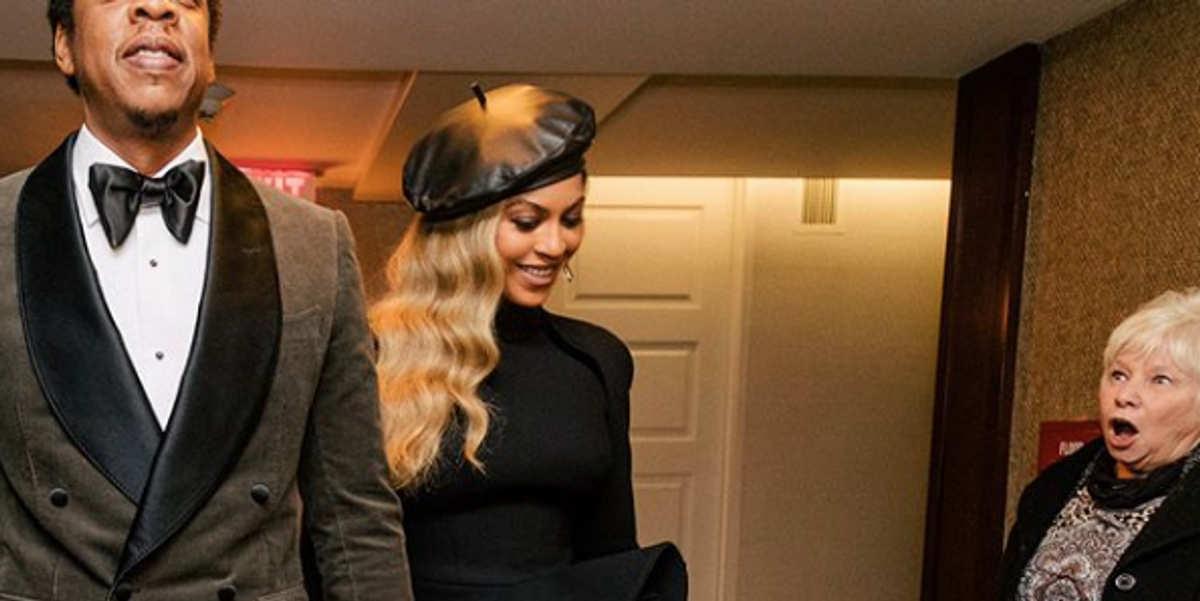 Shocked Woman in Beyoncé's Photo on Her Viral Moment

Beyoncé debuted a number of fierce looks this past Grammys weekend, and like the benevolent pop goddess that she is, shared them all with us on Instagram. One photo included a rare civilian cameo of a woman's priceless shocked reaction to seeing Bey and Jay walked by. In her reaction, she was all of us, in her physical placement at the Grammys next to cultural royalty, she was none of us, and as the woman and the photo quickly went viral.

The woman, Susan Monaghan from Boston, spoke to the press about her chance encounter with the spotlight. "I think it's hysterical," she told the Boston Globe. "Strange things happen to me."

She explained that she was visiting New York with her family for a birthday party for her daughter, and to attend her granddaughter's gymnastics competition. They were staying in the Sheraton Nw York Times hotel when she ran into Bey and Jay (the one time a Times Square hotel is actually the cool place to be).

As to why she thinks Beyoncé included the photo on her gram? "I think she posted it for me," Monaghan joked. "So people would believe me."