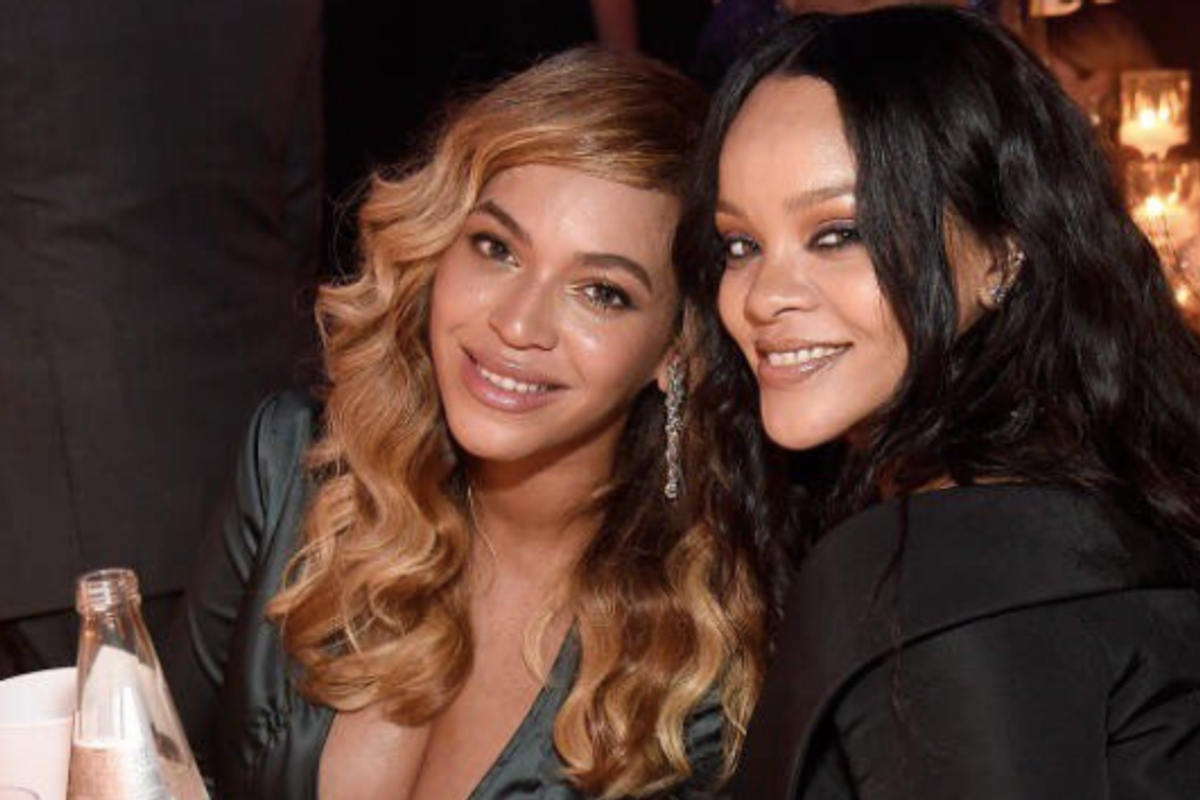 Our Queens Beyoncé and Rihanna Reunited at the Diamond Ball

Much to our collective joy, our reigning queens Beyoncé and Rihanna reunited for a photo opp at Rih's third annual Diamond Ball in New York last night.

The star-studded fundraiser reportedly raised over $840,000 for Rih's education-focused Clara Lionel Foundation, and guests included Kendrick Lamar, Dave Chappelle, Cardi B ( who looked like a damn Disney princess), Lil Kim, Calvin Harris, JAY-Z and Bey all in attendance. Even former president Barack Obama was there via video, offering his personal gratitude to RiRi for her philanthropy.

It was the moment Rih and Bey took a pic together though that sent Stan Twitter into overdrive.

a new photo of Beyoncé and Rihanna. this photo will shield you from all “rt for bad luck" tweets pic.twitter.com/oPRaFd8um1
— reggie (@1942bs) September 15, 2017

If the Navy and the Beyhive could finally come together as one, world peace might finally happen. But I dream.