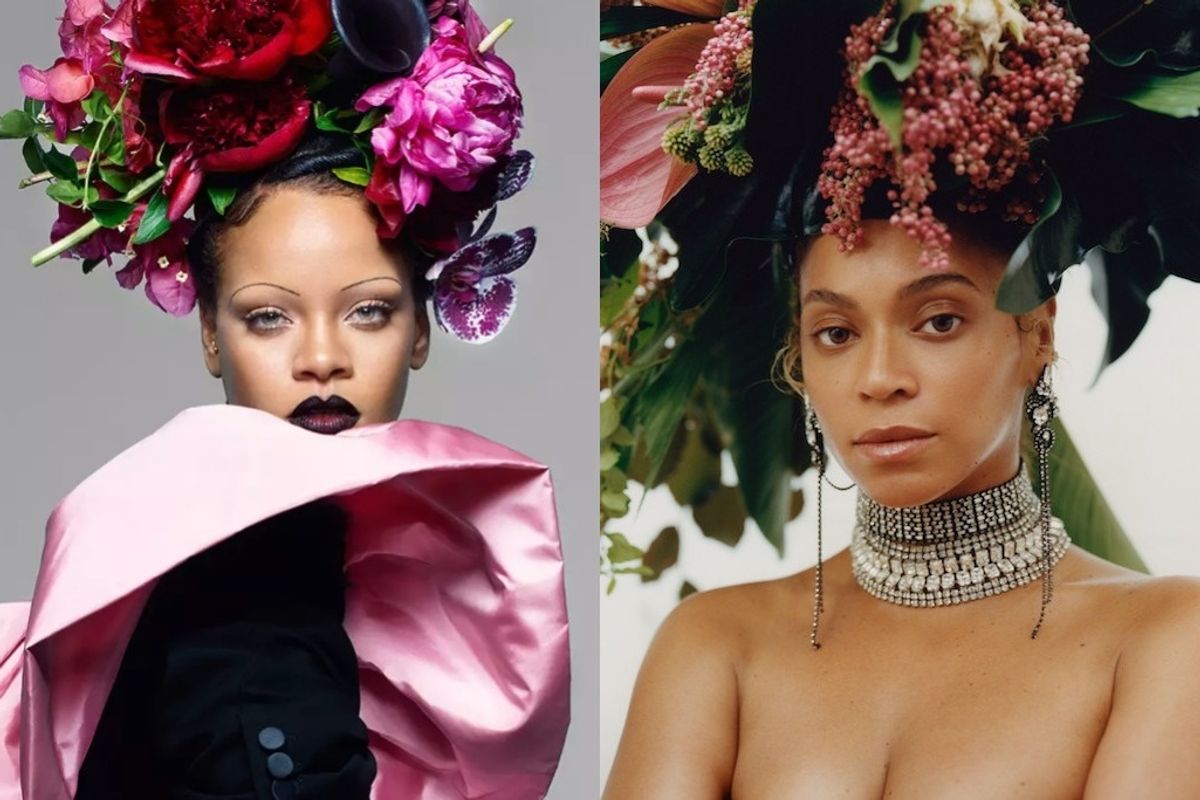 This month, two of the most influential women in the world appeared on the covers of Vogue and British Vogue, adorned with extravagant flower crowns. Rihanna and Beyoncé's matching looks did not go unnoticed, with Who Wore It Best debates cropping up on social media fueling comparisons between the two superstars.

But rather than pit two women against each other in the age old game of capitalist misogyny that assumes limited rewards and resources for a competitive pool, why not bring the two powerhouses together to combine their forces (and fanbases) into one amazing project? Male artists do it all the time. One fan on Twitter proposed the idea, and the reaction has been as swift and enthusiastic as you'd expect:

This might seem like a pie in the sky idea, except Twitter makes things happen all the time. (See: the movie starring Lupita Nyong'o and Rihanna, Naya Rivera and Big Sean, the election of Donald Trump?) The Internet is powerful, and there's no reason why it shouldn't be able to bring together two of the biggest artists of our age to create what would undoubtedly be the most hyped and potentially greatest albums of the next few weeks (we are talking in Twitter time, after all).

Rih and Bey, if you're listening, the people need this!