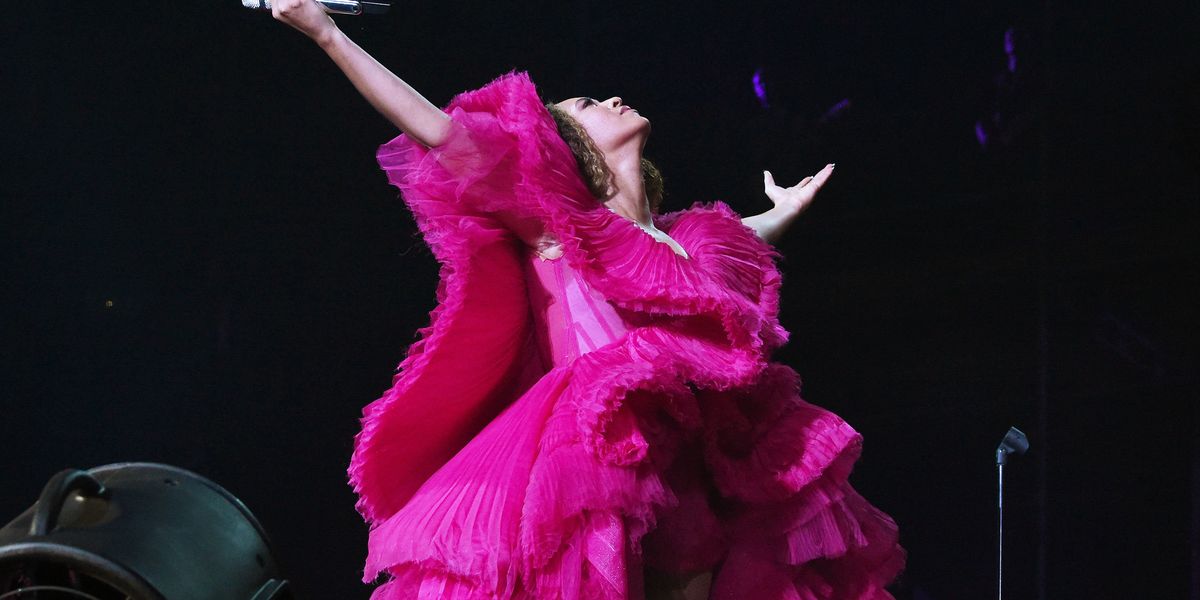 Netflix's Homecoming was everything we were hoping it would be, and then some. The documentary, centered on the behind-the-scenes of Beyoncé's iconic Coachella 2018 performance, was a glorious two-hour seventeen-minute work of art that has rendered viewers all over the world speechless. But get excited, because there's more!

According to an exclusive report from Variety, Mrs. Carter's deal with the online streaming platform was worth a whopping $60 million, and you better believe they're milking that deal. So they aren't just making this one project, not two, but three projects with Queen Bey. And although Netflix and Beyoncé's team have not confirmed, fans are already freaking out. (And so are we!)

beyonce signed w netflix for three projects with homecoming being the first, meaning we have two more... i could cry pic.twitter.com/LsR2Af7vIE

Also, Homecoming is the FIRST of THREE BEYONCE PROJECTS COMING TO NETFLIX.

We're 100% getting the Beyonce musical album/tour and she's going for that Tony https://t.co/zJeYHwI1Lb

So she took that $4M from Coachella and flipped it into $60M. Queen behavior. https://t.co/3kuZNjQlXE

Honestly, three Beyonce projects for $60M is a damn steal, even if she has total creative control (as I assume she does.) https://t.co/KwWE95gHQr

According to Vulture, HBO was also interested in the project, having had a long relationship with Knowles-Carter after they aired her 2016 "Lemonade" film, 2014's "On the Run Tour" concert special with husband Jay-Z, and the 2013 doc "Life Is But a Dream." But, apparently, the cable network backed out when Netflix came in with a higher offer.

No word has been given regarding the nature of the two forthcoming projects, but we're hoping maybe a mini-series? A full on Netflix Originals show? Maybe even a movie? After all, it's been a while since we've seen Bey show off her acting chops. Whatever the two new Netflix x Beyoncé collaborations are, we're sure they're going to be nothing short of amazing. Because Beyoncé.