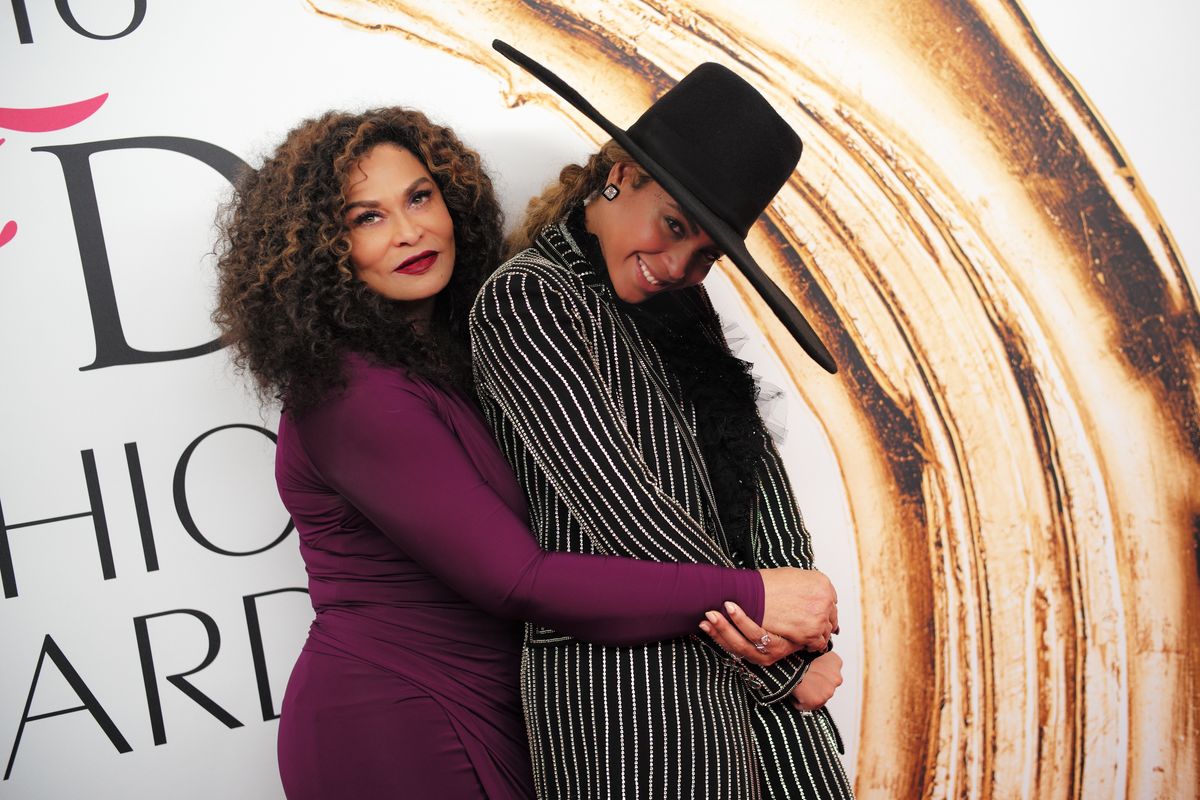 If you aren't yet, you need to start following Tina Knowles on Instagram immediately.

The wonderful mother of two of today's most talented musicians, Beyoncé and Solange, uses the platform in the way that you'd expect any human in their 60s to—and her page is all the more exciting for it. Her pictures are gorgeous and her captions are hilarious. In between red carpet photos of herself with captions like " I love me some bell sleeves!!!" and behind-the-scenes peeks into life as the mother of two ultra-celebrities, the fashion designer likes to post daily videos of herself telling jokes.

Admittedly, most of Tina's jokes are corny, but by introducing each one with an excited "It's corny joke time!" Tina has been able to beat her detractors to the punch. And with her smirky delivery, it's impossible not to laugh along with her. I'd be the first to tell you that my day is instantly made better when I come across one while scrolling down my Instagram feed.

But according to her most recent addition in the series, apparently Beyoncé isn't as big of a fan. Before getting around to the actual joke, Tina started her video by saying, "You know, Beyoncé was telling me the other day that I shouldn't do corny jokes all the time. But I told her, 'When you get my age, you've got to find your light!" You tell her, Tina!

It sucks that Beyoncé can't stand to see her mom have a little bit of fun, but at least some of her fans were quick to let the Lemonade singer know that her opinion was wrong. As it turns out, Ms. Lawson's corny jokes are a hit to everybody. Twitter quickly filled up with memes about the drama. Check out some of our favorites below.

Beyoncé is scared that if Mama Tina decides to release an album of corny jokes, Her&Solange's careers would be dead pic.twitter.com/wShSxsHzIZ
— La'Terrific (@KatorD) March 15, 2017