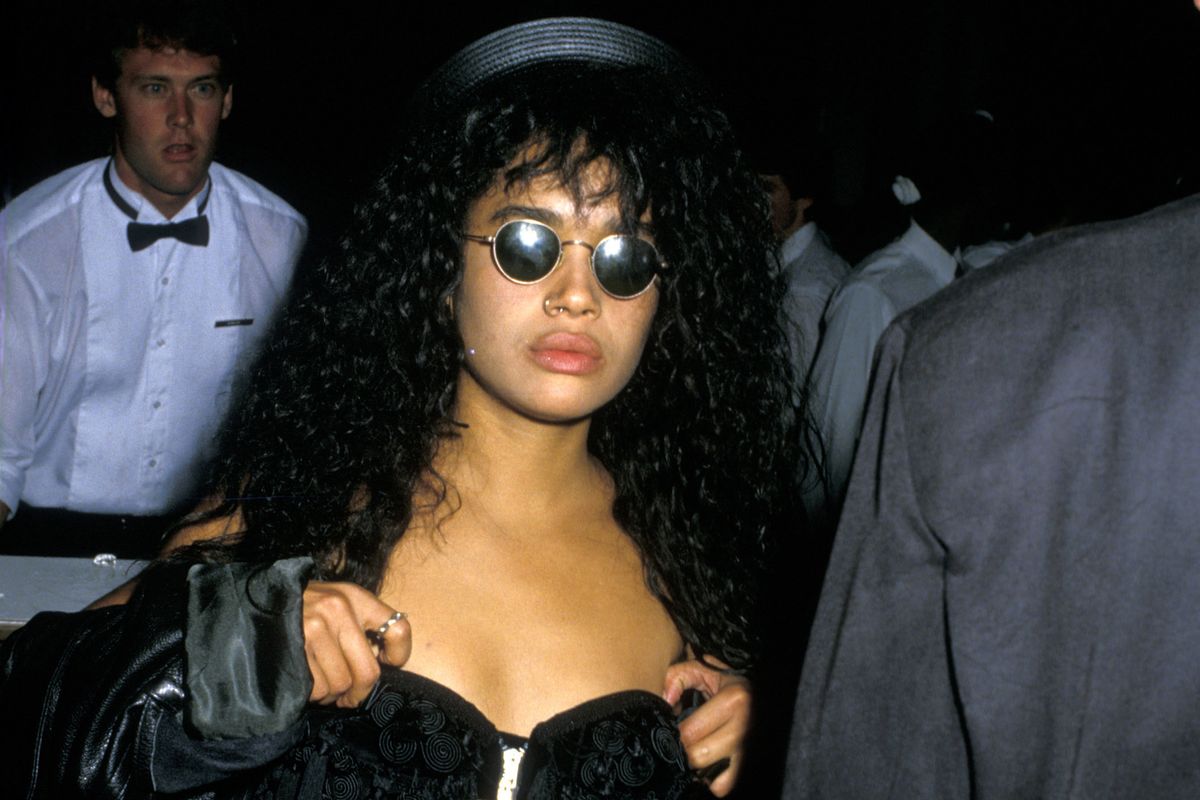 In honor of her recent 37th birthday, Beyoncé hath gifted us another one of her lovingly curated personal Instagram photo albums. And among many gems (mostly hot vacay pics of her and Jay-Z on yachts and such) there's an incredible photo of her cosplaying as one of the other most beautiful women to ever live: 90s icon Lisa Bonet.

Bonet, and if I have to tell you this then you're doing something wrong, is an actress and musician who rose to fame on The Cosby Show. She was formerly married to Lenny Kravitz, and their daughter Zoe Kravitz stars on Big Little Lies. Bonet also had a memorable turn in the movie adaptation of High Fidelity. She's currently married to Jason Mamoa! Her hat + tiny glasses looks of the late 1980s are somehow also very 2019. So Bey is, as usual, on trend.

Some internet sleuthing reveals the look, which features twins Sir and Rumi, is likely from a Halloween party in 2018. Beyoncé's spooky season costumes are legendary at this point — remember her Toni Braxton moment?

You can view Beyoncé's photo album of her 37th year here. Internet reactions to her Lisa Bonet costume, below.

Saw Lisa Bonet trending. Threw a few things together for my flight out to comfort Jason Momoa in his time of need.… https://t.co/fnvIhTKCHK
— Lori Sedore 🏳️‍🌈 (@Lori Sedore 🏳️‍🌈)1568983315.0