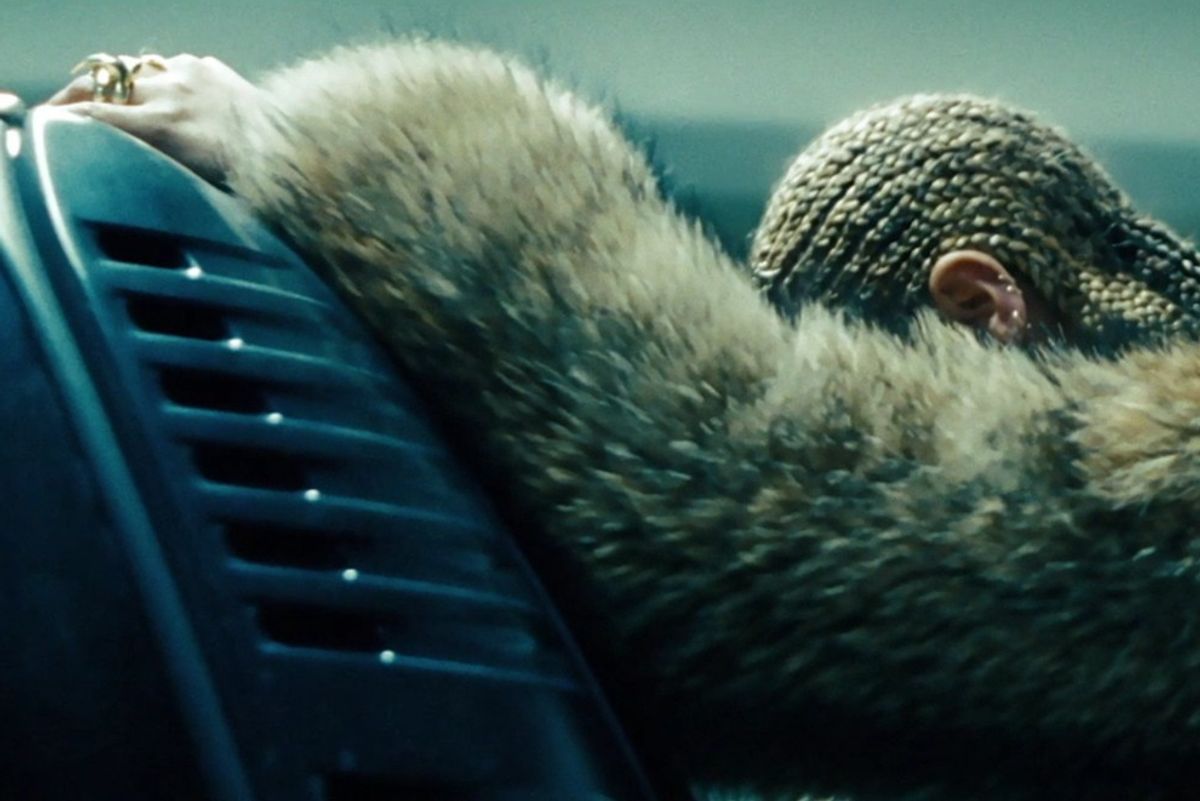 Beyoncé just dropped an incredibly cryptic teaser for 'Lemonade', a "world premiere event" airing next Saturday at 9ET/6PT on HBO. In the clip, the camera pans around Bey, whose face is obscured by her fur coat and drama itself. She whispers, "What am I going to do love? What am I going to do?" and that's it. What IS she going to do, you guys?!

Many are hoping that this means Queen Bey is about to drop her long-awaited new album to accompany her upcoming Formation Tour, but as the Bible says, "You will not know the time or the hour of Beyoncé's next release." Guess we'll just sit in thirsty silence until next weekend!

Me RUNNING to get back in Formation. #LEMONADE pic.twitter.com/eG0rfM3TPl
— Beysus (@Beygency) April 16, 2016