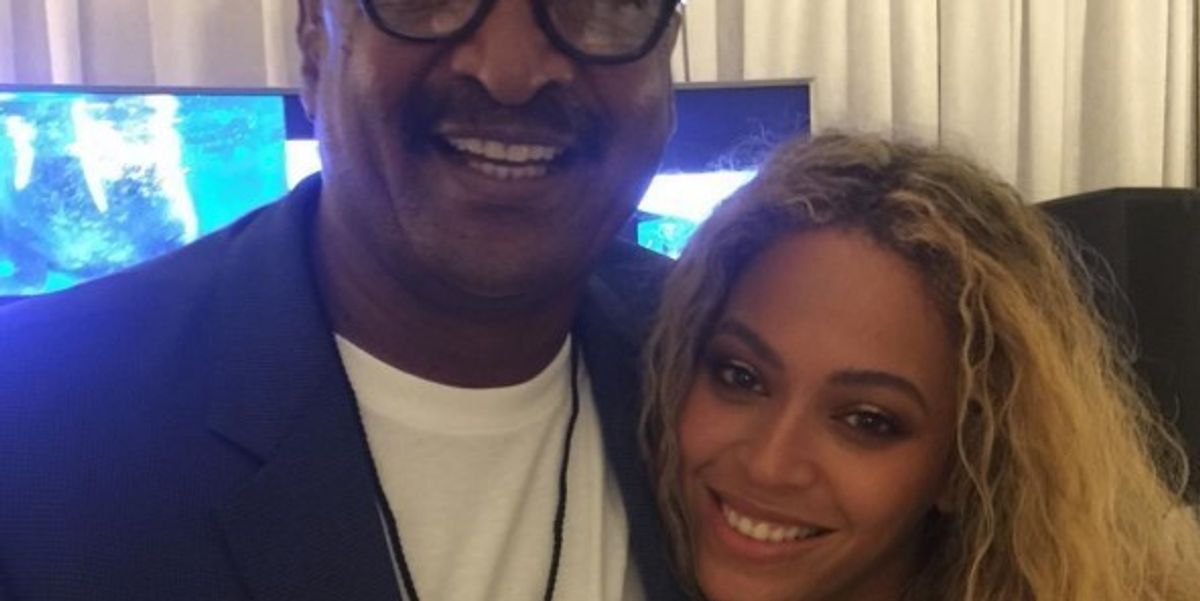 It's no secret that Beyoncé and her father Mathew Knowles have had their issues in the past. It was only about six months ago that, Knowles, his daughter's former manager,was charing $199 for his seminar on the secrets to her superstar success, also alledging on a morning radio show around the same time that she was lying about her age -- painful transgressions that Lemonade seemed to address head on. As she did with her own marital tumult and Jay Z's alleged infidelity, Beyoncé didn't hesitate to put her problems with her father on display with the country-tinged track "Daddy Lessons." Mathew and Beyoncé's mother, Tina Lawson, divorced after 31 years of marriage in 2011, but separated in 2009, after it emerged he'd fathered a child with another woman.

But, since the release of Lemonade, it looks like Beyoncé, her father and Lawson have all made peace. On Wednesday evening, Beyoncé's mother snapped a photo of the icon and her father right after her Houston performance with the caption, "Houston Concert proud dad!!!!"

We're so happy to see the dad-daughter duo together once again.