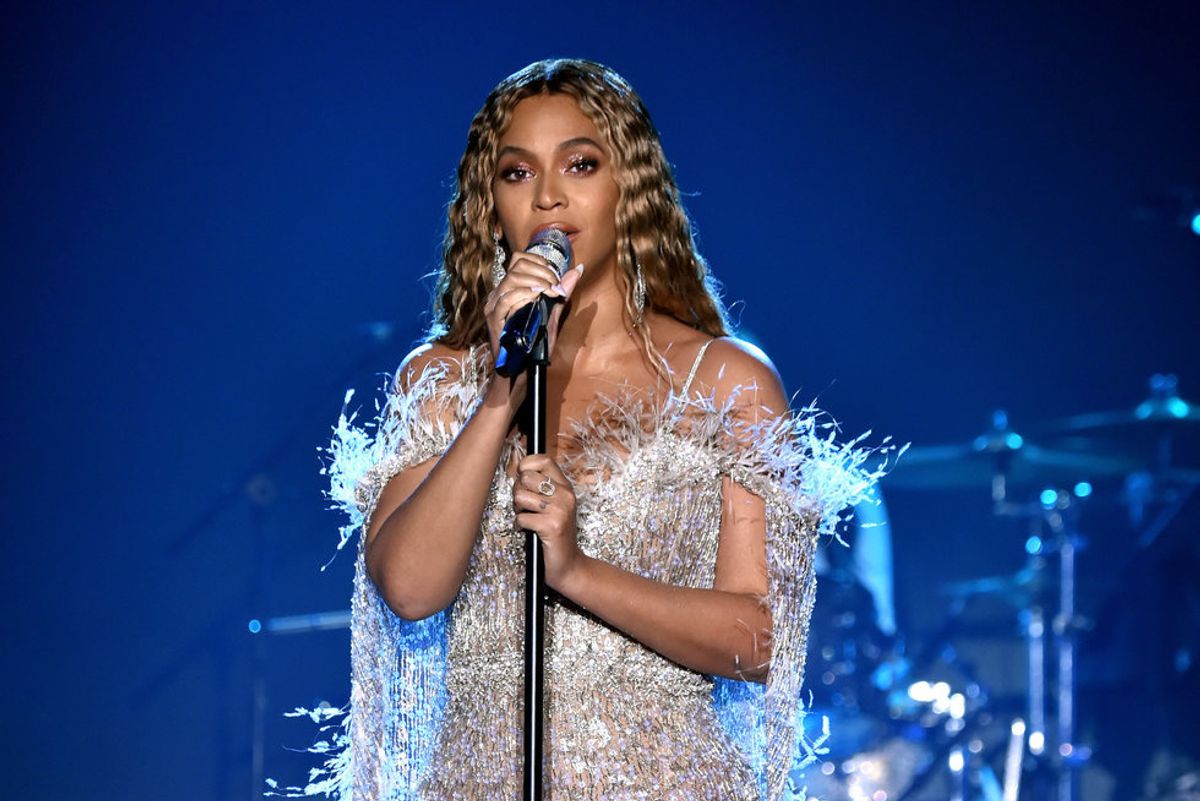 A bunch of previously unreleased Beyoncé songs appeared on Spotify and Apple Music late last night, igniting the Beyhive and sparking speculation that she was once again surprise dropping new music. But fans were quick to realize that the "new" tracks were actually just old bootlegs and everything was mysteriously deleted by midnight.

Appearing under the artist "Queen Carter," the two albums were titled Have Your Way and Back Up, Rewind. The track titles hearkened back to a way earlier Beyoncé era: "Hey Goldmember," "Lost Yo Mind," "Crazy Feelings" are all very 2000s-sounding.

(Let's pause for a second to fondly remember Beyoncé starring in an Austin Powers movie. Wow! Actually a thing that happened. Okay, moving on.)

SZA and Ariana Grande have both had their old (and slightly embarrassing) music mysteriously uploaded onto streaming services lately, so something's afoot. PAPER's condolences to everybody who got fired over this, or was on the receiving end of an angry phone call from Carter HQ.

We'll embed the bootleg music below, but unfortunately you can no longer listen to it.